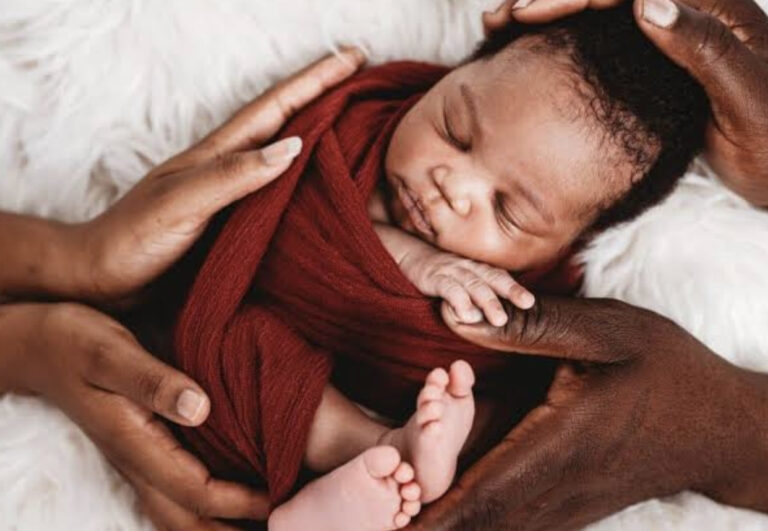 In Africa, names aren’t just merely given when a child is born. Names carry history and legacies and that’s why every indigenous African name is deeply meaningful. This article highlights 60 Popular African boy names and their meanings just incase you are thinking of giving your new born son an African name.

For the rest of our lives and even after, our name follows us. To give meaning to the lives of the newborns, considerable emphasis is paid in African tradition to the naming procedure. African baby boy names have origins in several distinct African cultures. The following African boy names have been derived from a variety of societies and places, including South Africa, Ghana, Uganda, Swahili, etc.

The majority of African boy names listed in this article  are brief and have a profound significance. To make things simpler, we have curated 60 popular names from from various African communities and traditions. Choosing an African name for your infant  can be a difficult undertaking, but the names listed here will assist you in doing so.

The following African boy names that are drawn from different countries and cultures in Africa. Most of these names have a much deeper meaning apart from their literal meanings.

This is a beautiful and rare African boy name from Ghana. This name is unique and means “warrior”. The name carries a lot of energy and hype.

This is  a Gambian variant of the name Adam. It is a unisexual name that means “a beautiful child”.

This is a name that has its roots in the Ethiopian culture. It is a popular name in African regions and its meaning is “flower”.

This name is of Swahili origin. Its meaning is “stern”. It signifies the strength of a male.

This beautiful name has its origin in the Swahili and Kiswahili culture. It means “the precious one”.

This name is very popular as it refers to the phrase “Father has returned”. The kids who resemble their grandfather are given this name. This is a Yoruba name from west Africa.

This name is given to the one who is born on the full night. It has its origin in the Swahili language.

This is an African unisex name that means “the tenth child”.

It is a West African boy name, which means “teacher”. This name has a positivity associated with it.

It is a very catchy name that means a king. It is a very popular name in the Ghana tribal communities.

This is a west African boy name from the igbo tribe found in Nigeria. It means God has blessed

This is also an african boy name from Ghana, which means “patience”.

This is an Efik/ibibio name from the southern part of Nigeria. It means “born on a market day”.

It is a very rare name of Nigerian Efik/Ibibio origin that means “crocodile”. This name is significant in power.

It is a Kiswahili word with meaning “knowledge”. Kids with this name are generally considered to be very smart and sharp.

This name is particularly popular in Eastern Africa. It means “a man of peace”.

This name can be shortened to be called Getty or Get. It is an Amharic name for a baby boy and its meaning is “master

This name has its roots in the Somali culture and it means traveler.

It is a very trendy name. The rhyming sequence of this name makes it very catchy. This is a South African name with meaning “like a grandfather”.

This name has a dynamic vibe associated with it. It means “happiness” and it is sure to bring joy and happiness to your little one’s life.

If you are looking for a name that is very easy to call and pronounce, Hondo is the best name for your boy. It means war. This name has huge popularity in Zimbabwe.

It is a very beautiful name in the Swahili culture. It means  “creek”.

Jaja is a Nigerian male name, which means “God’s gift”.

Jawara is a famous name in Senegal and Gambia regions. This name means “one who loves peace”.

It is a Kenyan male name. It is the name given to someone who is born during the dry season.

This funky name is originally from Kenya. Jomo means “a farmer”. It is a cute and short name that can be easily remembered.

It is a famous Ugandan  name. This name is very loved in the royal tribes of Uganda. It means “king”.

This cute African boy name is from Uganda. It is a very catchy name which means “the second-born twin”.

This name is originated in the West African region. It has seen exponential growth in its popularity among the African communities. It means  “one who worships”.

This is a very musical african boy name from East Africa.  Kenyatta means “a musician”.

This name is inspired by a phrase famous in Tigrinya. The meaning of Kifle is “my share, my due”. It is a very manly name for your little Superman.

It means “developed” in the Amharic language. The beauty of this name is that it carries such a deep meaning in such a small name.

If your baby boy was born at night, this is an apt name for him. This is because of the meaning of the word “Othieno” which refers to the one who is born at night.

It is the most loved and popular African boy names in the whole world. Made even more popular by the movie “Lion King” The literal meaning of Simba is “a lion”.

This name carries dignity and pride in it. The meaning of Teferi is “the one who is powerful and is feared by rivals.”

This name can be shortened to Uche. It is a very cute African boy name from the Igbo ethnic group and it means  “God’s will”.

This is a cute name that can be shortened to be called Wang. It refers to a person who owns several cows. It has its roots in Kenya.

It is a South African name that means “live in peace”. It is used interchangeably with Xola, which has the same meaning.

It is a name that was originated in Western Africa. This unique African boy name has a beautiful meaning as well. It means “God’s gift”.

Like many Yoruba names, Abidemi references the circumstances of a child’s birth. This unique name is used when a baby’s father is temporarily away from the family home when the little one is born.

The meaning of this strong African boys’ name makes it ideal for the first son of a family that has Ibibio ancestry.

There’s something about the rhythm and sound of Akpofure that we adore. In addition, if you’re looking for an ironic Urhobo boys’ name, then Akpofure is the one for you because there’s little that’s peaceful about a crying newborn.

Azubuike is an Igbo African boy name. It means the past is your strength.

Cali has recently become relatively popular in the US. However, the popular form of Cali is the girl’s name, a variant spelling of Callie, and not the boy’s Somali form.

Chikondi is a Chewa African boy name that means love.

The Mwera name Chiumbo means small. This is the ideal African boy name if you wish to honor your family’s Mwera heritage, and your baby is a tiny package of joy.

Efe is sometimes used as a stand-alone name but is more often a short form of other names beginning with the letters efe.

This lyrical African boys’ name is ideal for those who have struggled to become parents, or perhaps for a rainbow baby.

If you are looking for African boy names or warrior names, this gorgeous Kikuyu moniker gives you the best of both worlds. Plus, it has cute nickname potential with either Kam or Mau.

Some Kikuyu names began as nicknames. A grandfather might be known as Kamotho and then when his grandson was born, parents would ask permission to use his name for the baby. Consequently, Kamotho moved from nickname to “proper” name.

One of the central tenets of traditional Kariuki beliefs is that parents are a child’s direct link to God through their dead ancestors. Consequently, Kariuki is a name of great meaning and significance.

Katlego is a Tswana name that means success.

Katlego is a gender-neutral Tswana name used predominantly in Southern Africa, as is the Sotho name Katleho which also means success. Both Tswana and Sotho are official languages in South Africa.

Kofi is an Akan name, meaning born on a Friday.

Naming your child after the day of the week on which they’re born is a common Akan custom. Names have other associations, according to the traditional Akan calendar. Kofi is associated with fertility

The Hausa are one of the largest ethnic group in sub-Saharan Africa. The largest Hausa populations are in modern-day Nigeria and Niger.

Kgosi is a Tswana name meaning king or chief.

Kgosi is the hereditary title for the king or chief of a Batswana tribe. The Batswana people live in what is now called Botswana and the North and North-Western areas of South Africa.

Chewa is also known as Nyanja and is the official language of Malawi and Zambia. A specific dialect known as Town Nyanja is used in the Zambian capital, Lusaka.