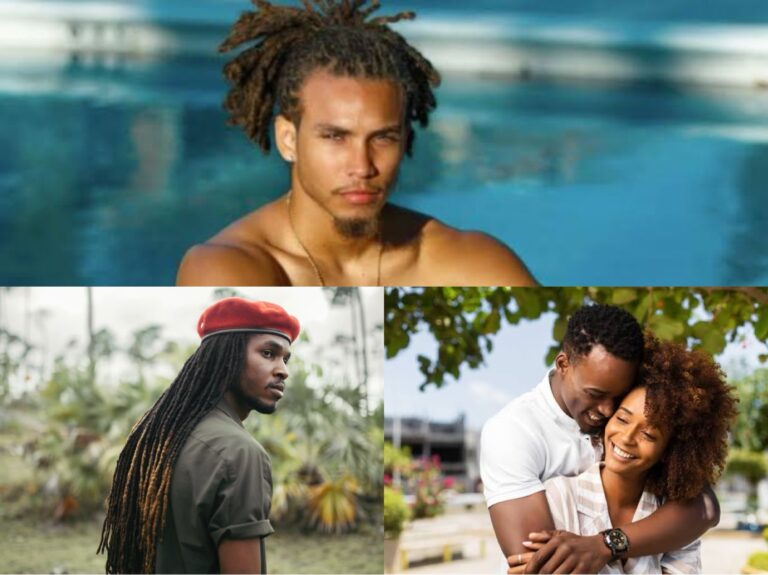 Being in a relationship with someone from a different culture can be quite exciting, and if you are not a Jamaican but are dating or planning to date a Jamaican man, you can be in for a real treat. Although there are certain preconceived notions associated with dating a Jamaican man, it’s critical to remember that everyone is unique and that stereotypes cannot be used to guide your decisions. The best way to find out about someone is to get to know them.

That being said, there are certain general beliefs about dating Jamaican men and what you may encounter from dating a Jamaican man and that’s what this article explores.

It’s crucial to prepare yourself with as much knowledge as you can before navigating the complicated world of dating. If you and your new partner can express how you’re feeling to one another, your relationship will be healthy. Be open and honest in your communication.

Jamaican men are renowned for upholding many of the stereotypes about them. These stereotypes might be conflicting, ranging from cheating to being a family man.

When it comes to cultural differences, just because a Jamaican man doesn’t do something doesn’t mean he won’t do it after you communicate how you feel about it. Jamaican men are also known to  adore their mothers and their families.

As we go through the list of things to know about dating a Jamaican man, it’s important to note that not all Jamaican men fall into these categories, but if you’re not careful you might not realize there’s a problem until it happens. Communication really is key.

In the life of a Jamaican man, food is significant. He’ll expect the same in a relationship because his mother will have fed him home-cooked meals throughout his childhood. He doesn’t typically eat fast food, but ordering a fancy takeaway meal in and having it delivered to your home is certainly an option although not his most preferred option.

Even though some Jamaican men are superb cooks and like cooking, they nevertheless expect their wives to cook as well. A professional lady who works all day would find this difficult to adjust if her Jamaican man is big on eating food made by her.

However, dating a Jamaican man can be the ideal recipe for couples who enjoy cooking (and dining) together.

They are also known for the size of their sexual instruments and can be delicate lovers, although rough sex is not unusual with a Jamaican man. For Jamaicans, sex is an open topic, and they aren’t shy about talking about it in front of their relatives and friends.

They have a strong sense of masculinity, and because of this, they are the ones that initiate all sexual contact. They like ladies who give them this chance because it makes them the happiest.

This is a dicy one and you may have to find out from your Jamaican man what he believes about going down on a woman. But based on stereotypes and wildly shared notions, Jamaican men do not go down on their woman. Most of them probably do it but they may not admit  to it in public.

Jamaican men enjoy oral sex, but it only works one way for them. Some of them  think they are entitled to it, and they enjoy it when a woman gives it to them. But it’s a one-way street for a lot of Jamaican men.

The lack of oral sex between partners among Jamaican men is well-known and sometimes it may not be up for even a discussion.

They will just not do it. Oral sex is something that some guys believe makes them less of men, while others simply find it disgusting. But make no mistake, they fully anticipate that their women will do it for them despite the fact that they may not want to do it for a woman.

The irregularities on oral sex with a Jamaican man is such a common occurrence that it has the potential to ruin a relationship. Oral sex is definitely something that many women can live without, but it’s more upsetting to be expected to perform the act for your partner when he  won’t do it for you.

This is a significant matter for many people, so before getting too committed, be sure you both understand the position of your Jamaican man  on the matter and how you feel about it.

Jamaican men love their families and a deep love and reverence for their mothers is a common trait for Jamaican men.

Since they are essentially mama’s boys, he will always value his mother’s opinion above everything else. You can win him over if you win his mother over.

A Jamaican man may not be looking to settle down the right way, but when he does, he wants a family. His family is everything, thus it’s crucial for him to have them close by whenever feasible.

Their love for family also translates into their desire for a large family.

A woman dating a Jamaican man shouldn’t assume a serious relationship exists just because they’ve been invited to meet his family because Jamaican men are always around their family and are very likely to introduce you to their family members without any further plans for commitment.

We are not completely definite on this one but we had to include it because it is a recurring rumor that the average Jamaican is most likely Many women Jamaican women have been asked if they believe it’s true that Jamaican women or women in a relationship with Jamaican men just accept that their men are going to cheat.  They have been reported to say that it’s not something Jamaican women accept; but they can’t stop a man from doing what he’s going to do, if he’s going to do it. They can only decide what they’re going to do in response to his infidelity. A Jamaican man is naturally predisposed to be a flirt.

Although the flirting is usually harmless, if you are not comfortable with your man flirting with all the pretty ladies he sees, then this might be a big problem for your relationship. And this flirting could also lead to other problems.

The problem with Jamaican men who flirt with everyone is that some Jamaican men believe that being monogamous isn’t for them. They cheat, not because they are unhappy with the relationship but because they want to be with multiple women at the same time. For these men, sometimes it’s partly cultural.

You might not have much time to spend together because it is typical for a Jamaican man to work more than two jobs. A Jamaican man could have 10 different jobs going at once, or they might only have one. In either case, he will be working to provide for his family. Although it is a stereotype, it does include some reality. Your man will likely have a reasonably strong work ethic whether he works three jobs or just one.

Jamaican males make excellent traveling companions. They have a great sense of adventure and aren’t hesitant to attempt new things. If you want to make your trip to Jamaica special, they are also excellent tour guides. Due to their tendency to be tall and well-built, Jamaican men frequently participate in a variety of sports that maintain their well-known physiques in shape and ready for action.

The stereotype of Jamaican men being party animals is quite true. So as you get to know one another, get ready for lots of club and party dates!

Although Jamaican men enjoy having a good time, they are not afraid to be serious and work hard to improve their lot in life.

In conclusion, never make a generalization about someone based only on a stereotype because cultural stereotypes are problematic. Nevertheless, stereotypes frequently draw from factual data. Dating a Jamaican man can be very entertaining, and their joy of living and love of family make them great partners. It’s crucial to realize that for certain Jamaican men, behaviors like flirting and infidelity are second nature. If your relationship is open, that’s one thing, but you should still ensure that you and your partner are in agreement on how your union is doing. Like any relationship, things will go better overall if you talk to each other more.