A Black Woman, Tia McWilliams Has Made History As The First African-American Woman Sheriff In Her County 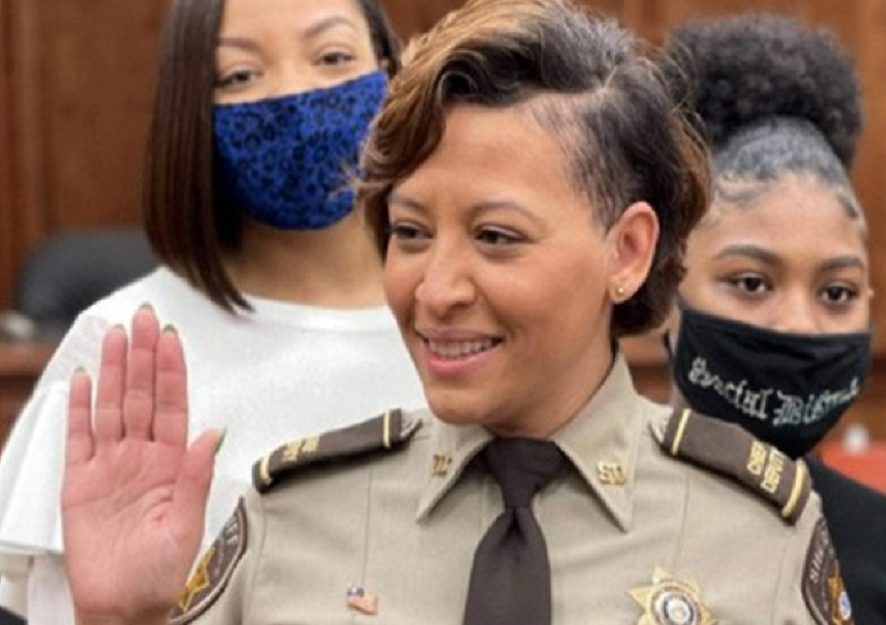 According To Face2Face Africa, a black woman Tia McWilliams, has made history as the first-ever African-American woman sheriff in Taliaferro County.

In November last year, Georgia’s most populous counties made history electing four Black Sheriffs for the first time ever in a time when law enforcement officers have come under heavy attacks. Another woman sheriff in rural Georgia, Tia McWilliams, has also made history as the first-ever African-American woman sheriff in Taliaferro County.

After nearly twenty years of working with the Sheriff’s office, most recently as Chief Deputy, McWilliams is excited about her new position, a role she would have never envisioned for herself as a child in Georgia because there were barely any women police officers.

She admits she got into law enforcement after a friend recommended her for a role and now she is willing to do the same for others while inspiring the next generation of Black women to chase their dreams.

“When I found myself to be unemployed and looking for a job, it was by a friend who I had helped that I was able to be referred to this position,” she recalled.

“Allow me to be a beacon of light in this world and allow me to shine bright for all those who I encounter,” McWilliams said to WBTW.

After her latest appointment, she decided to declutter her life by having a 21 day fast to help focus on giving out her best. “I immediately went into a 21 day fast and I cleaned out all distractions and anything that would allow me to be distracted from doing my absolute best,” the Sheriff told NewsChannel 6’s Shawn Cabbagestalk.

McWilliams is in a male-dominated workforce but she is ever ready to deliver because she certainly brings her expertise to the table regardless of her gender, she said. She added that she is ready to “step up to the plate” and serve the people of Taliaferro County to the best of her ability.

Although it’s been a long time coming for a Black woman to wield such authority in her county, she acknowledges there is a higher power who knew exactly when to give her this opportunity.

I don’t think it took long. I think to everything there is a time and season and God is always in control. This is a male-dominated world, but in the words of the Godfather of Soul, James Brown, it’s a man’s world, but it wouldn’t be nothing without a woman or girl,” McWilliams said.