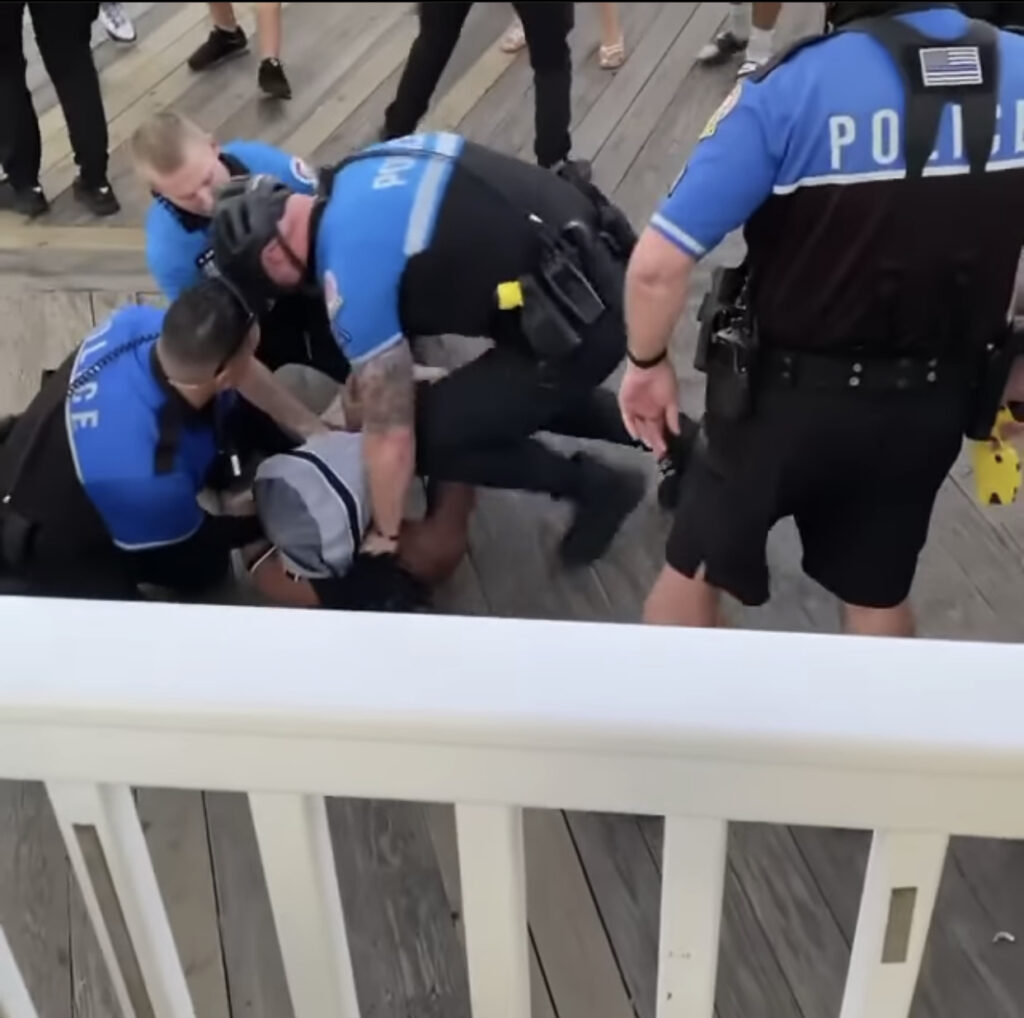 Police officers in Ocean City, Maryland are apparently being investigated after video footage showed them beating; and tasing Black teens Saturday for vaping on the Broadwalk.

Ocean View officials have said in a statement that they are reviewing the officers’ behavior but mentioned in the same statement; that officers are allowed to use force in response to a hint of resistance from a civilian; this sentiment is especially cringe worthy because one video clearly shows a Black teen with his hands raised being tased within a split second of him lowering one hand towards his backpack. 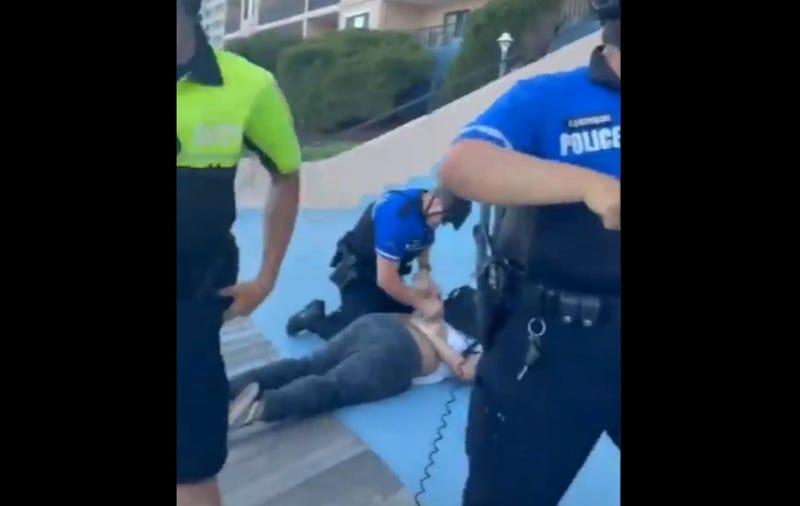 The Washington Post reports that four teenagers were arrested after the incident, which was recorded by witnesses in videos that have since gone viral.

One video shows a group of officers struggling with one of the teens who was on the ground; when one of the officers began repeatedly kneeing the teen; while other officers held him down and another officer is heard shouting, “Stop resisting!”

Ocean City officials wrote in a statement that “Our officers are permitted to use force, per their training, to overcome exhibited resistance, ”; but many people are still wondering why the cops felt the need to go so hard in enforcing the city’s vaping laws.

In the video that shows a teen being tased while his hands were up; a bystander can be heard shouting at an officer, “He was standing there! You all did that for no reason.”