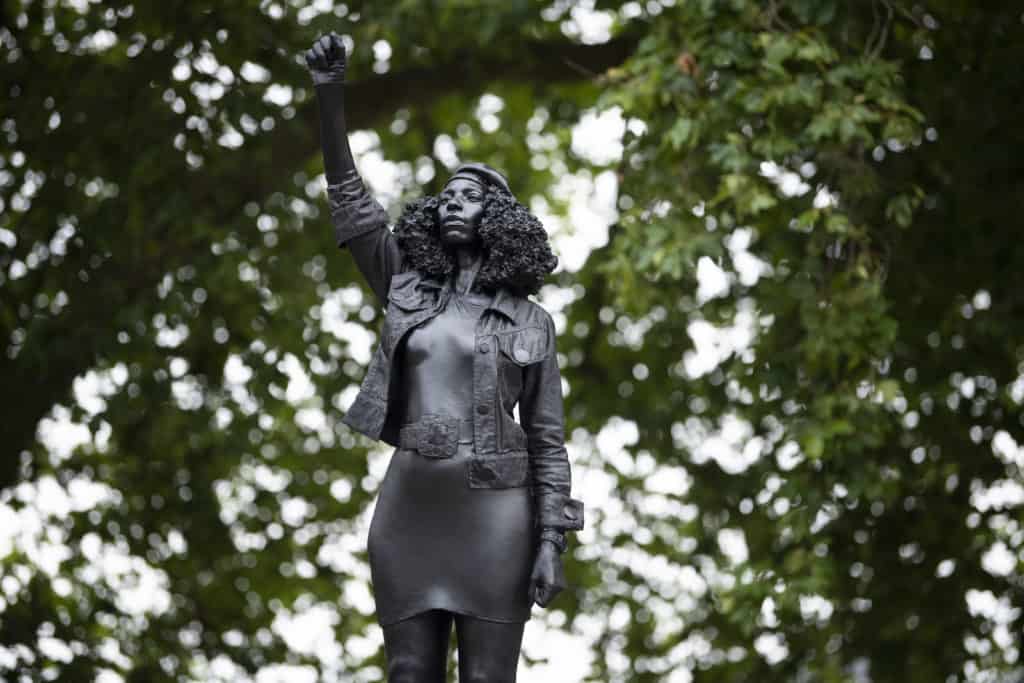 Last month Black Lives Matter protesters in the U.K. tore down the statue of Edward Colston, who was a 17th-century slave trader. Afterward, they took the statue and dumped it in River Avon. A month later, and a whole new statue of a Jen Reid is standing on the plinth where the Edward Colston statue once stood.

According to CNN, British artist Mark Quinn created the statue of Black Lives Matter protester Jen Reid based off of a photo he had seen of her on social media. Jen, who is a Bristol resident, climbed on top of the empty plinth as she made her way home from the demonstration back in June.

Mark created a life-size statue of the moment and said the statue is “an embodiment and amplification of Jen’s ideas and experiences, and of the past, present and her hope for a better future.”

The statue, which is titled, “A Surge of Power,” will temporarily remain on the plinth as Mark confirmed he did not receive permission from authorities to erect the statue. However, if the piece does sell, the profit will be donated to two charities chosen by Jen.

Jen also spoke about the life-size statue that was created in her honor and said, “When I was stood there on the plinth, and raised my arm in a Black Power salute, it was totally spontaneous, I didn’t even think about it. It was like an electrical charge of power was running through me.”

She continued to say that she agreed to collaborate with Mark to “keep the journey towards racial justice and equity moving.”

As we previously reported, several videos posted throughout social media showed protesters using a rope to take the Edward Colston statue down from its pedestal. They are then seen taking it over to River Avon, and throwing it in as it quickly sinks.