The Abolished Church Of Latter Day Saints Theology That Says “Blacks Are Not Good Enough To Enjoy Heaven”. 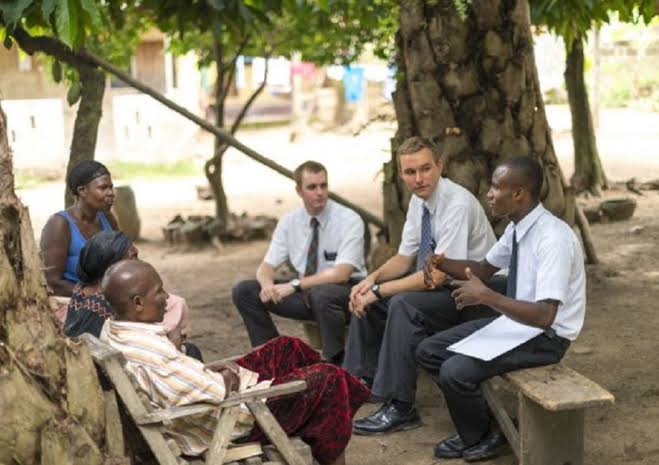 There is indeed a lot of ugly history that denigrates blacks that are embedded in religion. To think that slavery came with religion. One of such instances of denigration is the church of Latter Day Saints. They believe that black people were created only to be cursed, even in death.

The Latter-Day Saints (LDS) was founded in 1830 by Joseph Smith. The Church’s founder is regarded by LDS members as a prophet to whom God revealed the secrets of ancient history and philosophy for the good of mankind.

These secrets and philosophical teachings are regarded as scriptural and contained in the Book of Mormon and other texts. LDS members are, however, still regarded as Bible-believing Christians.

But if the secrets of the Book of Mormon was supposed to be for the good of all people. Black people were not quite what LDS intended.

Face2FaceAfrica reports that; According to the theology of the Church before 1978, black people were welcomed but could not join the priesthood. A male-only hierarchy among the principles of becoming a dyed-in-the-wool Latter-Day Saint man.

People of African descent were also excluded from temple worship or ordinances. Except for the baptism for the dead, a vicarious baptism on behalf of dead people.

What both of these stipulations meant was that black people could neither be leaders nor integral members of the LDS community.

The lot black people had, according to Church theology, was already something that the theology afforded to all. This was going to heaven, the lowest level in heaven.

But the theology also taught that if one was not “sealed” in a Church temple, one could not enjoy the benefits of the higher heavens. Black people were, therefore, “condemned” to the lowest significance even in death.

But the Church’s anti-black theology did not prevent some black people from joining for whatever reason.

Jane Manning James and her counterpart, Elijah Abel, are in recorded history as black members of the LDS sometime in the 1800s. Abel was even consecrated into the priesthood. 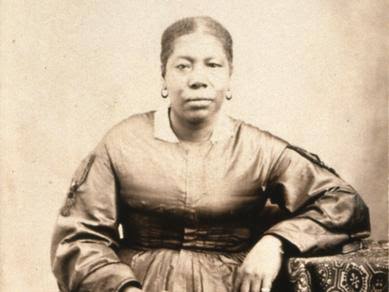 But neither of the two people was “sealed” in a Mormon temple. Their requests to be made full members of the Church were denied.

For the Church, the enameling of its stance on the issue of black people kicked off after the American Civil War that made slavery illegal. Utah, the mecca of Mormons, has been a slave state that was forced to deal with the new significance black people had attained after 1865.

This was the period that the second president of the LDS, Brigham Young, presided over the affairs of the Church. Young was a firm believer in the myth of the Curse of Cain.

The Curse of Cain is in reference to the punishment God placed on Cain, brother of Abel, in the Book of Genesis. Western theologians who aimed to justify slavery theorized that black people were descendants of Cain.

This justification operates in the same vein as the Hamitic hypothesis, the idea that Africans are descendants of the cursed son of Noah, Ham.

Attempt At Restitution By The Church

But a hundred or so years after the death of Young was a much different time. The Church was trying to grow globally with Africa in mind. whilst it wrestled with the scorn the civil rights struggle directed its way in the U.S.

In 2018, the members of the Church of Jesus Christ of Latter-Day Saints marked the 40th anniversary of a historic church development under the theme “Be One”.

The Church’s leadership said the commemoration was to bring people together against “prejudice, including racism, sexism, and nationalism.” This was well and good but the moral import of the occasion is forgivably unknown to many.

In 1978, the Church’s then-president, Spencer Kimball, declared that he had received a revelation from God. The message was simple – men of African descent could now be consecrated into the priesthood. And there was to be no more temple restriction on black people.

This is a poor attempt at making amends. The population of people of African descent as part of the membership of the church is minute. However, there Shouldn’t even be any black people at all in this religious organization.

What did black people ever do to deserve all these various kinds of insults?