Actress Jenny Slate Says Black Characters Should Be Portrayed By Black People, As She Abandons Her Role As “Missy” On “Big Mouth”

Netflix subscribers could not get enough when the streaming platform dropped its original series about adolescence and puberty, “Big Mouth”. One star of the show, Jenny Slate, has made a decision she hopes will help black actors have more opportunity within the industry–she quit the show.

In an Instagram post, Jenny announced she would be leaving her role as Missy, one of the only black characters on the series, in order to acknowledge how her white privilege has contributed to white supremacy.

“I have come to the decision today that I can no longer play the character of ‘Missy’ on the animated TV show “Big Mouth”, she writes. “Missy is also black and black characters should be played by black people. I acknowledge how my original reasoning was flawed, that it existed as an example of white privilege and unjust allowances made within a system of societal white supremacy, and that in me playing ‘Missy’, I was engaging in an act of erasure of black people.” 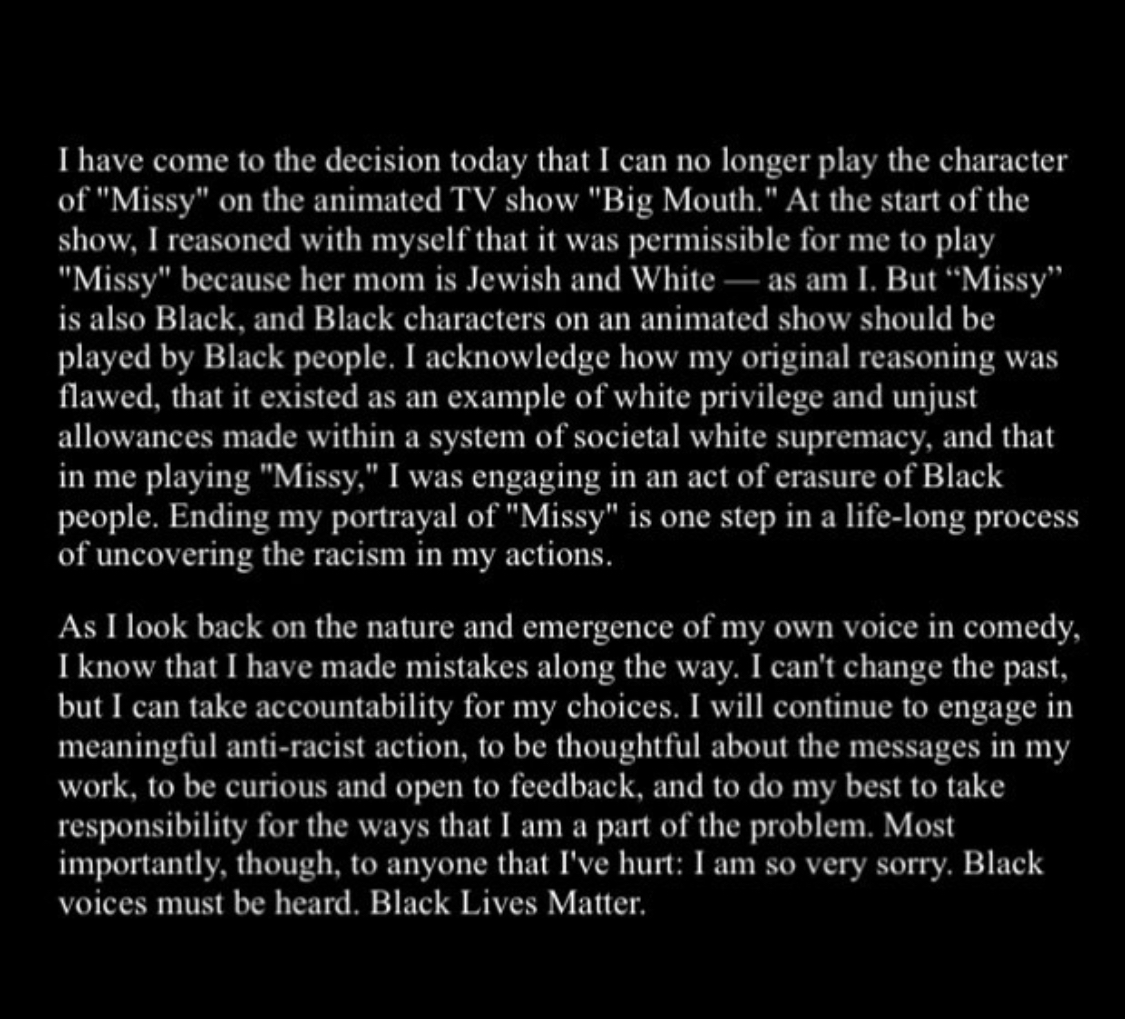 Missy’s character plays an integral part in the plot of the show, as sh appears as of the few people of color black people on the series. Her character portrays an important piece of intersectionality, as she is not only black, but Jewish as well. As a Jewish woman, Jenny says she felt she could relate to the character, but wishes to change the way that racism impacts black actors.

“I can take accountability for my choices,” she says. “I will continue to engage in meaningful anti-racism action, to be thoughtful about the messages in my work, to be curious and open to feedback and to do my best to take responsibility for the ways that I am part of the problem.”