Africa Was Never A Dark Continent 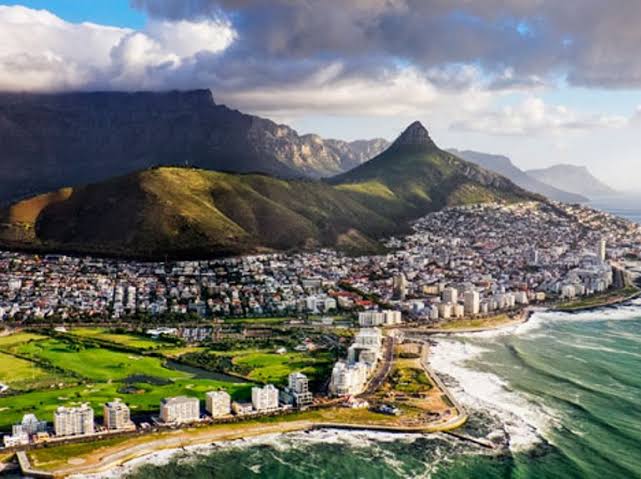 “Until the lion learns how to write, every story will glorify the hunter” -An African Proverb that depicts the thwarting of the great pre colonial history of Africa.

Countless times I’ve had to agonisingly listen to fellow Africans being grateful for slavery and colonisation, because to them, if the whitemen did not come, Africa would’ve remained a ‘dark continent’ Africa would’ve remained ‘uncivilised’ They are convinced Africa and Africans were savages dying of hunger, starvation and diseases until the white man came to the rescue. They say Africa wouldn’t have had education or know God if slavery and colonisation didn’t happen.

To every Igbo, black person or African who falls into this category or has same mindset. I have a message for you.

Igbo race, like every other African culture were progressing and developing in all spheres of life at their own pace pre slavery and colonial era.

The Igbo people had:

Move the western world and African world back 600/1000yrs ago, then maybe we will understand who was civilised and who was dying of hunger and diseases.

But as many black people and Africans have wondered and asked how things were with Africans prior to the invasion, many have believed we were naked savages jumping from the trees, I will give you a glimpse.

Africa from east, west, north and south have left behind evidences of a progressive people, an evolving people in every sphere of life before the abrupt disruption by slavery era, and colonial era.

1) #Education: By 16th century Mali ?? was the hub of international students, they had the famous university of Sankore, Sidi Yahya university and Djinguruereber university.
The Sankore university had capacity of about 25,000 students, with over 100,000 manuscripts. The evidence is still there in Timbuktu.
Not forgetting the famous Library ? of Alexandria in Egypt founded in 295 BCE.

2) #Metallurgy: Africans had successfully progressed and evolved from the Stone Age to the Iron Age and Bronze Age simultaneously. The evidence is there closer to home.
The Igbo Ukwu bronze in 8th & 9th century.
The Ife bronze in the 13th century
The Benin bronze in the 16th century. The Benin people were also manufacturing glass and glass beads. The Great Wall Of Benin, is considered arguably the largest single archeological phenomenon in the world, it was four times longer than the Great Wall Of China, and consumed a hundred times more materials than the great pyramid of Cheops. They couldn’t have been idiots and not civilised to have achieved such feat.

The evidences of African metallurgical developments are out there all across Africa, the Sahel, sub Saharan Etc. You just need to educate yourself.

3) #Mathematics: Just educate yourself about the concept of “Fractal Geometry” which was in existence in Africa long before recorded history, and it is quite evident and applied in games, arts, social design structures, architecture, divination and trade systems.

Read up on Binary Numeral System, Which was credited to Africa and widely known through out Africa before it was known to the rest of the world. This Binary numeral System influenced the western Geomancy, which would lead to the development of today’s digital computer.

The oldest evidence of mathematical symbols were found in the mountains of Swaziland ??, South Africa ?? and Congo. They’re called;
A) lembombo bone (35,000 BCE)

The dangers of smoking tobacco was documented in the Timbuktu manuscripts long before the West begin to discover the effects of tobacco to the human body.

The concept of Inoculation was already a common use in west Africa, before any European showed up on African shores. The west Africans were already inoculating themselves against small pox, read about the Akan people in Ghana.

In Djene they’ve already discovered mosquito as a common cause of malaria and removal of cataract was a common surgical procedure.

In east Africa, the likes of Uganda ?? and Rwanda ?? were already performing Caesarean sections on a regular basis in the early 19th century.
The expectant mother would be anaesthetised with banana ? wine and herbal mixtures were used to initiate healing.

Dear African child, just take some time out and research on precolonial and pre-slavery Africa and our developments, growth and evolutions on Textiles, Agriculture, Architecture, Maritime Technology, Commerce Etc.

When it comes to the real history and story of Africa and Africans prior to the encounter with the white man, many Africans are suffering from temporary and permanent amnesia, which has resulted in developing a Stockholm syndrome mentality, that they’ve become grateful for slavery and colonisation, because they thought and believe we did be doomed had we not been colonised. Well, I’m not surprised, for we are a product of an education that taught us “Mongo Pack discovered river Niger” and David Livingstone discovered Zambezi river. Many Africans still believe it till today.

As Honourable Marcus Garvey said “If we as a people realized the greatness from which we came we would be less likely to disrespect ourselves.”—Marcus Garvey

Be an African warrior, know yourself, know your story and history not His-story.

Until the lion tells his side of the story, the tale of the hunt will always glorify the hunter.

This article was written and contributed by UBA ACHO