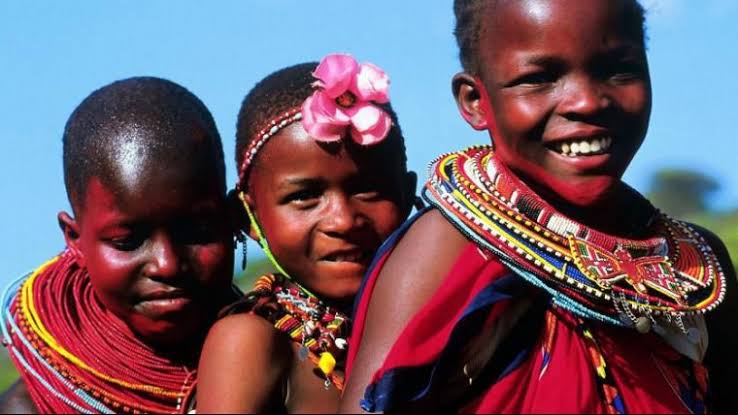 For several years there has been a debate about which country in Africa has the best national anthem. If you gather ten Africans from ten different countries, you are likely to hear each of them rate their country’s anthem above the others. It is normal and shouldn’t be surprising.

What is a national anthem?

This song is usually endorsed by the government of the country as the official song. In some other cases, the song becomes very among the people by convention and thus by default becomes the national song. It is usually composed and song in the most common language in the country. In Africa, most national anthems are sung in the lingua franca of the country which is mostly the language of the colonial masters over that region.

These national songs are sung to honor the country and its heroes and can be used in different contexts. What is common to all national hymns is the fact that there is always an etiquette employed while they are sung. In some countries people have to stand at attention, in others, they are required to remove headgear, and yet in others, they are required to salute. What do you do in your country?

Countries with the best national anthems in Africa

Africans are known to be a very passionate set of people and this is reflected in the kinds of songs we sing and virtually everything else we do. African countries are recognized as having some of the deepest and most inspiring anthems on the planet. This is probably because of the slave trade, colonial era, and the struggle for independence by most African countries.

These anthems are composed with very deep words which tell of the struggle of our past heroes, prayers to keep the countries together and hope for a brighter tomorrow. You definitely are itching to go through our list so here it is already, the top five African countries with the best national anthems. They are arranged in no particular order so just enjoy the beauty of the lyrics.

Kenya is a very large country in the Eastern part of Africa. The country is regarded as the eighth largest in the world by landmass and it has 47 semiautonomous counties. The country has a reputation for attracting loads of tourists yearly because of its diverse wildlife and beautiful nature parks. The Kenyan national anthem was composed by Kenyans in Kiswahili language in 1963. It is titled “Ee Mungu Nguvu Yetu” which means “Oh God of all Creation.” It speaks of the deepest convictions of the Kenyan people and their high aspirations for their country. It has three stanzas which are translated to English below:

O God of all creation
Bless this our land and nation
Justice be our shield and defender
May we dwell in unity
Peace and liberty
Plenty be found within our borders.

Let all with one accord
In common bond united
Build this our nation together
And the glory of Kenya
The fruit of our labor
Fill every heart with thanksgiving.

South Africa is known to be one of the last countries on the African continent to gain independence. Despite this, the country had a national anthem in use since the 1930s titled “Die Stem van Suid-Afrika” written in Afrikaans. In 1997, a new anthem was composed which is a hybrid song that brings together English words with the previous anthem and extracts of “Nkosi Sikelel‘ iAfrika” a nineteenth-century hymn. The anthem has four verses which mix Xhosa, Zulu, Sesotho, Afrikaans, and English languages. Check below for the translated version of the National Anthem of South Africa.

Lord bless Africa
May His glory be lifted high,

Hear our prayers
Lord bless us, your children.

Ringing out from our blue heavens,
From the depths of our seas,
Over everlasting mountains,
Where the echoing crags resound.

Sounds the call to come together,
And united we shall stand,
Let us live and strive for freedom
In South Africa, our land.

Egypt is recognized as one of the oldest civilizations in history. In fact, most regard it as the oldest, little wonder it had a national anthem as early as 1869. The first anthem was composed to honor the monarch at the time and was used till 1952 when the monarchy was deposed. A new anthem was composed by Mohammed Younis al-Qady and was adopted in 1979. The anthem, titled, “Bilādī, laki Ḥubbī wa Fūʾādī,” was written in Arabic. Read the translated version below:

I
Egypt! O mother of all countries,
You are my hope and my ambition,
And above all people,
Your Nile has countless graces!

II
Egypt! Most precious gem,
A blaze on the brow of eternity!
O my homeland, be forever free,
Safe from every enemy!

III
Egypt, noble are thy children.
Loyal, and guardians of the reins.
Be we at war or peace
We will sacrifice ourselves for you, my country.

Check out the Arabic version here.

Over the years Ghana has grown to be one of the most influential countries in Africa. Currently, Ghana sits at the top of the list of the fastest growing economies in Africa. The country gained independence from the British in 1957, which is when the anthem written by Phillip Gbeho was adopted. The anthem is titled “God Bless Our Homeland Ghana” and it has three stanzas. The anthem was originally written in English, read the lyrics below:

And make our nation great and strong,
Bold to defend forever
The cause of Freedom and of Right;
Fill our hearts with true humility,
Make us cherish fearless honesty,
And help us to resist oppressors’ rule

Hail to thy name, O Ghana,

To thee we make our solemn vow:
Steadfast to build together
A nation strong in Unity;
With our gifts of mind and strength of arm,
Whether night or day, in the midst of storm,
In every need, whate’er the call may be,

To serve thee, Ghana, now and for evermore.

Raise high the flag of Ghana and one with Africa advance;
Black star of hope and honor
To all who thirst for liberty;
Where the banner of Ghana freely flies,
May the way to freedom truly lie;
Arise, arise, O sons of Ghana land,

And under God march on for evermore!

Nigeria is the most populous black nation in the world and has been nicknamed the “Giant of Africa.” It has a very vast economy and is made of over 350 known tribes. The very cultural country gained independence from the British in 1960 and has had two national anthems since then. The first anthem was titled “Nigeria, We Hail Thee” but it was abandoned for the current one, “Arise, O Compatriots” in 1978. The anthem was composed of the lyrics of the top five in a competition organized for the purpose of writing a new anthem. These were put together and given rhythm by the Nigerian Police Band, directed by Benedict E. Odiase. The two-versed anthem was written in English, read the lyrics below.

to serve our fatherland

with love and strength and faith.

The labor of our heroes past

shall never be in vain,

one nation bound in freedom

direct our noble cause

Help our youth the truth to know

In love and honesty to grow

And living just and true

To build a nation where peace

And justice shall reign

That is it for the top five African countries with the best national anthems. We love to read your comments, you can drop them in the comments section below.