TOP AFRICAN DISHES EVERYONE SHOULD TRY 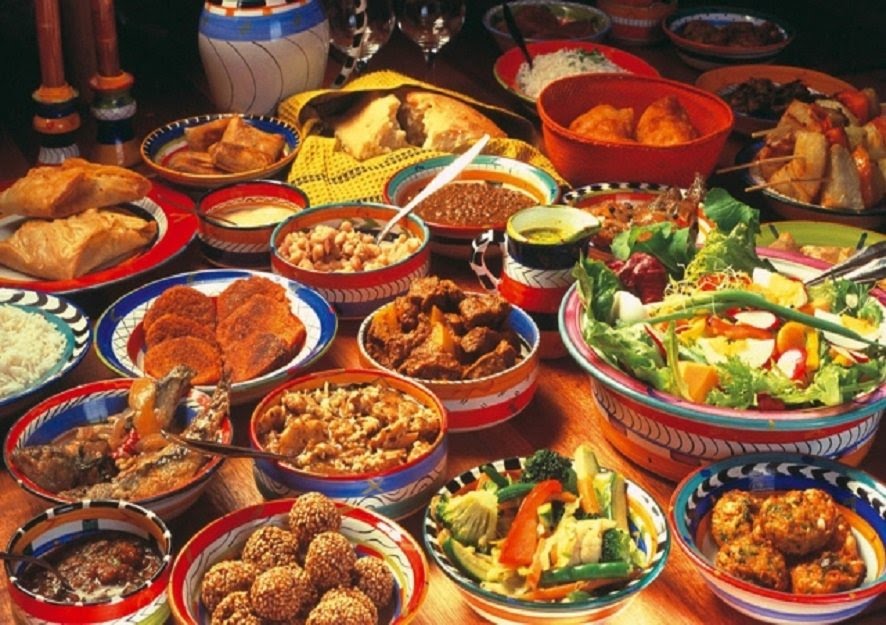 African dishes are distinctive varieties of rich and tasty foods, with different preparation techniques and consumption morale. Africa is a continent, blessed with some of the best food the world has to offer [African dishes].

Visiting the continent of Africa, without experiencing a taste of the different types of African dishes, is a trip considered to be incomplete.

Below is the list of African dishes to try whenever visiting the African continent. 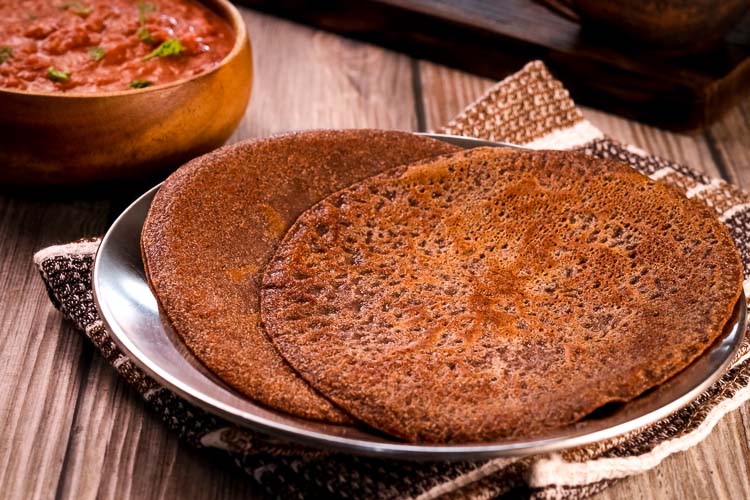 Injera popular in east Africa is a fermented spongy, crepe-like flatbread, that’s slightly sour, slightly sweet, utterly addictive and similar to pancakes. This dish is usually prepared from the traditional dish known as teff flour.
It is the national dish of countries like Ethiopia, Eritrea, Somalia, Yemen, Djibouti, and Sudan.

The benefit of eating Injera is that, not only is it tasty but also rich in fibre that helps in the regulation of bowel movements and keeping you feeling fuller for a longer period.
Furthermore, The teff use in the making of Injera is also great for reduction of blood pressure and maintaining a healthy diet. 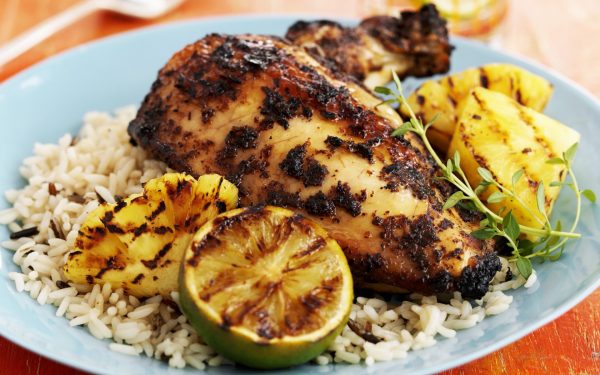 Pap en Vleis is a dish popularly known across the length and breadth of South Africa. It is a combination of Mzantsi’s Boerewors and Mealie meal; and always a lifetime adventure when eaten for the first time, which primarily is an assortment of maize, porridge, and meat.

If taken with a chill bear, you might not want to leave South Africa after eating. 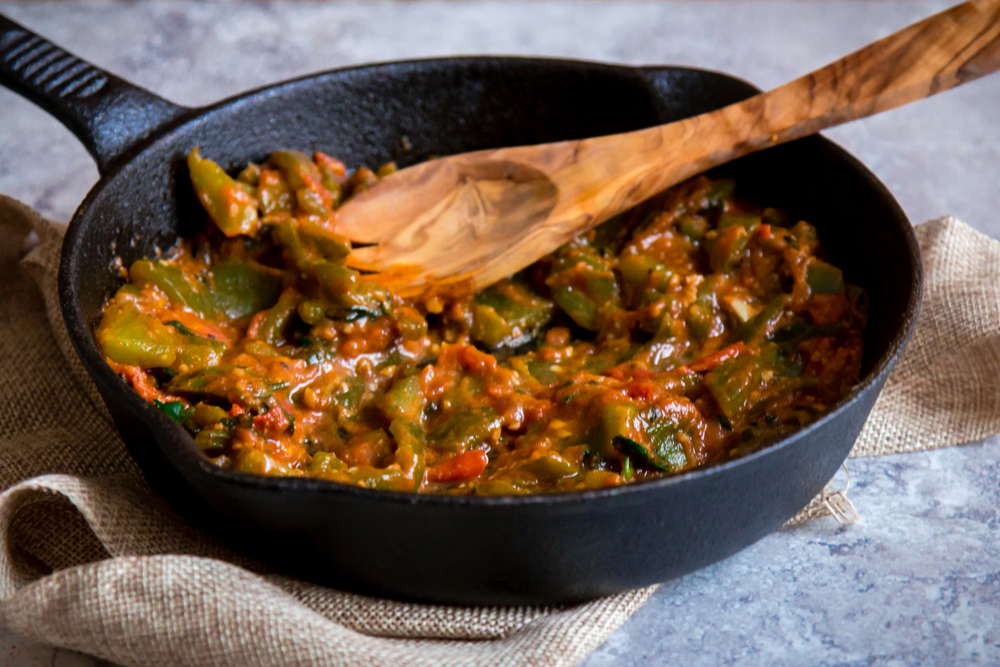 Taktouka is a healthy and nutritious Moroccan salad dish, comprising of simmered tomatoes and green peppers grated into a purée. The salad is oftentimes served as a side dish to grilled meat and fish dishes, although it can also be used as a dip when it’s consumed with crusty bread, used for scooping up the salad.

It is suggested for a more tastiness to garnish taktouka with freshly chopped parsley or coriander and a drizzle of olive oil. 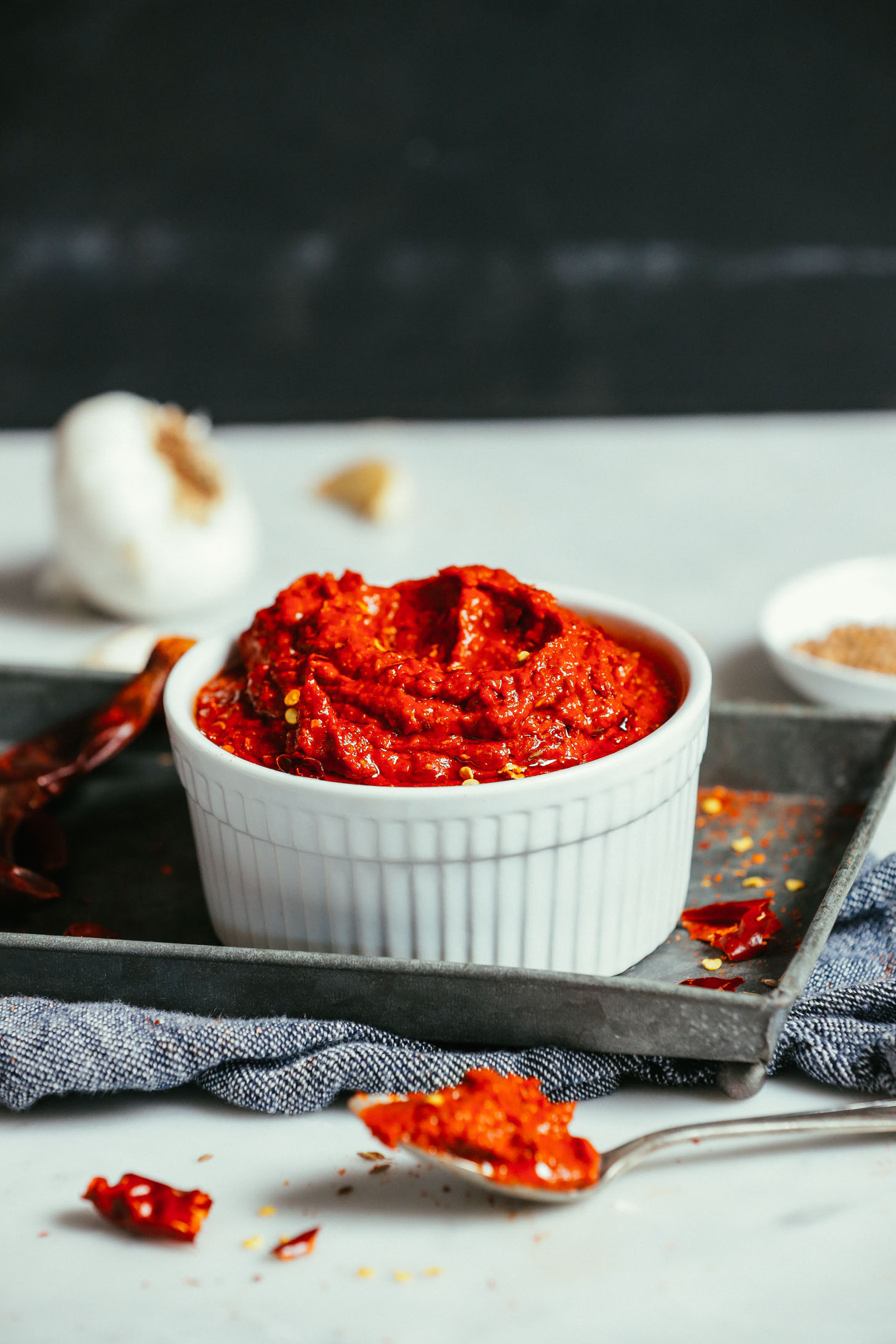 Harissa is a traditional African dish, mostly eaten by the Tunisia people. This spicy paste is prepared with roasted red peppers as the major ingredient, along with olive oil, spices, and herbs such as cumin, coriander, caraway, and garlic.

The harissa African dish is known to be prepared in varieties of ways. That is, there isn’t any fixed recipe for it, and this dish can be added to soups and stew. 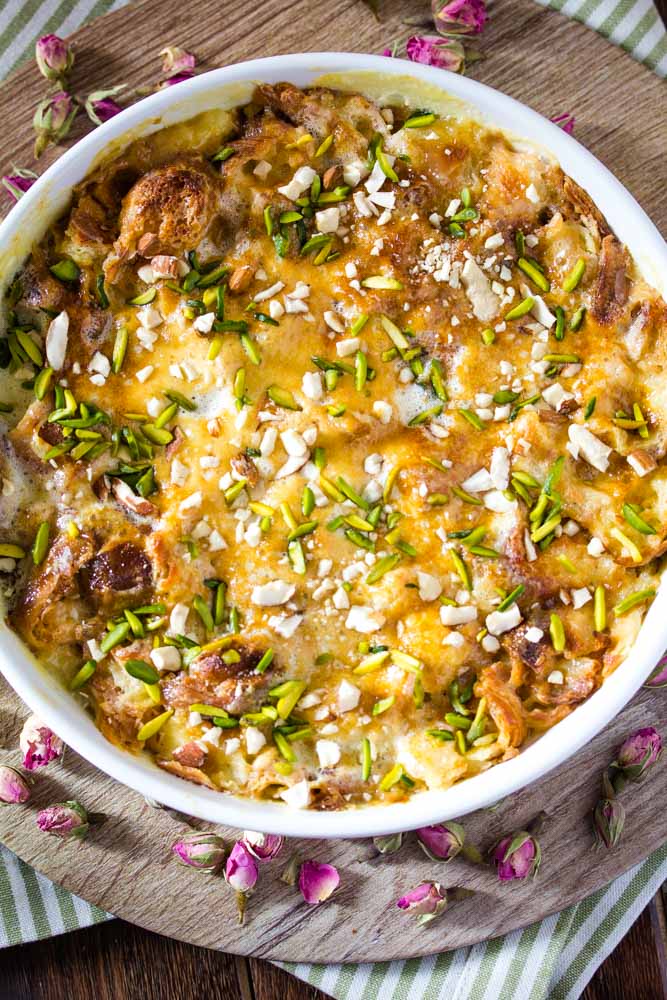 Umm Ali is also known as Om Ali, or Omali is an African dish that originated from the Egyptian people.

Despite having several recipes, this African dish, umm Ali is mainly made by a division of bread or puff pastry into chunks, then blending it with sugar, milk, and coconut flakes. The mix is typically sprinkled with raisins, pistachios, and cinnamon, then baked in the oven until the top develops a golden brown colour.

This dessert after cooking can be served hot or chilled. A must-try among the African dishes. 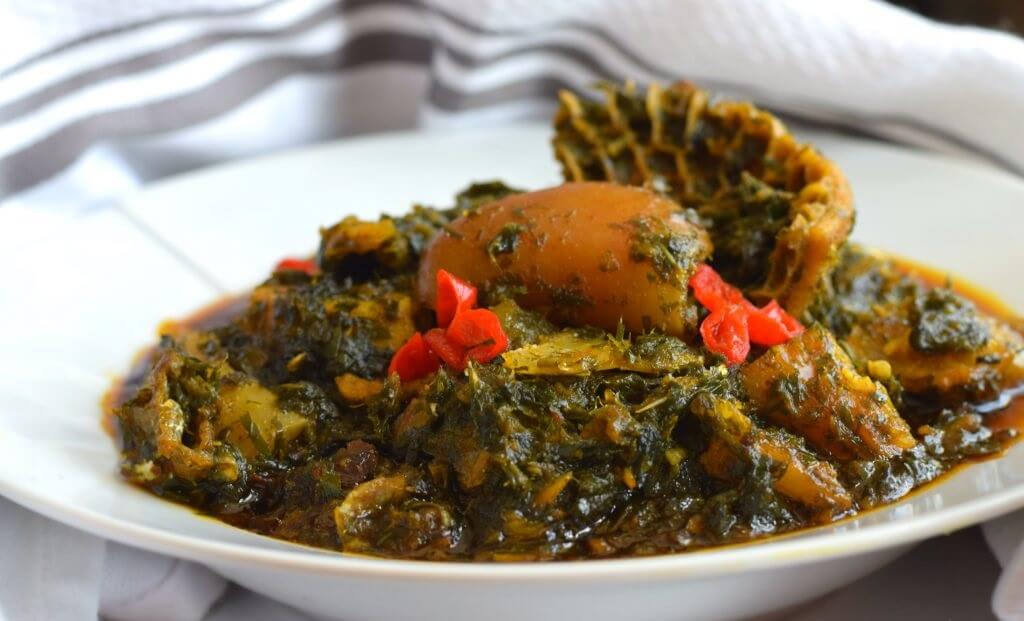 Afang soup is a traditional soup, originating from the southeastern parts of Nigeria, the Akwa Ibom people. This soup is made, with a variety of afang leaves, water leaves, dried fish, beef, onions, red palm oil, ground crayfish, and seasoning cubes.

The afang leaves are ground or pounded and the onions are chopped before the beef is boiled with the onions and seasoning cubes in a nominal quantity of water.

After that, the dried fish is added with palm oil, ground pepper, afang leaves, and water leaves. And once the leaves become soft and the liquids vaporize a bit, the soup is cooked for a short while before it’s convenient to be served.

Afang soup is the best among the best when it comes to African dishes in Nigeria. 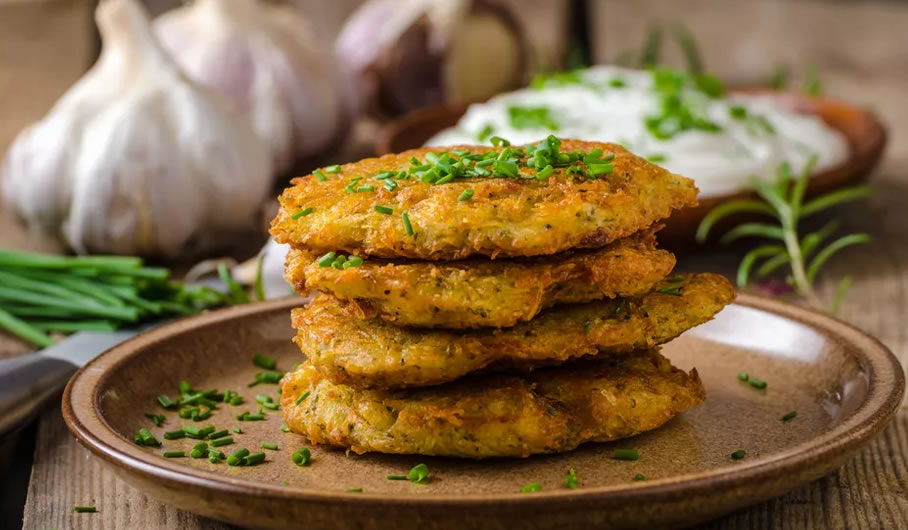 Maakouda is a traditional potato fritter that is most common throughout the Maghreb, particularly in Morocco, Algeria, and Tunisia. The fritters are usually prepared plain, but can also be prepared with meat, tuna, or cheese, although not that often.

This African dish is made with potatoes, parsley, garlic, flour, salt, and pepper. The potatoes are boiled, mashed, and mixed with other ingredients into minor disks which are then deep-fried in hot oil until they become golden brown.

The Maakouda is traditionally served as an appetizer, a side dish, or an ingredient in a lengthy sandwich roll that’s usually sold as street food and served with harissa, coriander, and lemon juice. 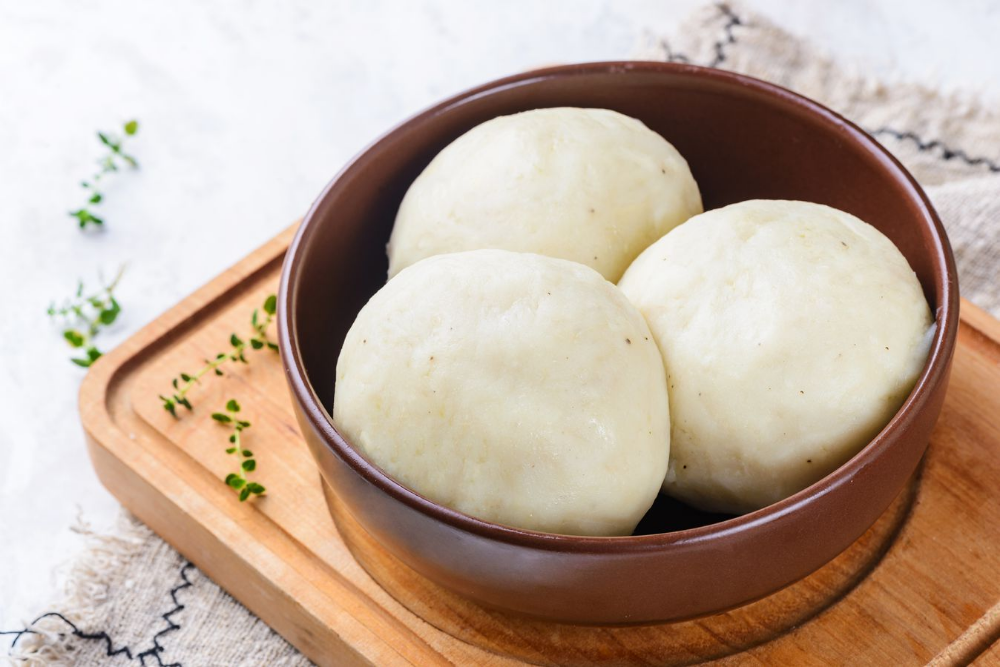 Fufu is one of the most popular food, regularly eaten throughout West and Central Africa and some parts of the Caribbean.
This African dish can be made with maize flour, cassava flour, yam flour, potato flour, and plantain flour. It’s a method of preparation that is simple, given hot water is what is mainly needed. 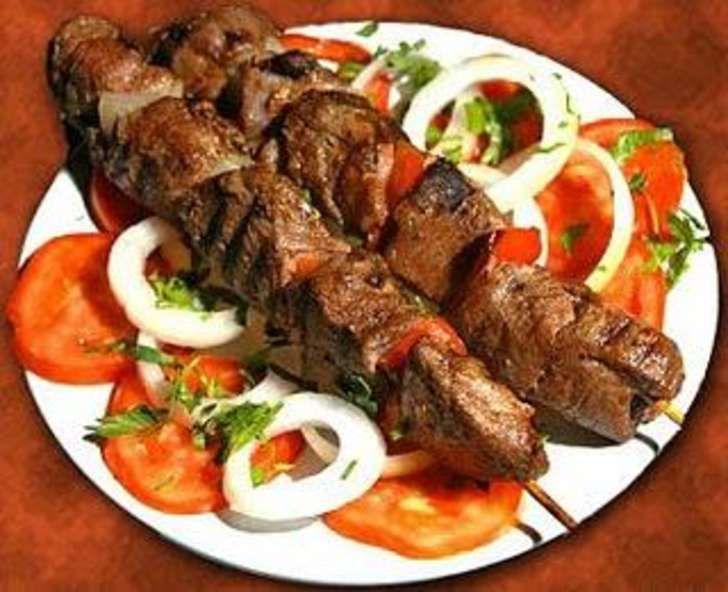 Nyama Choma also known as barbecued meat, is an African dish, popularly eaten all over Africa. The meat is usually goat or beef, served roasted throughout the country, from roadside shacks to fine restaurants.

It is often best served when paired with local beer and side dishes such as ugali. 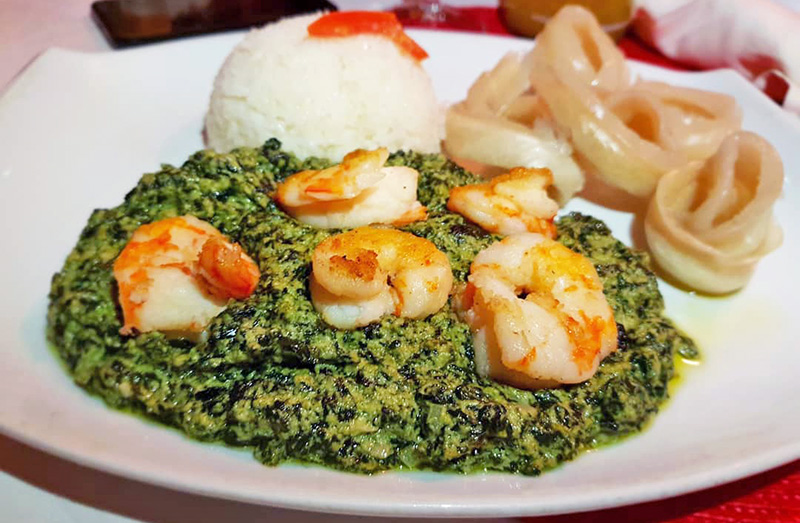 Ndolé is one of the two national dishes of Cameroon, traditionally prepared with boiled bitter leaf, peanuts, and melon seeds. Seasoned with spices and hot oil, ndolé can be cooked with both fish or meat.

This flavorful stew is usually served with fufu, fried plantains, rice, and yam.