AFRICAN FOLK TALES: THE STORY OF THE LIGHTNING AND THUNDER 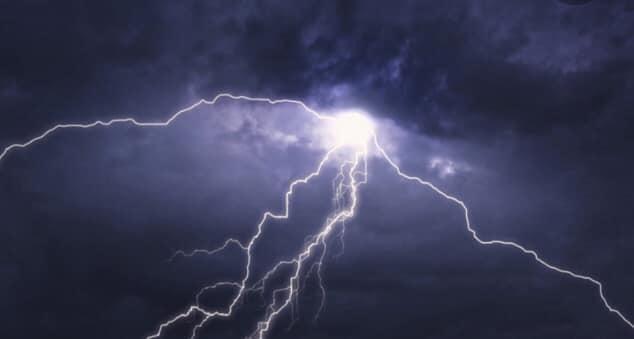 African Folk Tales, are epic stories, that explain the world around us.

These stories and myths have been told within generations. One of the most influential collections of African folk tales, is the 1910 collection of Folk tales, from Southern Nigeria; published in 1910.

Today on our African Folk Tales series, we present to you; Elphinstone Dayrrells’ The Story of the Lightning and Thunder.

The Lightning And Thunder

In the olden days, the thunder and lightning lived on the earth amongst all the other people; but the king made them live at the far end of the town, as far as possible from other people’s houses.

The thunder was an old mother sheep, and the lightning was her son, a ram. Whenever the ram got angry he used to go about and burn houses and knock down trees; he even did damage on the farms, and sometimes killed people. Whenever the lightning did these things, his mother used to call out to him in a very loud voice, to stop and not to do any more damage; but the lightning did not care in the least for what his mother said, and when he was in a bad temper, he used to do a very large amount of damage. At last the people could not stand it any longer, and complained to the king.

So the king made a special order, that the sheep (Thunder) and her son, the ram (Lightning), should leave the town and live in the far bush. This did not do much good; as when the ram got angry he still burnt the forest, and the flames sometimes spread to the farms and consumed them.

The King Banished The Lightning and Thunder

So the people complained again, and the king banished both the lightning and the thunder from the earth; and made them live in the sky, where they could not cause so much destruction. Ever since, whenever the lightning is angry, he commits damage as before; but you can hear his mother, the thunder, rebuking him and telling him to stop. Sometimes, however; when the mother has gone away some distance from her naughty son, you can still see that he is angry and is doing damage, but his mother’s voice cannot be heard.