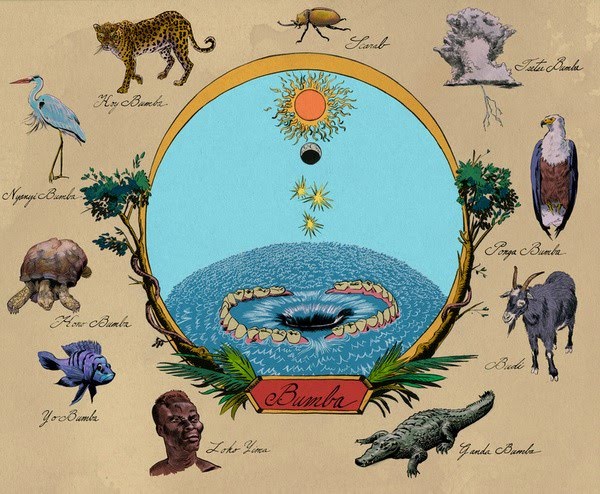 The creation story has many versions from different tribes and tongues. The Zulu account is different from that of the Yoruba and Swahili. The creation stories all have something in common- God, his messengers, the empty earth and the mystery of creating something out of nothing.

In the Zulu account of the creation story, there was nothing but darkness; and in that darkness dwelt a god- Umvelinqangi. He created a single seed and sent it to the earth. The seed was the first creation, from which other life proceeds from. The seed fell to the earth and germinated. The seeds multiplied and covered a swamp to the north, a land called Uthlanga.
One of the plant germinated and a man grew from it. His name was Unkulunkulu; the first ancestor and the great one.
The man grew and snapped off from the plant. He walked across the land and helped pick men and women, growing from the tree.
These people were the first human and they spread across the earth. It was from the land Uthlanga, that the ancestors journeyed south, the fertile lands they live in today.
Many lives formed out of the reeds. Umvelinqangi, gathered the fish and put them in the rivers. He harvested the birds and antelope and sent them into the wild. He plucked off the sky and the moon and sent them to the sky and light came to be.
The lion and other beast grew out.
Mamlambo, the goddess of the river grew out. Mbaba Mwana Waresa, another goddess surfaced and created rain and rainbows. It was said that she invented farming.
Umvelinqangi plucked off a chameleon and sent it to give humans a special message; which is that “men must not die.” Humans would become immortal. The chameleon been a lazy reptile, was slow with his journey.
Umvelinqangi the great one, picked up a lizard and sent him. The lizard was fast and arrived first to give the message; but refused to give the right message, rather he told humans, that “Men must dies.”
From that day onwards, humans became mortal and started dying.
Creation story Zulu. SOUTH Africa
Share. Facebook Twitter Pinterest LinkedIn Tumblr Telegram Email
admin