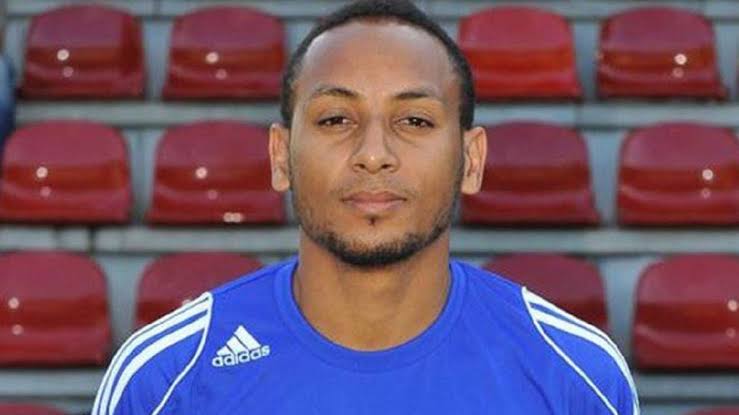 Declared dead in a 2016 car accident, and now in a mysterious turn of events, Hiannick Kamba; a former Congolese footballer who played for German club FC Schalke 04 and then VfB Hüls at the time of his alleged death in 2016, has recently returned to Germany alive and well.

But it is not a case of a resurrection or an escape from death, it is however a case of life insurance fraud. The fraud was allegedly committed by the athlete’s wife in an attempt to claim life insurance money.

It is alleged that the car accident that reportedly killed Kamba in January of 2016, while he was traveling in the Democratic Republic of Congo (DRC), was staged.
Hiannick Kamba’s wife is further alleged to have forged documents including his death certificate and then went on to collect a six-figure settlement from a life insurance policy. While she is now being investigated for insurance fraud, according to US Magazine, no official charges have as yet been laid against her or Kamba himself.

According to the New York Post, Kamba had previously visited the German Embassy in the DRC back in 2018 to prove that he was not dead. However, because he could not prove his identity as his documents had been stolen from him, the verification process was subsequently stalled for years.

People recently received confirmation from German prosecutor Anette Milk that the now 33-year-old former athlete is not in fact dead. In an email sent to the publication, Milk writes that; “Mr. Kamba has recently returned to Germany.” Milk goes on to add that, “There are no reasonable doubts about his identity.”

Kamba now reportedly works as a chemical technician for an energy supply company in Germany.