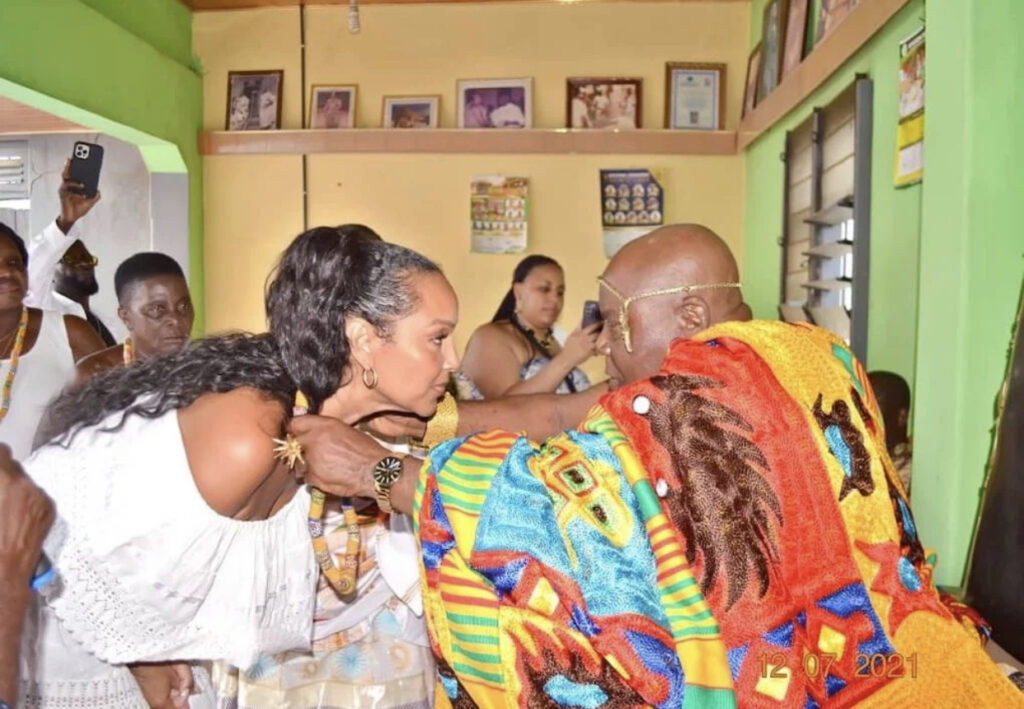 We previously reported that American actress, LisaRaye, was enstooled as a Queen mother of Agona Kwanyanko in the Central region of Ghana; in a controversial ceremony that was held on Sunday, September 22, 2019 at the Cicada Club in Downtown Los Angeles, CA in glitz and glamor. She was crowned by King Yahweh of the ‘beautiful Kingdom of Yahweh’; and the ‘paramount chief of Agona Kwanyako, the chiefs, and the entire Kyidom Traditional Divisional Council’. After this ceremony, the actress took a trip to Ghana some weeks ago.

According to TravelNoire; LisaRaye spent the last few weeks traveling across cities in Ghana as she filmed her latest movie; ‘Single Not Searching.’ The project will feature a mix of American and African stars while highlighting the beauty of the two continents coming together for a greater purpose; especially on the heels of the country’s ‘Year Of Return’ campaign. 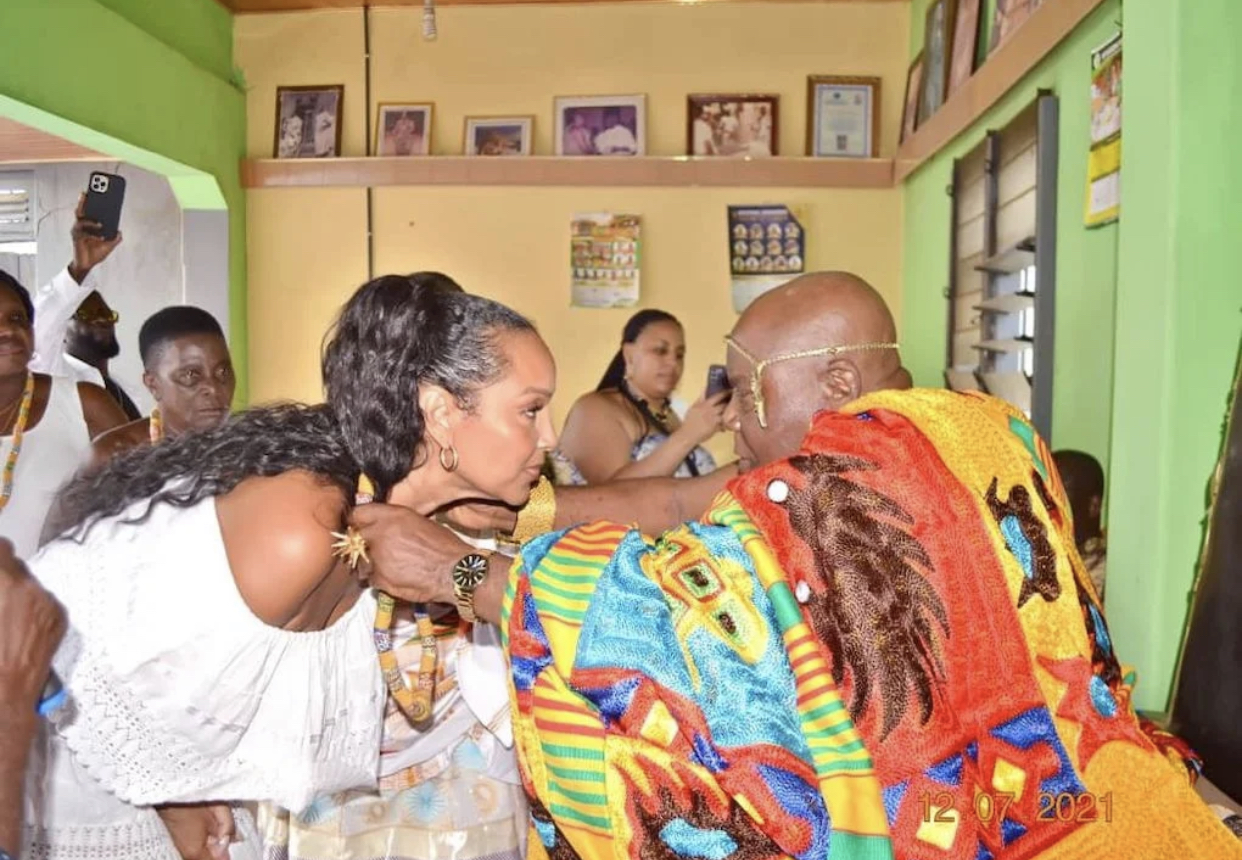 Although she was busy filming, the visit was also a time for LisaRaye to really immerse herself in Ghanaian culture; and to explore the country a little deeper.

The actress spent a lot of her time in Accraand took some time to share some of her favorite places and moments from the region with Travel Noire.

“I was crowned a Queen Mother from the Kwanyako village back in September before the pandemic,” LisaRaye shared. “We were scheduled to travel to Ghana for my traditional ceremony and bang, this movie opportunity came up first.”

LisaRaye was met with a durbar ceremony at the Kwanyako village to honor the ancestors, bond with the people, and meet the rulers’ court.

“I was able to visit the village to meet the Paramount Chief and meet other chiefs and Queen Mothers at Agona Kwanyako Palace where I received my Krobo beads as well,” she explains. “The kids did a traditional dance that was so special, and the beats from the drums were pounding with rhythm through my chest.”

For LisaRaye being in Ghana allowed her to gain a better perspective on how she can integrate her own life with the needs of locals in the country.

“Seeing the village allowed me to see how I can bridge the gap and help with upgrades, education, and jobs. I made sure to shop amongst the locals,” she explained. 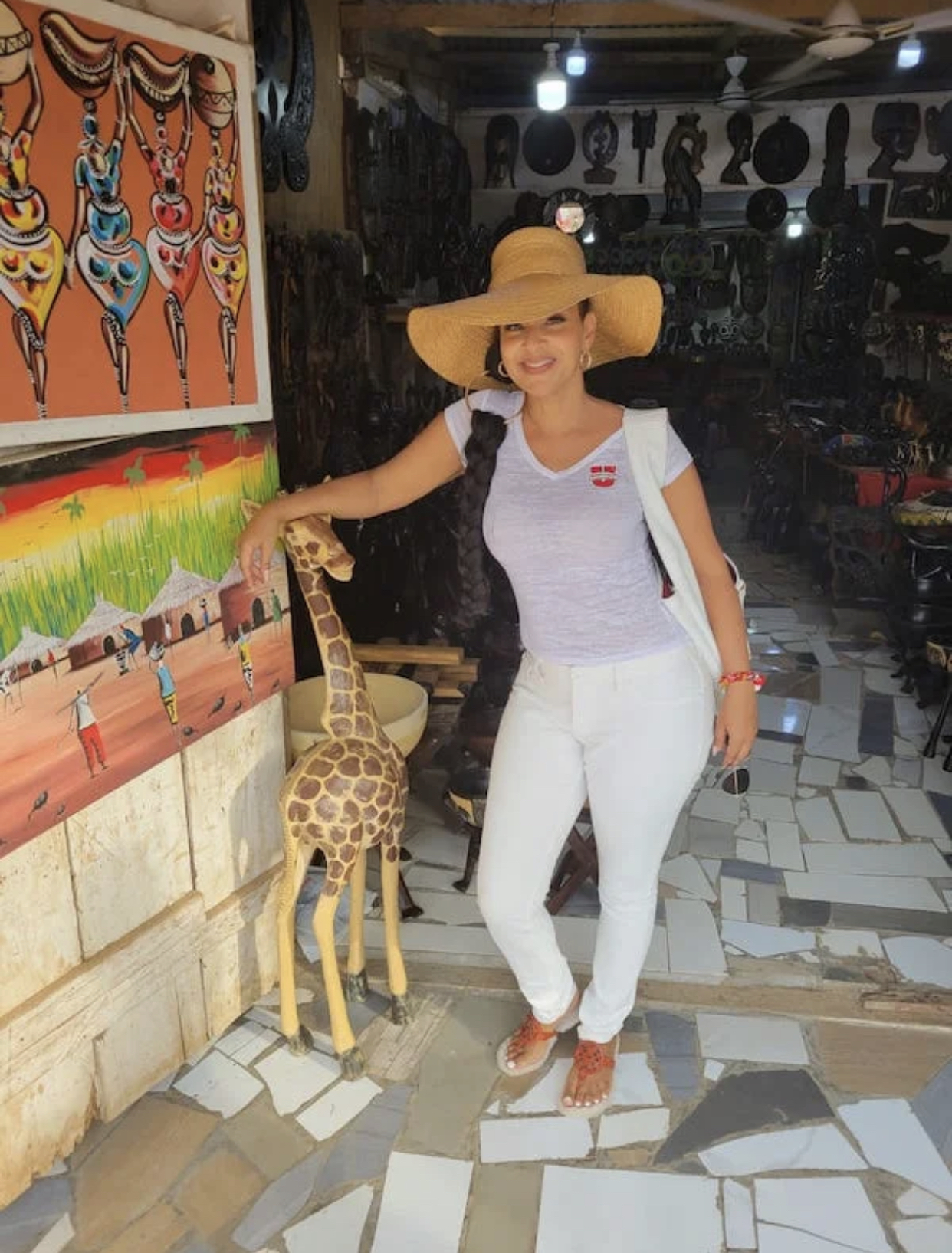 Where To Eat And Party In Ghana

A standout restaurant for LisaRaye was EXHALE in Accra. There, LisaRaye indulged in the seafood platter and fish. She says the food is very fresh and seasoned to perfection. She also described the atmosphere as cozy and raves about the champagne and drink menu.

When there was some downtime between filming, LisaRaye was also able to get out and explore some of Accra’s nightlife scene, too. While in the city’s East Legon, she visited a few nightclubs and bars. According to the actress, they were everything!

“I had a night out on the town at Sandbox Beach Club. The music was groovin’ and the vibe was very Nikki Beach-ish or Buddha Lounge from in the States. The drinks were swank and the food was finger-licking comfort food. I danced while looking out at the beach below.” 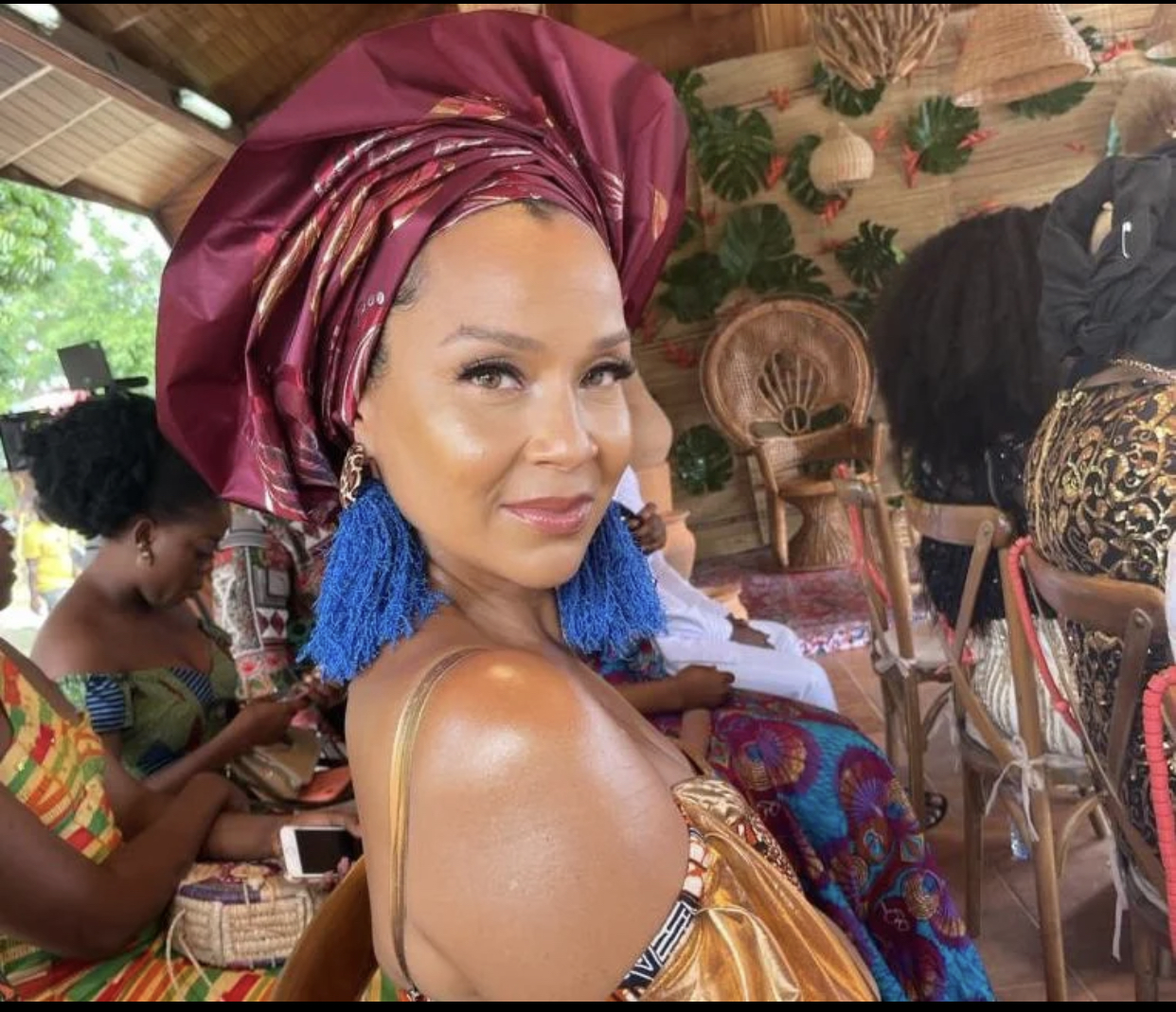 “One night I went out to Twist Night Club, where the owner Eric made me feel right at home,” she added. “I went back two more times during my visit. When the song ‘Essence’ came on by Nigerian singer/songwriter Wizkid, everybody took to the dance floor winding their bodies—including me. I learned a couple of African moves while on my visit too, I stayed out until the sun came up; and I can’t say that I’ve done that since my thirties.”

“I absolutely enjoyed my visit to Ghana so much,” LisaRaye made sure to share. And while we await word on the official release date for ‘Single Not Searching,’ we can only imagine all the stunning visuals from Ghana she’ll show us once it does.