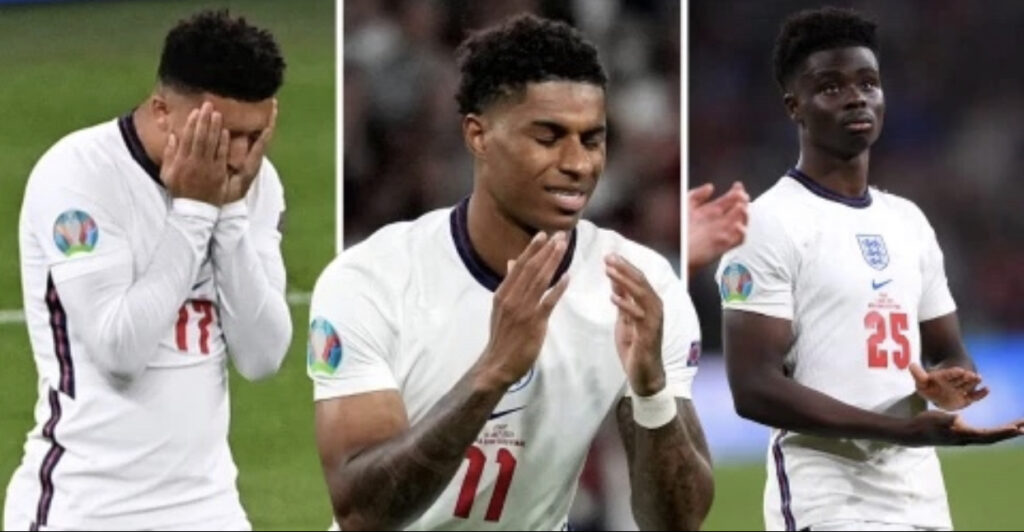 England lost to Italy in a 3-2 penalty shootout at the just concluded 2020 Euro Soccer Tournament Finals and now Three Black  international soccer players who played in England’s team have become a target of racist abuse on social media, with Irate English fans blaming their defeat on the “N*****S”

Following the penalty misses by Jadon Sancho, Marcus Rashford and Bukayo Saka, irate fans left racist comments; as well as banana and monkey emojis on their Instagram accounts. It is worthy of note that, during the tournament, England players notably took the knee prior to games; in an effort to raise awareness about racism. But that did not stop the three Black England internationals from being racially abused online after they missed their respective penalties.

Corporate Reactions to to the Racist Abuse

“This England team deserve to be lauded as heroes, not racially abused on social media,” he posted. “Those responsible for this appalling abuse should be ashamed of themselves.”

Also condemning the attack in a statement, the Football Association (FA) of England, strongly condemned the abuse; and called on social media platforms as well as the government to take the necessary steps to mitigate such occurrences.  A spokesperson for the association also said they’ll offer the necessary support to Sancho, Rashford and Saka, Sky Sports reported.

“The FA strongly condemns all forms of discrimination and is appalled by the online racism; that has been aimed at some of our England players on social media,” the statement said. “We could not be clearer that anyone behind such disgusting behaviour is not welcome in following the team. We will do all we can to support the players affected while urging the toughest punishments possible for anyone responsible.”

The FA also added, “We will continue to do everything we can to stamp discrimination out of the game, but we implore the government to act quickly and bring in the appropriate legislation so this abuse has real life consequences. 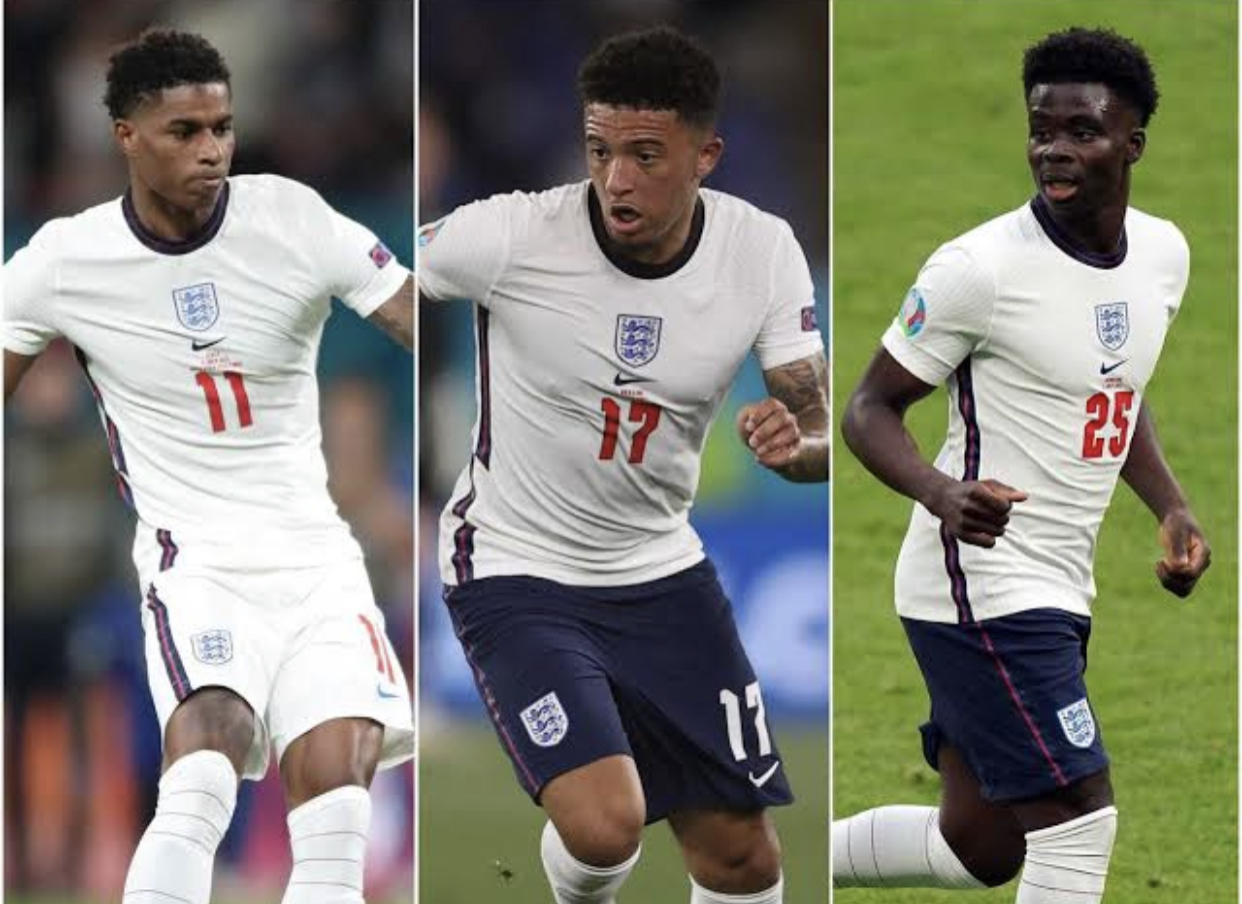 “Social media companies need to step up and take accountability and action to ban abusers from their platforms; gather evidence that can lead to prosecution and support making their platforms free from this type of abhorrent abuse.”

However, this  is not the first time Rashford, one of the players  has been a target of racist abuse by online trolls. In May, the Manchester United forward revealed he received “at least 70 racial slurs”; on his social media accounts following their defeat against Villarreal in the Europa League final. The 23-year-old reported the incident to the police

In response to the recent racist abuse targeted at the trio, the owners of Instagram announced they had recently implemented stricter measures; to tackle racial abuse on the photo and video sharing platform, BBC reported. The social media platform also confirmed the racist comments against the Black players had been removed; and the accounts from which they came from had also been deleted.

“No one should have to experience racist abuse anywhere, and we don’t want it on Instagram,” a spokesperson for Facebook said. We quickly removed comments and accounts directing abuse at England’s footballers last night; and we’ll continue to take action against those that break our rules.

“In addition to our work to remove this content, we encourage all players to turn on Hidden Words; a tool which means no one has to see abuse in their comments or DMs.

“No one thing will fix this challenge overnight, but we’re committed to keeping our community safe from abuse.”