After Getting $20k For Refusing To Cut His Dreads, DeAndre Arnold Gets Invited To The Oscars 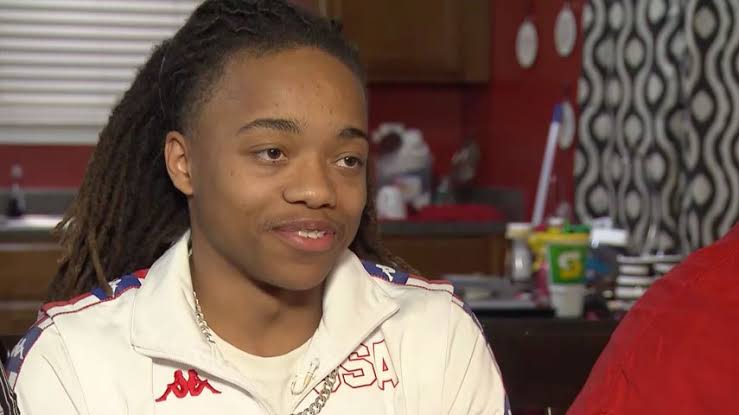 Every disappointment, they say is a blessing. This is the case for Texan teen, DeAndre Arnold; who only a few weeks ago was embattled with his high school authorities that were about to deprive him of his graduation; due to his hair/dreadlocks.

After the news went viral, DeAndre Arnold was invited to Ellen’s Show were she presented him with a $20k scholarship. And now, he has been invited to the Oscars by “Hair Love” Director.

DeAndre Arnold and his mother Sandy Arnold, have both been officially invited to attend the Oscars, by Matthew A. Cherry, the director of the film “Hair Love.”

According to CNN, DeAndre Arnold and his mother were invited by director Matthew, whose film “Hair Love” is one of the front-runners for the Best Animated Short Oscar.

DeAndre Arnold To The Oscars

In interview with CNN, Matthew stated, “It’s truly an honor to have the platform to be able to invite DeAndre and his family as our guest to the Oscars next Sunday.”

Mathew continued, “DeAndre is such a good kid, and he shouldn’t be punished for his hair. And we love that he didn’t bend to the pressure to cut it.”

The director added, “We think his hair is beautiful and this is the least we could do to support him and show him love. Looking forward to meeting him.”

The hair controversy started because the former Barber Hills High School student was told he had to cut his dreadlocks in order to participate in his school’s  graduation.

This past Wednesday (Jan 29), DeAndre Arnold was also surprised with a $20K scholarship by Ellen Degeneres. On the show he stated,  “Every day I would go to school, I would be in dress code. But the thing with them [dreads] is, if it was let down, I would be out of dress code.”

“Hair Love” is about a Black father who is attempting to do his daughter’s hair for the first time. Matthew, who is a former NFL player first started a kickstarter for the film back in 2017. He has also had his hand in the television shows “Black-ish” and “The Last O.G.”