After Getting Her Hair Braided Before Surgery By Black Surgeon, Dr Jewel Greywoode, Black Woman Emphasizes The Importance Of Black Doctors

A surgeon’s ( Dr Jewel Greywoode) sweet gesture for one of his patients before her operation is going viral.

India Marshall, 29, recently had surgery to remove bone growths on her forehead. After her operation, she realized someone had braided her hair to keep it out of the way of her incisions.

“My head was really bandaged up when I first came out of surgery. So it was time to clean the incisions and we took the bandages off and I was touching my hair and stuff and I looked in the mirror and I was like, ‘Oh, someone braided my hair,’” Marshall told TODAY Style. “I thought it was nice that I had the braids in a way where we could easily get to the incisions and my hair was out of the way, which was very nice because I felt really sick after surgery and in pain.”

Marshall assumed one of her nurses had done the braids, but during a post-op appointment a few days later, she found out the braids had been the work of her surgeon, Dr. Jewel Greywoode, who specializes in cosmetic and functional facial plastic surgery at the Charlotte Eye Ear Nose and Throat Associates in Charlotte, North Carolina.

“When he came in the room, he was talking to me and he started taking out my staples and he mentioned, ‘I hope I didn’t do too bad on your braids,’” Marshall said. “And I was like, ‘Wait, what? You did that?’”

She says Dr Jewel Greywoode explained that he often does his little girls’ hair at home. 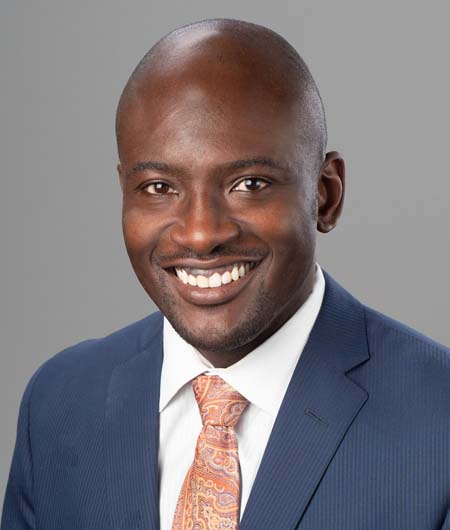 “It was a kind of emotional moment, especially when he brought up his daughters,” Marshall told TODAY Style. “I am one of four girls in my family. So just thinking of especially a father, but a Black father, doing his daughters’ hair … some people know natural hair is a lot to deal with, so him being very involved in doing his hair and taking the time to do that for me before surgery was huge.”

Marshall shared her story in a tweet that has now gone viral, racking up more than 560,000 likes.

so y’all know how I said I woke up from surgery w/more braids in my head than I came in w/and I thought it was the black nurses? I found out today at my post op appt that the surgeon (he’s black) did it. He said he has 3 little girls & they have wash day… I almost cried

Marshall was flooded with supportive comments on Twitter, with many people pointing to her story as an example of why it’s so important to have representation and diversity in medicine.

“SO ENDEARING. That’s love right there. This man who didn’t have to, showed understanding, and respect and it’s what black women deserve in medical interactions. More of this,” one person tweeted.

“THIS is among the millions upon millions of reasons why we need diversity in medicine,” another person wrote. “There is a level of care that only people who have walked in your shoes… even just a little bit… can provide.”

Marshall shared her experience online because “it was important to use this example of why Black doctors are important,” she said. “And it’s not always easy to find them.”

While Marshall has had a similar surgery to this one in the past, she says she could only have gotten this level of care and understanding of her needs from a Black surgeon.

“I know that I could only have gotten that type of care and experience with a Black doctor because he understood my hair,” she said. “He also brought up that he didn’t use sutures or stitches because he didn’t want to cut my hair when removing it. The staples are easier to take out. So that was just another example of how he was able to understand me as a Black woman and the importance of my hair and preserving it.”