After Refusing To Kneel During The Anthem For #BlackLivesMatter, Jonathan Isaac Suffers A Torn Knee 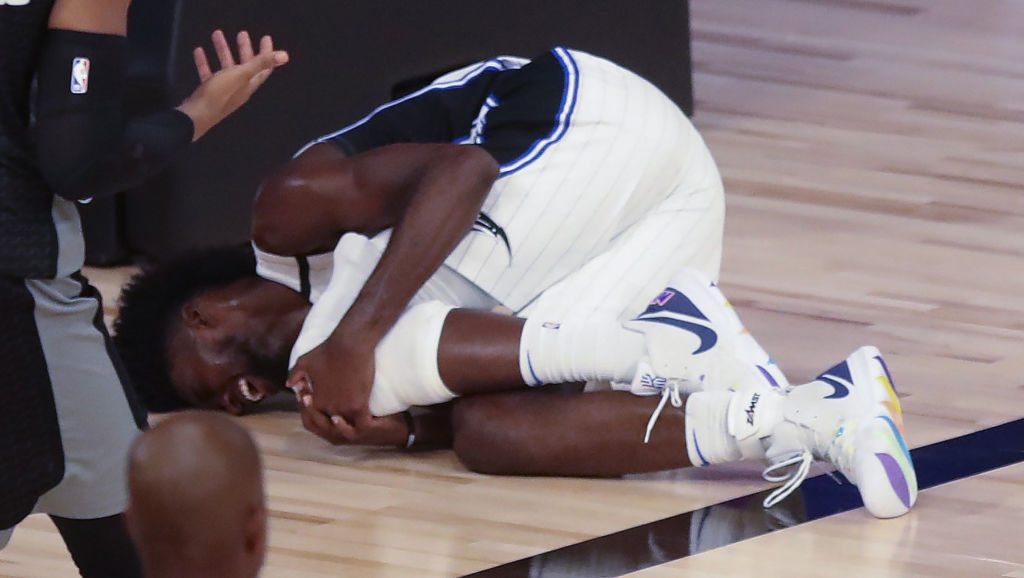 Jonathan Isaac lit up Twitter this past weekend when he became the first and only NBA player not to take a knee in support of #BlackLivesMatter.

Jonathan Isaac’s jersey sales have skyrocketed after he stood for the National Anthem.

He is now number two in jerseys sales among players only behind LeBron James. pic.twitter.com/1JLwEPtLG8

Basketball has officially made its return after temporarily being suspended due to the spread of COVID-19. Nonetheless, NBA players made their way down to Orlando, and have been within the NBA bubble as the season has officially restarted.

When Bleacher Report’sTaylor Rooks asked Jonathan about his controversial decision, he gave an answer about Jesus and the gospel. As you can imagine, he was called all types of sell-outs, uncle toms, coons, clowns, and more. He was even outed on social media as a MAGA supporter (whether he voted for Trump or not is inconsequential) after Twitter learned that he questioned the veracity of Ava Duvernay’s When They See Us about the Central Park 5.

Jonathan Isaac was taken off the court in a wheelchair following an apparent knee injury. pic.twitter.com/z4D9zd4baH

According to ESPN, the Magic announced that Jonathan tore the ACL in his left knee. Footage from the game showed Jonathan Isaac clutching his knee as he fell to the floor with only 9:19 left in the fourth quarter. This was Jonathan’s second game back after he hyperextended his left knee in January.

Prior to Sunday’s game, Jonathan made headlines as he became the first player not to kneel for the national anthem or wear a Black Lives Matter T-shirt over his jersey prior to the Magic’s game against the Brooklyn Nets. 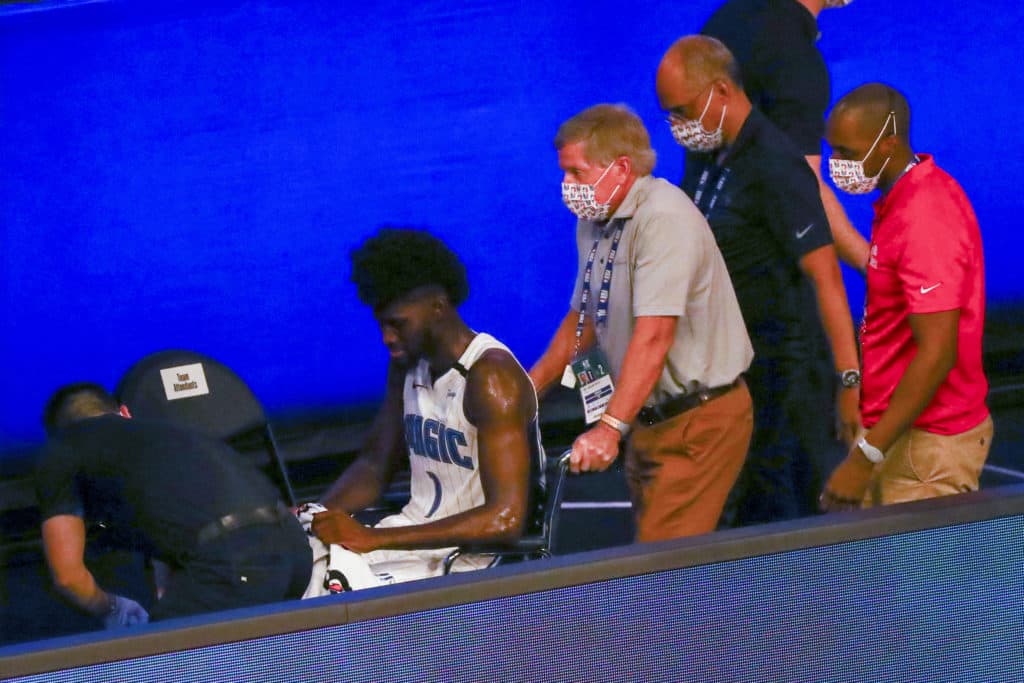 Following the game, he explained why he made the decision to not kneel. When asked if he believed that Black Lives Matter, he said, “Absolutely, I believe that Black lives matter. A lot went into my decision and part of it is my thought that kneeling while wearing a Black Lives Matter T-shirt don’t go hand in hand with supporting Black lives. And so I felt like, just me personally and what it is that I believe in, standing on a stance that I do believe that Black lives matter, but I just felt like it was a decision that I had to make and I didn’t feel like putting that shirt on went hand in hand with supporting Black lives.”