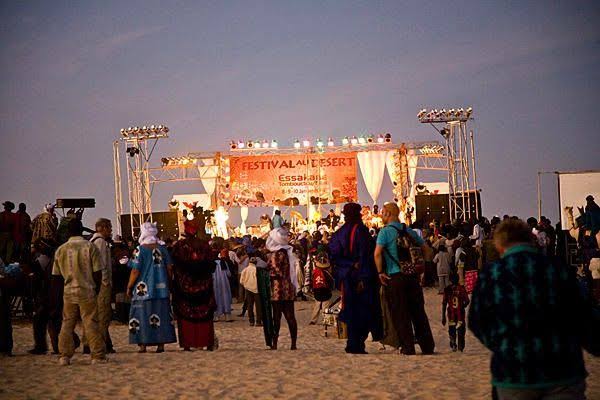 The second edition of the Ag’na Festival (or Culture in Tuareg), a fusion of the Festival Ados ciné and the Festival au désert, took place in an island in the middle of the Niger River from February 25 to 28 in Koulikoro, Mali. 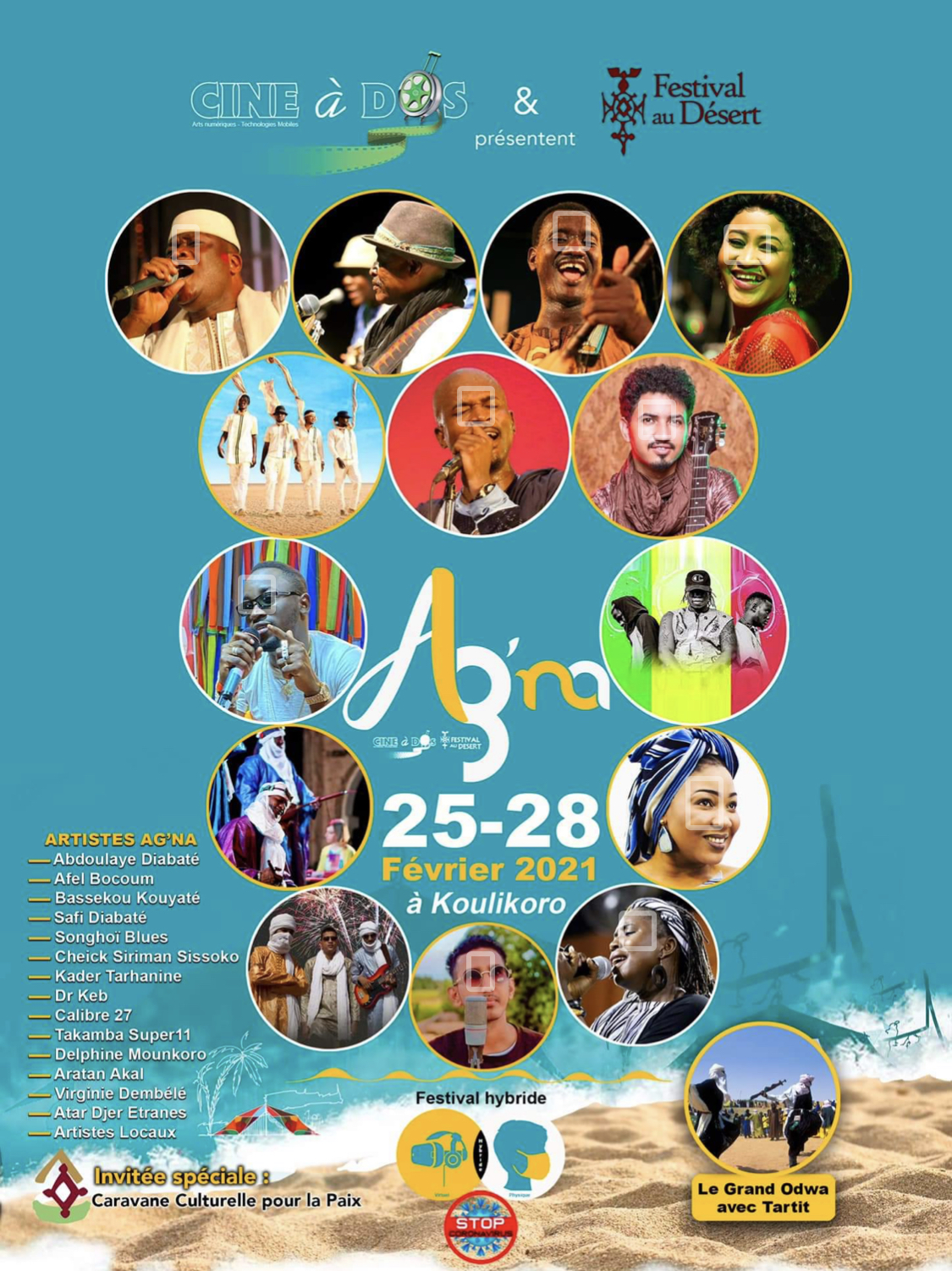 Manny Ansar, the director of both the Ag’Na Festival and the Festival au Désert; revived the legendary festival whose name translates to “culture” in the Tamasheq language.

The new Ag’Na festival is nevertheless a meeting ground for artists from all over Mali and a platform for those displaced by the security crisis.

Asnar shares the root of his inspiration.

“This festival was born out of an idea to take a bit from the Festival au Désert in the south of Mali because we can’t hold it in Timbuktu at the moment.

“We found a place with a bit of the desert… that’s what we have here in the middle of the Niger River. in Koulikoro, a few kilometres from Bamako artists from the North of Mali of the refugee camps and of the South. They can meet again as they did in Timbuktu.”

Songhoy Blues is a group founded in Bamako in 2012 by musicians who left their hometowns in the North following the installation of Sharia law as they could no longer make the music that the loved.

The now internationally renowned band has been touring the globe and gave their first concert in Timbuktu.

Aliou Touré of Songhoy Blues goes over the general feeling of musical nostalgia amongst the people in the region.

“These people were longing for the event. It’s been missing for so many years that he didn’t have a festival there. So it is more than necessary for them to have music here again.

Timbuktu was always a great crossroads of music.”