Akon Is Building Real Life Wakanda City In Senegal And His Own Cryptocurrency, Akoin 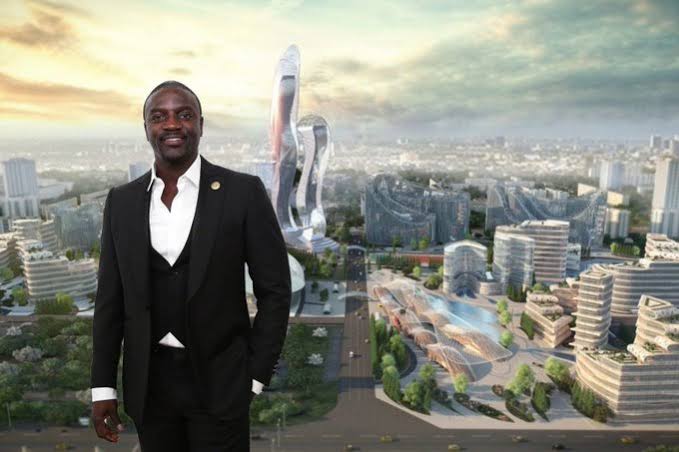 Between setting up his own cryptocurrency AKoin and vowing to bring electricity to 600 million people in Africa, Akon has been quietly building his own ‘futuristic’ city in Senegal named after himself.
He announced the news last June on Nick Cannon’s Radio show, that he was working on building a “100% crypto-based city” and building is now officially under way, and it is named Akon City.

The same statement also revealed Akon City is intended to be a “100% crypto-based city with AKoin at the center of transactional life”, described as a “real-life Wakanda” which is the all renewable, Akon-tainment solar city. A real physical place, it’s going to have a real airport.”

The singer also revealed that; “It’s a 10-year building block so we’re doing it in stages. We started construction in March and stage two is going to be 2025”.

According to a statement about AKoin, the city will be built on “2,000 acres of land gifted to Akon from the President of Senegal” and will be a five minute drive to the airport, plus nearby Dakar.

The US born Singer to Senegalese parents, is reported to be worth $80m (£60.3m), and his charity project Akon Lighting Africa has been reported to have provided “scaled solar power solutions throughout 18 countries to date in Africa”.

The “lonely” Crooner Who has also declared interests in running for the Presidency of the United States, said he feels sad about being called a billionaire, “When I travel, I see so many things that happen – so many people that need assistance and so many things that just need to be resolved – and if you can have a billion dollars sitting in the bank while you have all these people suffering and struggling? Man, it’s just crazy,” he said.