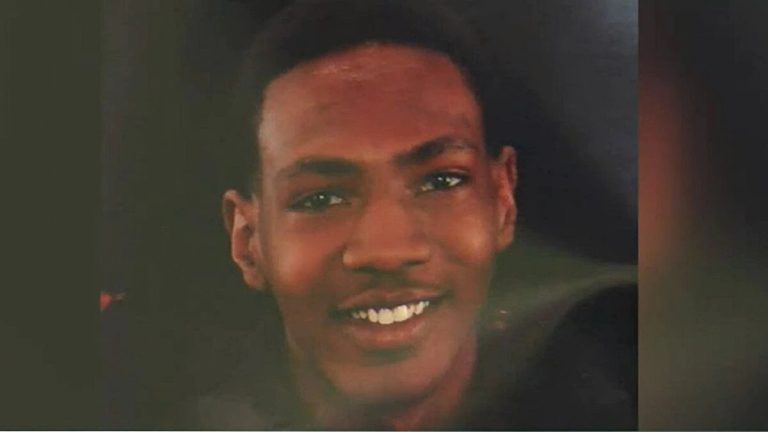 According to Akron Police Chief Steve Mylett, Jayland Walker appeared to reach for his waist during a foot chase with officers and briefly turn toward officers before they opened fire on Monday, the morning of June 27th.

Steve Mylett spoke in detail for the first time since the fatal shooting of the 25-year-old after he fled what began as a routine traffic stop during a press conference on Sunday. During the press conference, the police released two videos.

The first was narrated and edited to show key events of the incident, including an image of a flash coming from Walker’s Buick’s door. According to Mylett, that was when the police response changed.

“It went from being a routine traffic stop to now a public safety issue,” Mylett explained after watching the video. The second video was a real-time body camera view of the officer who initiated the traffic stop until the burst of gunfire that killed Walker.

According to police, Walker jumped from his car while wearing a black ski mask over his face. The video was described as “heartbreaking” by Akron Mayor Daniel Horrigan.

Bobby DiCello, the Walker family’s lead attorney, was dissatisfied with how Akron officials presented information during the press conference on Sunday.”They want to turn him into a masked monster with a gun. And we knew that,”  DiCello explained.

But, he cautioned, a court would not allow it.

“I want you to know that when I go to court for this family, the judge will look at me and say, ‘You are not allowed, lead counsel, to look at a shooting like an armchair quarterback. You’re not allowed to look back at the shooting for the end of the story and give snapshots in time,’ ” DiCello said.

According to the video released by the city, Walker left a handgun, ammunition clip, and what appears to be a gold wedding band on the driver’s seat. Walker’s fiancée, Jaymeisha Beasley, was killed in a car accident last month.

Walker was unarmed when he fled his car and ran from police, according to Steve Mylett. A gunshot-like sound can be heard in the police bodycam video from early in the chase, which was released on Sunday.

Mylett, who has been chief for ten months, refused to rule on whether the police shooting, which may have involved 90 shots, the majority of which struck Walker, was justified. However, he stated that when an officer “makes the most critical decision in his or her life” to point a gun at someone, they must be prepared to explain not only shooting but also “for every round down the barrel of the gun.”

Police did not say how many shots they fired or how many struck Walker on Sunday, but Mylett believes the number is consistent with what has already been reported; more than 90 shots were fired by police, with about 60 of those hitting Walker.

For the first time in Akron Police Department history, a police-involved shooting has been turned over to the state Bureau of Investigation and Identification investigators.

According to Mylett, the investigators will determine how many shots were fired. The Summit County Medical Examiner’s Office is in charge of determining how many times Jayland Walker was struck, he said.

“People want and deserve answers, and they shall have them. BCI will conduct a complete, fair and expert investigation,”  Ohio Attorney General Yost said in a prepared statement on Sunday. “Body-worn camera footage is just one view of the whole picture, before drawing conclusions, the full review must take place.”

Walker was shot multiple times in the face, torso, and upper legs, according to medical examiner photos obtained by an Akron Beacon Journal reporter last week. However, it was unclear how many bullet wounds there were and whether they were entry or exit wounds.

The Akron Fraternal Order of Police, the officers’ union, issued a statement following the press conference saying it believed the investigation would determine whether the officers’ actions, as well as the number of shots fired, were justified.

The FOP release noted, among other things, that Akron officers were aware Walker had fled from suburban police the day before. Walker’s family did, according to DiCello, agree on one point with city officials: peace.

Mayor of Akron, Ohio, Daniel Horrigan, urged the community to be patient as state investigators continue their investigation, which has been turned over to the state attorney general’s office, which will decide whether officers will face criminal charges.

Horrigan stated that he understands that people will protest in order to air their grievances in public, but he hopes that the community agrees that any violence or destruction is wrong. According to Horrigan, Akron will hear a constant message over the next few days: “Peace in our city.”

Walker’s family expressed their feelings through DiCello, saying: “The world is watching us. Please be peaceful.”