All about the Haitian Plaine du Nord Festival 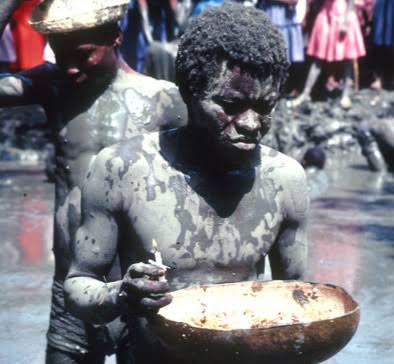 If you are familiar with Haitian culture then you should have heard about the Plaine du Nord Festival which is held yearly. The festival, which takes place in July, celebrates the Ogou god which is also worshipped in parts of Western Nigeria and the Benin Republic.

The name of the festival also doubles as the name of the location where it is held. The town of Nord lies between the Atlantic Ocean and the Massif du Nord Mountain. It has a population of about 40,000 people made up of Maroon and Creole people who are known to love the preservation of their African roots.

Plaine du Nord has a reputation as the location where the first war that led to Haiti’s independence was fought. The belief is that the African slaves and Maroons were endowed with power by the spirit of the gods which pushed them to begin the war. 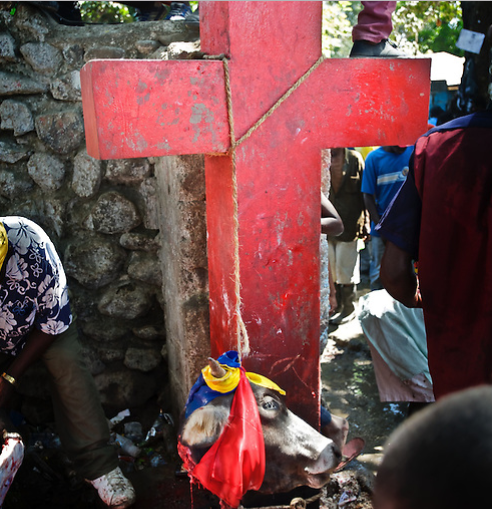 The pilgrims usually come dressed in dark colors like red or black, the priests do likewise in most cases. The pilgrims bathe in a pool of mud in a manner similar to baptism and the priests and priestesses make use of scented incense and herbs for the sacred bath. Children are held upside down when they come for the bath. It is after the bath that the sacrifices are offered on behalf of the pilgrims by the priests.

There are several other aspects of the ceremony like the candlelit dances at night and hunger strike. This festival is a way for the Creole people to maintain their African cultures and have a feel of what their warriors felt during the war.

Meet the Mother of Haitian Independence

The influence of American artists on Haiti’s image

HAITIAN REVOLUTION- THE BRAVE AFRICANS WHO FOUGHT FOR THEIR FREEDOM.