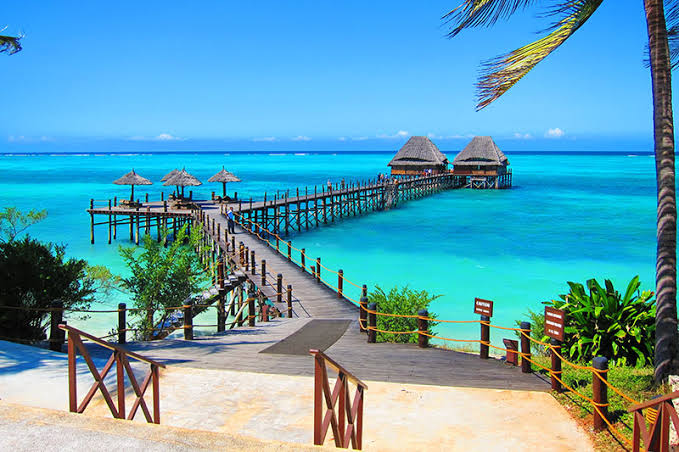 Tanzania ?? is a country in East Africa renowned for its many tourist destinations, one of which is the Zanzibar Island. Also known as Unguja in Swahili, is a semi-autonomous archipelago off the coast of Tanzania consisting of Zanzibar Island (Unguja) Pemba Island and many smaller islands. Zanzibar island itself is approximately 90km long and 40km wide. Zanzibar Island is a paradise. 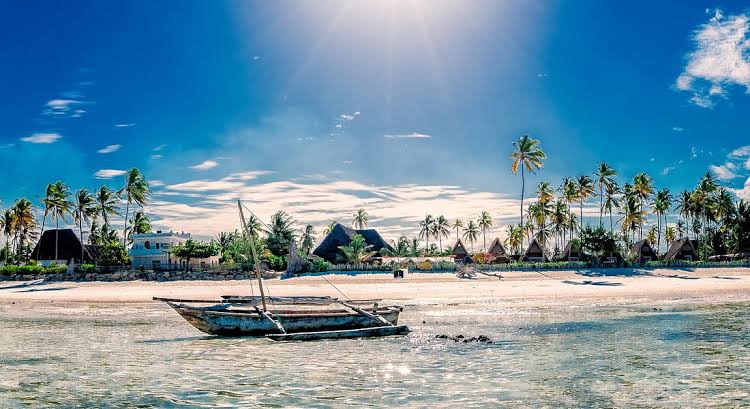 Zanzibar—Swahili Unguja, island is located in the Indian Ocean, lying 22 miles (35 km) off the coast of east-central Africa. In 1964 Zanzibar, together with Pemba Island and some other smaller islands, joined with Tanganyika on the mainland to form the United Republic of Tanzania. Area 600 square miles (1,554 square km).

In this article, we would be sharing with you, most of, if not all you need to know about the Zanzibar Island in Tanzania.

Zanzibar Island is a jewel in the ocean, surrounded by beaches that rate among the finest in the world. Here you can swim, snorkel or just lounge the hours away, while shoals of luminous fish graze over nearby coral gardens and pods of dolphins frolic offshore.

Places to Explore in the Island

Changuu Island also known as Prison Island lies about 30 min by boat from Stone Town. In Zanzibar Island. The island was formerly owned by an Arab and saw use for confinement of refractory slaves but no prisoners were ever housed here instead the island became a quarantine station for yellow fever epidemics. It was bought by General Lloyd Mathews and the jail (goal) which still stands was built in 1893 and hence the name “PRISON ISLAND”. In 1919 the British governor of Seychelles sent a gift in form of four Aldabra giant tortoises to Changuu.

Mtoni Palace was built for Sultan Seyyid Said in 1828. It was home to the sultan’s only legitimate wife, many secondary wives and hundreds of children. All is left of it now it’s the ruins. It is a hot spot on the Zanzibar Island. 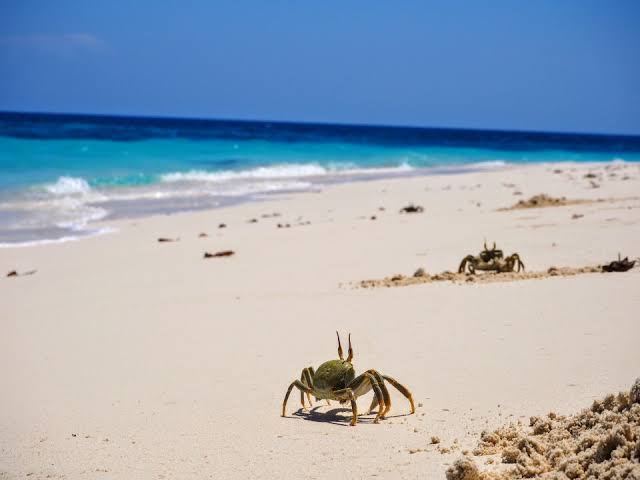 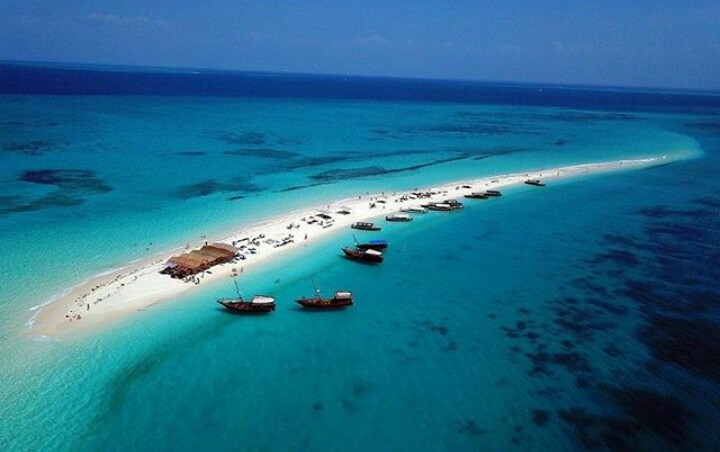 Nakupenda (In swahili means I LOVE YOU) is the name of an amazing sandbank located just off Stone town. A Full day trip dedicates Prison Island’s giants tortoises visit, snorkeling, sunbathing, taste of Sea foods and seasonal fruits. Snorkeling off Prison island, viewing stunning array of colored corals and tropical fish of the islands before reaching our dream place Nakupenda. A place where brilliant birdlife exists, very white sand, limpid and crystalline water. You would live in the natural reserve that hospitable by its naturalistic and their proper pearls of Indian Ocean. The land of the white sands and their alternative sea appear and disappear.

This restaurant, perched on a rock in the Indian Ocean, seems dropped from a fairy tale. During high tide, it becomes a veritable island with a wooden boat taking you the short distance to shore. In low tide, you simply walk across the seaweed strewn beach to get to this magical place. A visit to Zanzibar Island deserves a treat at this iconic restaurant. 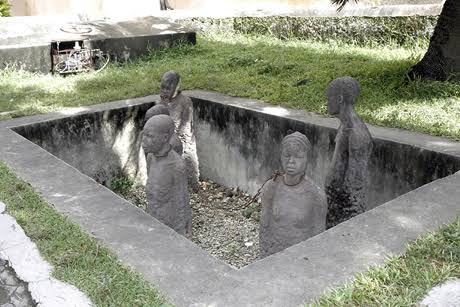 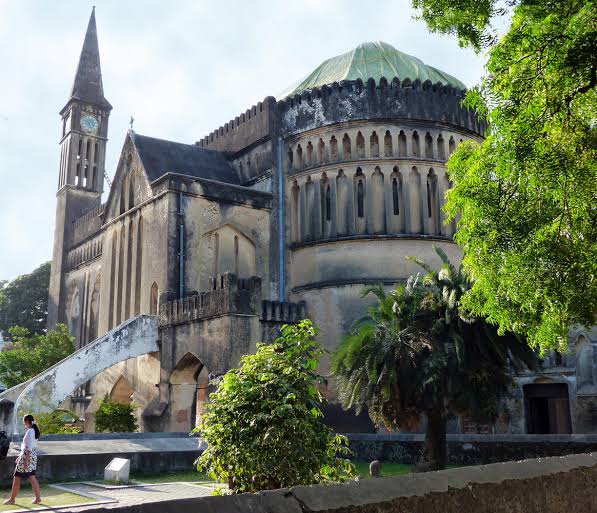 Amidst all the beauty, still lies horror. The horror of slavery. Even in the paradise of Zanzibar.

In the grounds outside the cathedral is the moving Slave Memorial, depicting five slaves standing in a pit below ground level. The poignant figures emerge from the rough-hewn rock and thus appear hopelessly trapped, shoulders slumped in despair. Around their necks they wear metal collars from which a chain binds them. Although nothing remains of the slave market today, the memorial is a sobering reminder of the not-so-distant past.

At the entrance to the cathedral compound is the East Africa Slave Trade Exhibit, a series of displays and informative panels. Also here are the former slave chambers where slaves were imprisoned before sale. 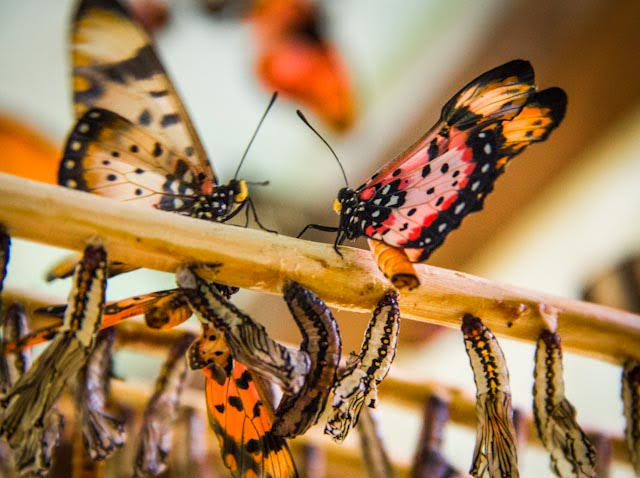 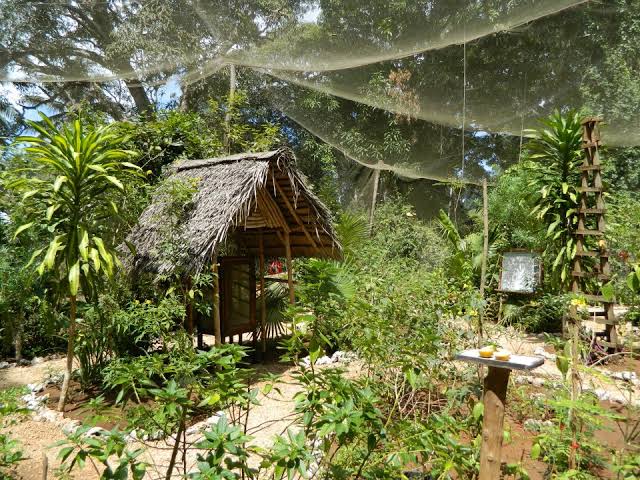 Protecting numerous butterfly species indigenous to Zanzibar, this centre is a huge tropical garden with net walls and roof. You can see the various life cycle stages of the butterfly, including some beautiful cocoons. Profits support local conservation and community projects.

There are several other numerous attractions in Zanzibar Island. The cheetah place, the spice village, the Zanzibar land animal park and a host of wonderful places. This article has tried to wet your throats and fuel your appetite to discover the parts of Africa you may not have heard about.

Thinking about your next vacation? Take a trip to motherland, Zanzibar Island. Explore Africa, learn about her and experience first hand the Beauty of the motherland.