Amarna: The Discovery of over 3000 year old Black Egyptian hairstyles 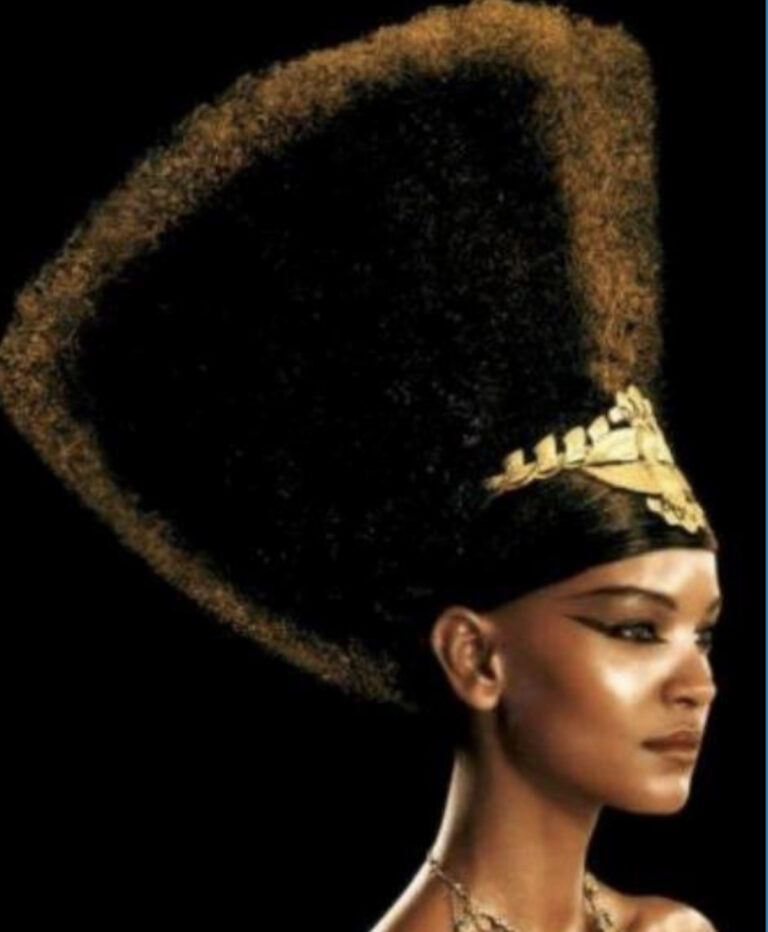 Amarna was built more than 3,300 years ago by an Egyptian Pharoah, Akhenaten, who was a revolutionary pharaoh who focused the Egyptian religion around the worship of the sun disk, the Aten. Sadly, the city was abandoned not long after the pharaoh died. However, excavations at Amarna are ongoing and are being carried out by the Amarna Project, supported by the Amarna Trust.

Researchers on history working at a cemetery in an ancient city which is now called “Amarna”; have therefore discovered several thousand years old corpses whose hairstyles are still intact.

An image shows a woman who was buried with an incredibly elaborate hairstyle that includes 70 extensions fastened in different layers and heights on her head. She, and the other individuals in this photo gallery, would have lived more than 3,300 years ago. 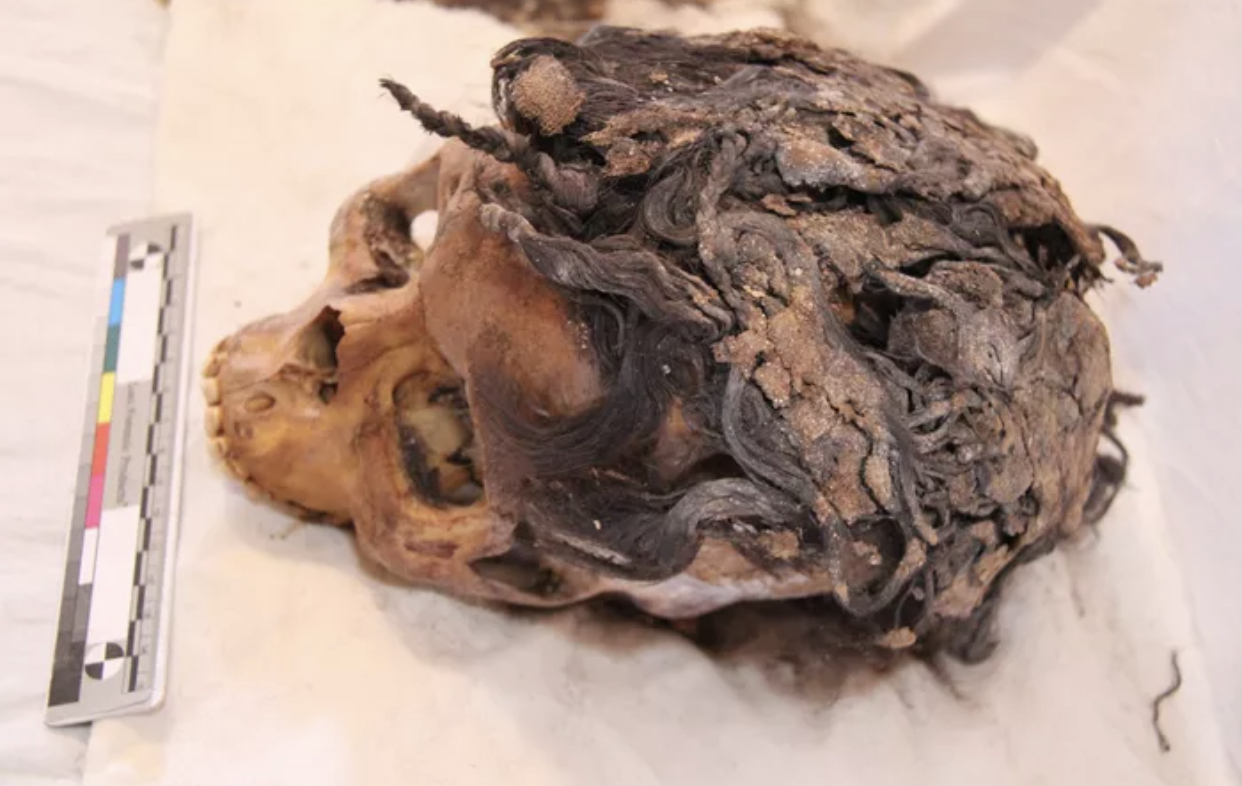 Another woman’s gray hair appears to have been dyed orange-red with a flowering plant called henna; being used to achieve that. Researchers are not completely certain that the colors seen in this image are the result of hair dye and research is being conducted to determine this. If the woman did dye her hair orange-red it may have been because her hair was turning gray. 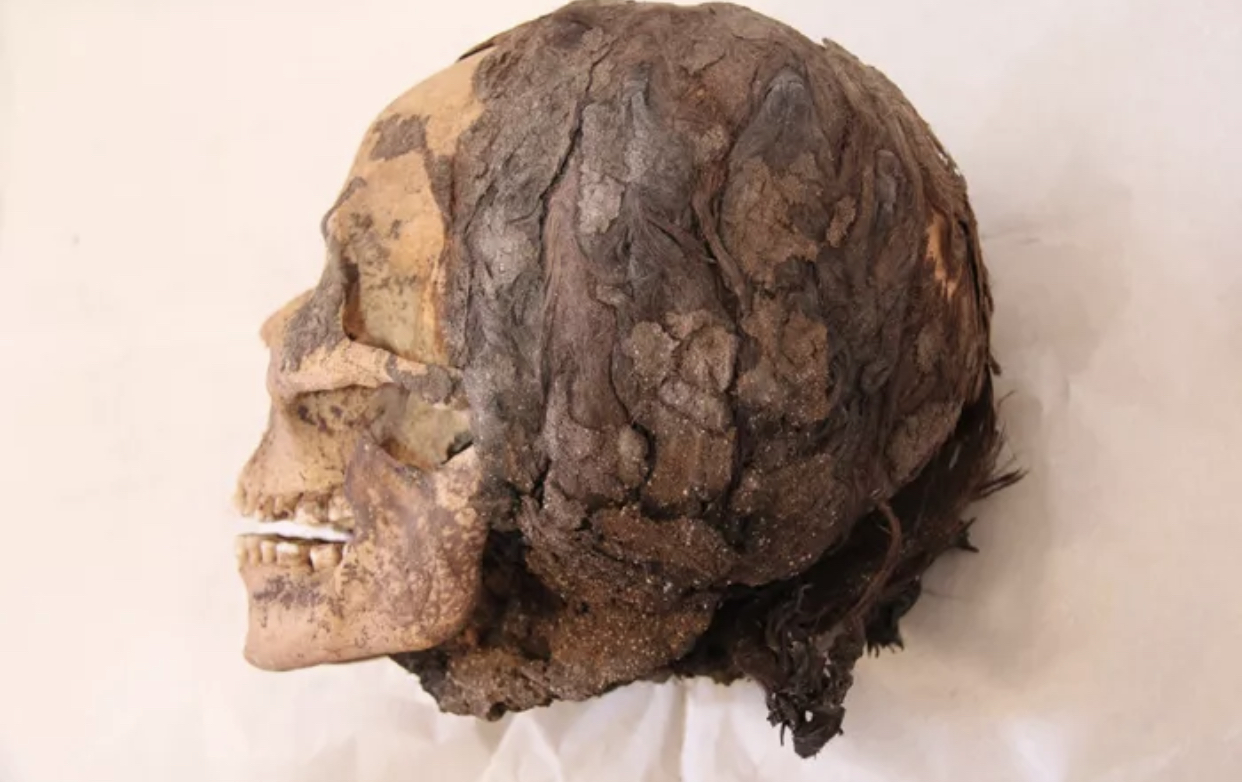 Research has also revealed that, at Amarna, curling hair around the ears was popular at that time. The image below shows a fine example of this. 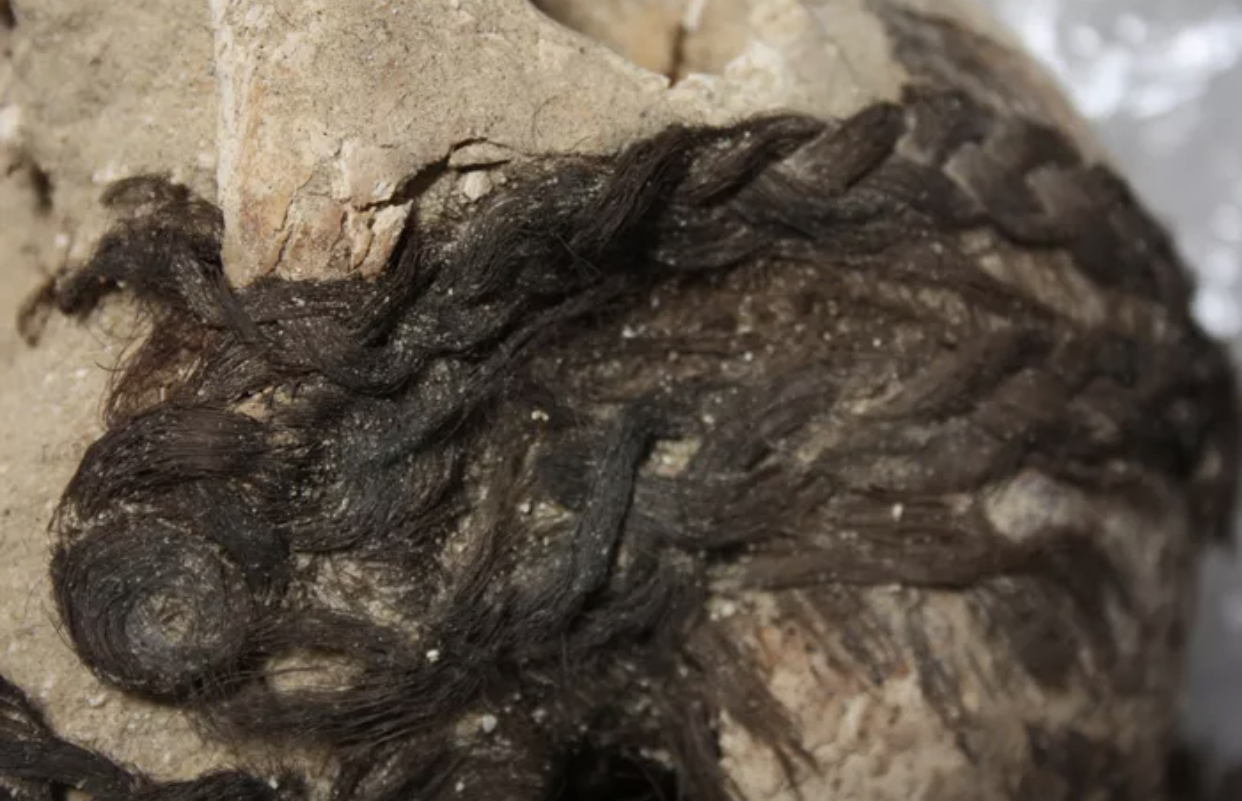 Also, another woman was buried with a hairstyle that includes many extensions. A textile can also be seen that may have been used as a skull cap. She was not mummified, her body simply being wrapped in a mat. When archaeologists uncovered her remains they found she wore “a very complex coiffure with approximately 70 extensions fastened in different layers and heights on the head,” writes Jolanda Bos, an archaeologist working on the Amarna Project, in an article recently published in the Journal of Egyptian Archaeology. 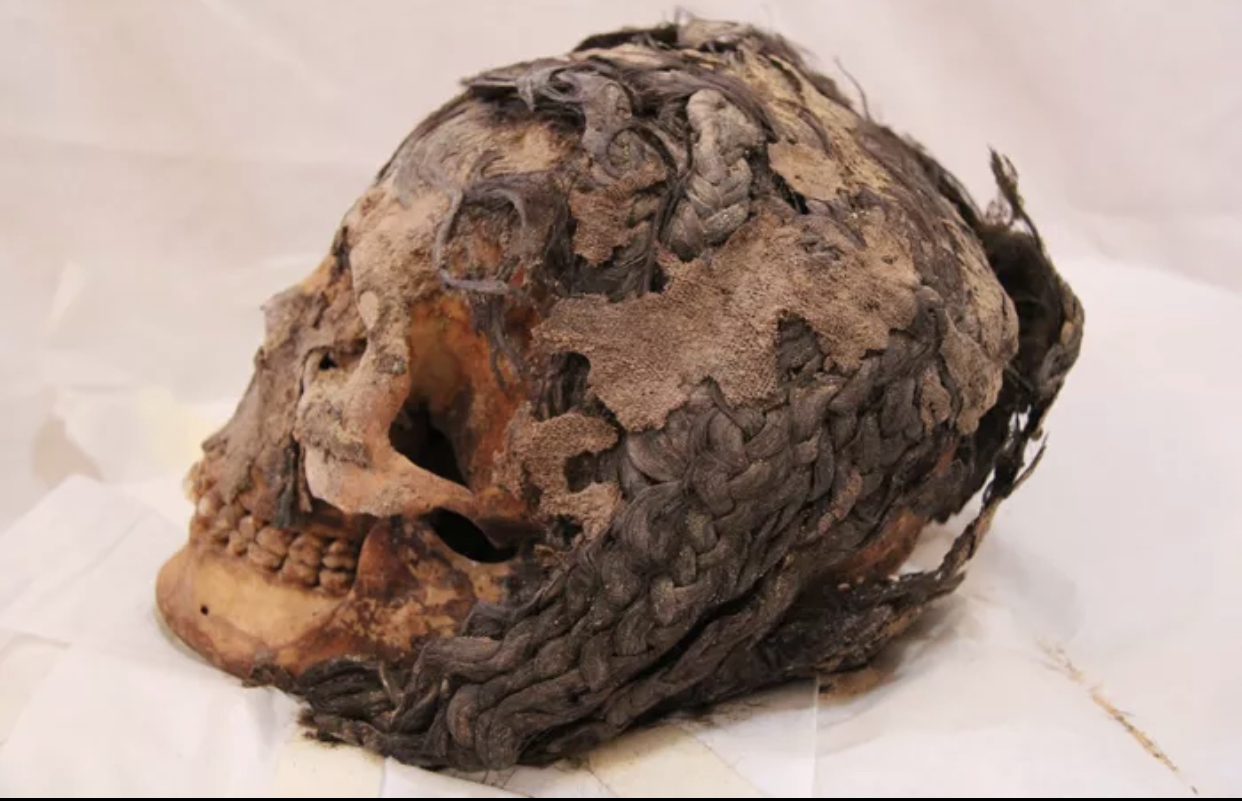 To conserve the hairstyles paper was wrapped around the skulls both vertically and horizontally. The paper was then closed with tape. This wrapping protected the hair, preventing it from shifting, while allowing researchers to continue studying other aspects of the skull, such as the teeth.

The city of Amarna was constructed as a new capital of Egypt by Akhenaten (reign ca. 1353-1335 B.C.); the pharaoh who devised a religious revolution that saw the Aten, a deity shaped as a sun disk, assume supremacy in Egyptian religion. Akhenaten ordered that Amarna be constructed in the desert and that images of some of Egypt’s other gods be destroyed.

Researchers don’t know the names, ages or occupations of these corpses; but they are a part of hundreds of people; including many others whose hairstyles are still intact, who were buried in a cemetery near an ancient city.