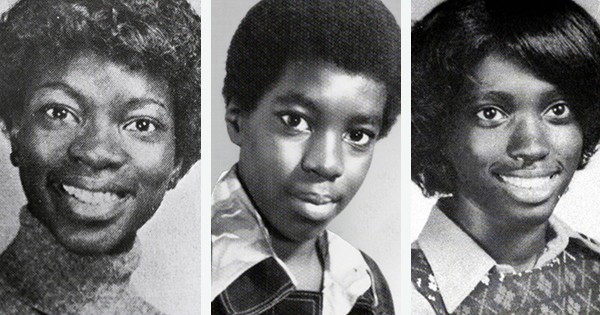 On a cold December afternoon in 1975, a mother, two daughters, and a son were found shot to death in their large, suburban home in Teaneck, New Jersey. They were discovered by father and husband Wesley Diggs, an entrepreneur who owned bars and restaurants in Harlem, NY. He immediately became a suspect in the case, yet was cleared only a few weeks after the tragedy occurred. The police had ruled out robbery as a motive and said there were no signs of forced entry into the home. 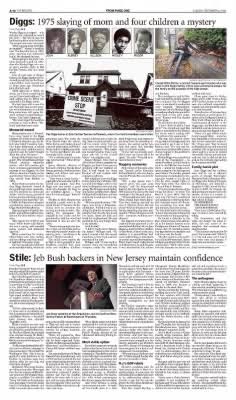 According to Blacknews; A lengthy probe by The Amsterdam News revealed that a local police chief and county prosecutor; had treated the case as if they were dealing with a pickpocket. After many years, detectives were still unable to secure even one arrest. A source close to the investigation also told the newspaper that the Bergen County, N.J. Prosecutor’s Office; had mounted a search for an informer, who had promised to furnish them with clues to the killers, but disappeared soon after being paid a large sum for his “cooperation”.

With revenge remaining as the only possible motive (including the possibility of reprisals from impatient loan sharks); detectives and began “stepping up” their inquiries with friends, extended family; and business associates of Wesley Diggs – yet when Diggs suddenly died on a public street from a heart attack in 1987; police were no closer to solving what had been a disturbing, and very senseless crime.

The Murder Of The Diggs Family Unsolved

Fast-forward to 2021. Today, there are more than a dozen “new” technologies that were only a dream in 1975; but are now commonly used by police departments all over the world. Whether it’s DNA sequencing, 3D scanners, microscopy, ballistics photography, or chemical analysis; any one, or combination of these technologies are now in use and can be accessed in the investigation of any unsolved crime; including ones that are over 40 years old.

Yet, even with these modern-day, crime-fighting tools at our disposal- dozens of unsolved N.J. homicides not only remain unsolved but also untouched;  including the appalling murders of one African American family. 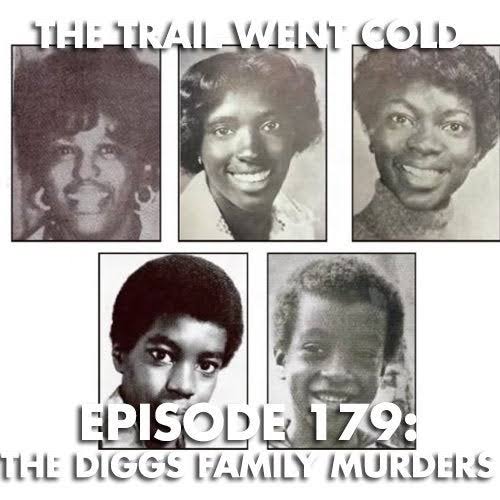 According to Richard Pompelio, Executive Director of the NJ Crime Victims Law Center; “The inability of law enforcement to close homicide investigations has had a devastating effect; on not only survivors but also the communities where the homicides occurred. As law enforcement must focus its time on current homicide cases; others are forced to receive less priority. Ultimately, they become cold cases and die a slow death. The end result is a failure of justice for the victim-survivors and members of the community; who continue to bear the emotional wounds of an unsolved crime.”

Pompelio pointed out that “advances in forensic technology over recent years have greatly benefitted law enforcement in solving crimes.” He expressed the hope that cases like the Diggs murders would be given a fresh look by the authorities.

The horrendous nature of the crime not only attracted a plethora of news articles, future podcasts, and TV news segments; but also the attention of film and television producer Howard Nash, who co-wrote and produced a film about the case that was released last year; and who reached out to Pompelio shortly after the film was completed.

According to Nash, “It wasn’t only the crime story that needed to be told, but the fact that, 40 plus years later; we have the tools but not the will to find out who committed the actual crime. Nevertheless, after more than a dozen calls from my team, the ‘Cold Case’ office; in the Bergen County Prosecutor still refuses to comment on whether the case will ever be revisited.”

The film, aptly titled American Wisper, is now streaming on major platforms and has won more than 25 festival awards since its release last March. It also passed the “one million viewer” mark in July, a rare feat for a self-distributed, 90-minute film.

Nash and Pompelio continue to work together, to bring the “Diggs” case to light; and to impress upon prosecutors the importance of reopening a once-famous case.