An Account Of How The Dutch Invaders Robbed and Rapped Ahanta, The Historical Land Of Twins and Wealth, Of all their Riches

The Ahantas are a Akan people who live to the north of the Nzema in present day Ghana. Ahanta literally means “the land of Twins.” and  has been historically known as one of the richest areas on the coast of what is now Ghana. It is what is now the Western Region of the Republic of Ghana. The Ahanta land comprised of a regional power in the form of a confederacy of chiefdoms; which had come in early contact with the European nations settling on the Gold Coast for the purpose of trade. The towns include what the Dutchs referred to as; Taccarary (Takoradi), Sekondi, Cape Three Point, Akwadaa,Busua , Dixcove, Prences etc. Their capital is Sekondi-Takoradi also known as the twin-city. This is an account of how the greedy Dutch invaders robbed the people of Ahanta; and took away their wealth by Ahanta Apemenyimheneba Kwofie III.

Ahanta has lost its glory and shine in present Ghana. We are regarded as a minority ethnic group with no social, political, and economic relevance in the affairs of Ghana. It’s like we have nothing on the table to offer socially, politically, and economically.

Even in Sekondi-Takoradi, we have allowed ourselves to be relegated to the background and have become more of second-class citizens; who feed on leftovers and crumbles falling from the dining table. We have stakes in nothing as far as Sekondi-Takoradi is concerned but who do we blame for all these woes? I blame no one other than ourselves but the question, is it too late to wake up as people and take our place? I think it is not. 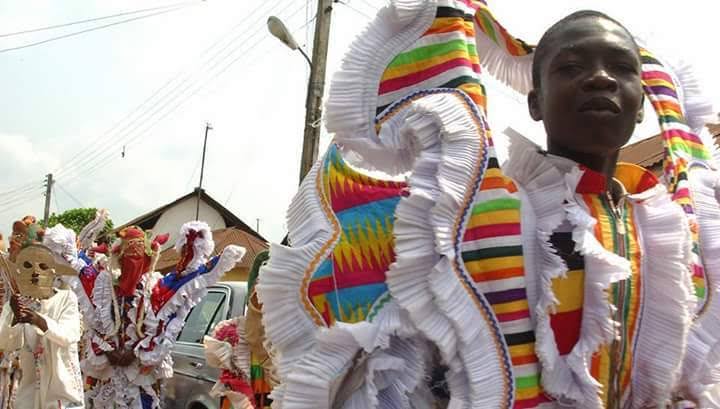 For more than 10 years, I have been researching on Ahanta and trying to trace our roots as people by connecting the dots and the missing links. In these years of researching on Ahanta, some of the things I have found beat my imagination. They are mind boggling and often leave me in me in awe if I look at the present state of Ahanta. We are failing our forefathers, ourselves and the generation to come after us.

How did we end up with high poverty levels and completely disintegrated as people when our forefathers and ancestors lived in glory and riches? Other tribes which suffered similar fate as we, have put the past behind them and moved on. They are rallying their strength socially, politically and economically for their collective well-being; and interests but unfortunately my beloved Ahanta still lie in desolation nursing fractures of colonial wounds. To wake up and heal from colonial wounds and take charge of our destiny since the colonialists are long gone

The Ahantas are believed to be part of the Akan waves who were on migration from old Ghana through Bono and around 1229, they crossed the Pra river with their leader who was described by his followers as the one who possessed whimsical powers. They soon settled between Pra and Ankobra rivers and organized themselves into chiefdoms with the king himself residing at “Owulosua” which later came to be known as “Owusua” and came to be known as Busua by the colonialists. Between 1300 and 1400, they had already mobilised themselves into a powerful force occupying the territory between Pra and Ankobra rivers and the Atlantic Ocean stretching from Shama to Axim and beyond. 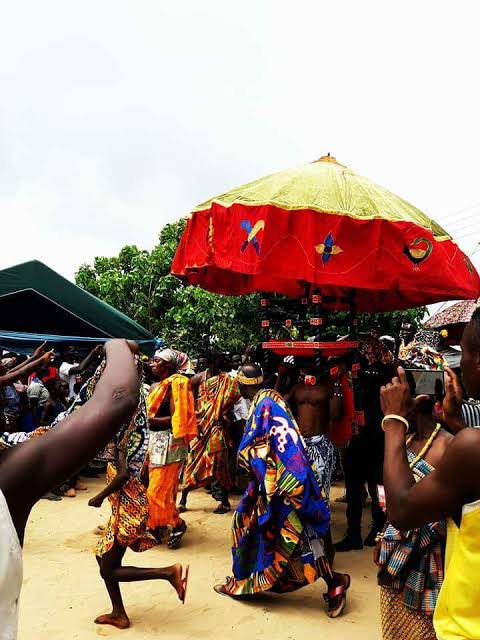 They came into contact with the Europeans particularly the Dutch around 1590 and early 1600s. They established friendly relations with them initially until the Dutch wanted more out of the their friendly relationship with Ahanta. At some point in time, the Dutch wanted the whole of Ahanta for themselves and that was when the hostilities between the Ahanta chiefs and the Dutch begun. The climax of the hostilities were the events which lead to death of Badu Bonso II and several Ahanta royals. Several others were also shipped to Dutch Indies and were made slaves in sugar plantations. For more than 10 years, no king was placed on the throne in Ahanta because the Dutch had deployed heavy military presence in Ahanta.

In the Dutch – Ahanta war which led to the death of Badu Bonso II, the Dutch invaded his palace after killing him and made away with all the gold dusts stored in the palace since the foundation of Ahanta. They also took away other treasures, chieftaincy regalias, precious stones and jewelries belonging to the king and the queen. They had heard that Badu Bonso II had a lot of gold dusts and other precious stones in his palace so as soon as they killed him; led by General Verveer, they stormed his palace and made away with everything. Apemenyim which was known to be source of gold and wealth of the kingdom at the time was completely destroyed together with prominent towns like Busua and Takoradi.

Whereas we are reminiscing the pains and agonies inflicted on us by the Europeans particularly the Dutch; we can also credit them with facts of records they left behind giving us the true state of Ahanta and its riches before they raped and robbed of everything. Apart from oral traditions and folklore handed down to us by our forefathers; the Europeans themselves kept accounts of their encounter with Ahanta; and that partly confirmed what our forefathers and ancestors told us. One of such European who recorded his encounter with Ahanta was Bosman, the Dutch explorer who toured Gold Coast in the 17th century; Douchez, F. (1839), Tengbergen, H.F. (1839) and Van Dantzig, Albert (2013) some of the recent European sources on ther encounter with Ahanta.

The early Europeans who came into contact with Ahanta described their king as the one who wear gold clothes and also sat on gold. They further described him as one who is rarely seen in public unless on special occasions, festivals and gathering of the people. They also mentioned that the king had his palace close to sea where a lot of whales are found. Of course! Still the palace of king of Ahantas is found at Busua and Ahantas themselves hold the account that they came this earth through the mouth of a whale. In as much as this appears to be a myth; it proves the fact and the significance of titles of Ahanta kings which suffices with “Bonso”; meaning the whale which is known to be the biggest creature in both the sea and on the land

Powers of Life and Death

Europeans again described the king of Ahantas as one who has the power to grant life and death. If he forgives you, you are made to serve in his palace for a number of years and on the grand day of the festival, you would return to your village and people. If he condemns you to death, there is an execution square deep in the forest where they would kill you and bring your head to him as a proof. This is to ensure that the executioners carry out strictly the orders of the king. If he speaks, it is final and no one dare to challenge the words of the king. The one who does that will be put to death. Their king is greatly feared, they said. 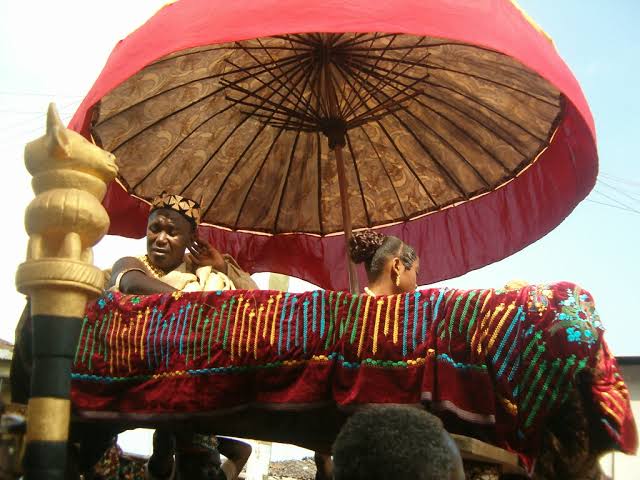 They described the festival of Ahantas as one which is accompanied by drumming and dancing during the nights at the square. During the day, a strict ban is placed on noise and other activities because It is believed that their ancestors and gods; will be visiting them with fortunes to have good harvest in the years ahead. A lot of sacrifices are made to appease their gods and ancestors and on the grand day of the festival; chiefs and people would come from all the villages and gather at the square of the king’s palace to pay homage. Their king would then sit in public to receive gifts brought to him from all the villages. The grand festival lasts for about a month with full of activities after which the people would return to their village by walking.

They described our rivers and streams to have their banks covered with dusts of gold and they described Ahantas as natives who have gold in abundance. The above description is typical of how the Europeans describe many Akan states they came into contact with and Ahanta is not different. The history of Akans and gold can be traced from the golden kingdom of Kush; through the old Ghana empire where the Akans were known to have been trading in gold and other precious metals. The story of Ahanta couldn’t have been any different from all other Akan states. Ahanta was a state of gold and until the Europeans particularly the Dutch looted everything and left Ahanta in tattered penury.

We are now left with rifted chieftaincy and political fronts which is deepening our woes and agonies; more than what the colonialists inflicted upon us but it is still not late to wake up and build Ahanta.