André Leon Talley Is Honoured With A Harlem Memorial 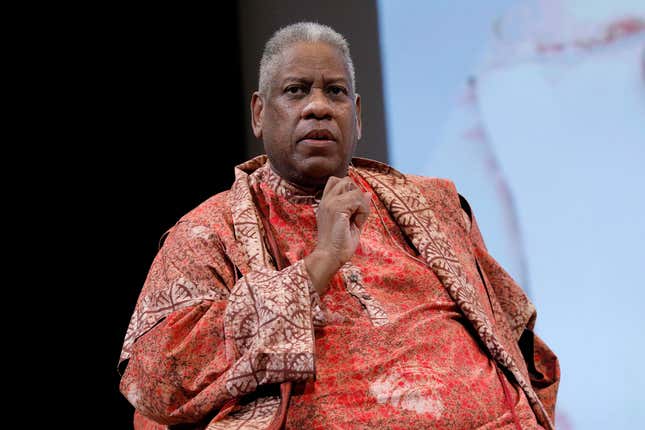 Naomi Campbell, Gayle King, Anna Wintour, and Marc Jacobs were among the celebrities in attendance to honour Talley’s far-reaching influence on the fashion world.

“His transition was between him and God,” said Talley’s pastor, Rev. Dr. Calvin Butts.

Read more: Havard University Set to Make “Amends” For Its History Of Slavery

André, he added, kept his illness a private matter.

Naomi Campbell arrived at the church in an all-white vintage Rolls-Royce, draped in an Elsa Schiaparelli feathered gown described by the New York Times as “like an angelic swan headed for a gospel brunch.”

She accessorized her gown with a gold chain emblazoned with the letter “A,” a tribute to Talley.

Campbell also spoke at the memorial service for her dear friend, recalling one of the last times she saw Talley was in Lagos, Nigeria, where they attended a Fashion for Relief fashion show charity event.

Campbell and Diane von Furstenberg were among those who returned his ashes to his home state of North Carolina last weekend.

At the end of the service, von Furstenberg read a letter she wrote to Talley that perfectly captured his influence in the fashion world as well as his humanity.

“We had our disagreements,” she admitted. “You weren’t always easy,” she went on.

But he was one of the most “extraordinary people” she’d ever met, with his “large reassuring hands,” “even bigger heart,” and “capacity for love.”