ANGELA BASSETT; “MORE BLACK WOMEN SHOULD BE INVOLVED IN ANIMATION.” 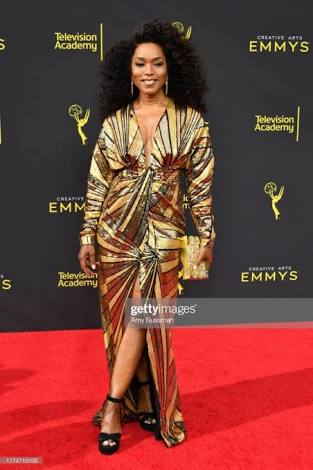 Angela Bassett feels it is important to have people of colour in the world of animated stories because it is important for the young generation to know that there is vast and diverse humanity out there.

“There aren`t many,” Bassett said while talking about the lack of animated Black women on screen.

Bassett has played some of the most powerful Black women of the twentieth century—Rosa Parks, Betty Shabazz, Tina Turner. Among her many awards, she received a Golden Globe for Best Actress in 1994 for What’s Love Got to Do with It, several NAACP Image Awards, and a SAG Award for her role in Black Panther.

“I have had the great privilege of portraying strong Black women in my career. These women have powerful stories to tell, and my hope is that Hollywood will continue to shine a light on these important women who have shaped history,” she said in one of her interviews,

“One role that I would still love to play takes us back farther in time: Queen Nefertiti of the 18th dynasty of ancient Egypt. The legend of her power, intellect, and beauty really draws me to her story, and I would love to explore that on the screen,” she added.

Bassett was recently seen in the animated film “Soul”, with which Jamie Foxx became the first-ever African American lead in a Pixar film.

Angela Bassett is an American actress, director, producer, and activist. She is known for her biographical film roles, most notably her performance as Tina Turner in the biopic What’s Love Got to Do with It (1993), for which she was nominated for the Academy Award for Best Actress and won the Golden Globe Award for Best Actress – Motion Picture Comedy or Musical