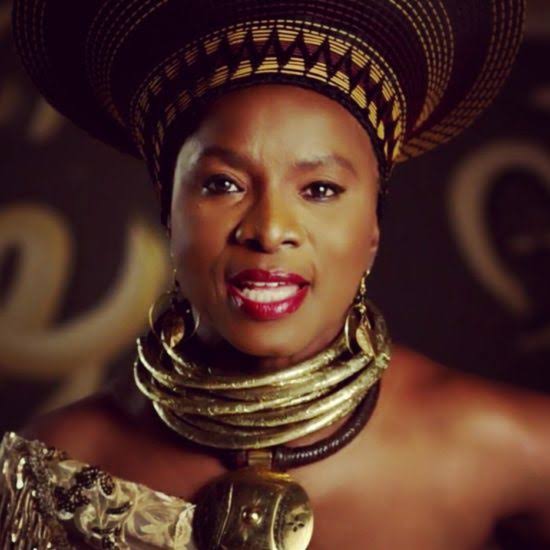 Angélique Kidjo is a multiple Grammys award winner, a goodwill ambassador for the UN, campaigner of the pro-poor charity Oxfam and an activist on women’s rights and the climate crisis.

The video of her hit track Agolo, which was released in 1994 has been nominated for a Grammy award;

Putting together the best bits from her home, Kidjo’s image since the 1980s is the result of talent wrapped in deliberately-chosen African fashion, arts, and languages.

You are wrong if you think this comes easy. There is nothing easy being unapologetically African or black in a world that was not necessarily conceptualised with you in mind.

Angélique Kidjo sang in Fon, her native tongue. She also did in Yoruba, English and French, putting together sounds from jazz, samba, salsa, soul and even reggae and hip hop.

She also retained the then-embryonic sound of Afrobeats as well as Francophone African traditions.

The subjects treated by Angélique Kidjo in these albums were those close to her heart. They were her truths, realities all too familiar growing up in Ouidah, Benin.

For instance, in Logozo, a Billboard chart-topping album, Angélique Kidjo discussed homelessness, freedom and the environment. Record producers are not going to be very excited about their female artistes doing that, whether in 1991 or 2019.

Still, through all of this, Angélique Kidjo’s looks, or appearance, mattered. Her visual appeal which went with the music, tapped mainly from voodoo culture from Benin and other parts of West Africa.

So how did Kidjo do it, all the while gathering Grammys, working as a goodwill ambassador for the UN, campaigning of the pro-poor charity Oxfam and talking about women’s rights and the climate crisis?

It began in Paris, France in 1983. Perhaps, Kidjo’s journey to these heights could not have happened in a better place for a young African woman than in France.

There is an interesting angle here because Kidjo’s coming to be an African superwoman could not happen on her own continent.

As Jon Pareles wrote for the New York Times, the singer left “behind a Communist dictatorship that wanted songwriters to praise the revolution continually, but she was also setting aside her growing stardom in West Africa and losing contact — for six years, until democracy came to Benin — with a family that had been uncommonly supportive of her ambitions.”

As she herself would later say: “I refuse for anyone to tell me who I am because I know who I am.” She was not going to be French or European but she had to be something.

In Paris, she was introduced to a wide range of cultures and sounds and that afforded her the ability to experiment. That is where she also met her husband, Jean Hebrail, the French producer, composer, and bassist.

Kidjo’s first few years in Paris were spent studying and performing with various local groups. But she would soon start writing songs too like she did for the Dutch pianist Jasper van ’t Hof.

The Beninoise had not gone to France as a novice in music. She already had a moderately successful album back home.

Between 1990 and 1998, Kidjo released five albums. Her sound was unique and not in a cliche kind of way; hit tracks such as Wombo Lombo, Agolo, Naima and Batonga were all produced between that period.

Showcasing her Africanness was unproblematic for her. For a way of life so often mischaracterised even by Africans, Kidjo was confident in relaying the artistic expressions fundamental to what she knows is African.

On this, she said, “The richness of Africa, culturally, is vast. That’s the challenge that we have to face, because most of the time, people in the Western world, their attention span is really narrow.”

Kidjo, therefore, set her own task: taking Africa to the world. For her, this was non-negotiable as an artiste.

The narrow attention span of the Western world has not been Kidjo’s only problem to address.

The wonderfully catchy “Agolo”, a driving dance number whose lyrics tackled global environmental issues head on went on to become one of the most popular hits of Angélique Kidjo’s career. The video directed by French director Michel Meyer was Angelique’s first nomination to the Grammy Awards. it was mixing traditional visual elements from Beninese culture with hi tech special effects and was broadly broadcasted all other the African continent.