Another Great Win and Achievement For Blacks All Over The World 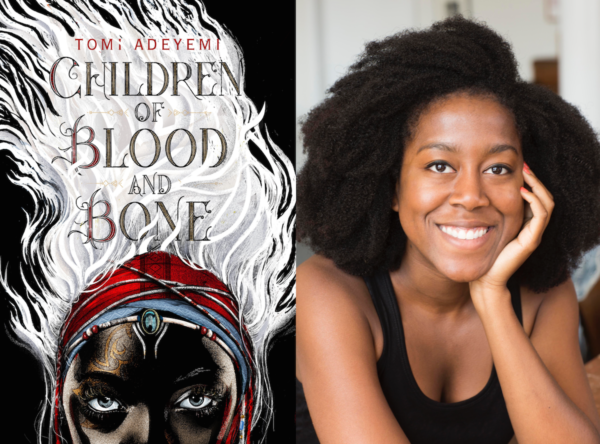 Tomi Adeyemi is a Nigerian-American novelist and creative writing coach. She is known for her book Children of Blood and Bone, the first in the Legacy of Orïsha trilogy published by Henry Holt Books for Young Readers.

24-year-old #Naija beauty #TomiAdeyemi just scored one of the biggest book deals in history which includes a 7-figure movie deal! Her book #TheChildrenOfBloodAndBone is a fantasy series which she describes as “#BlackPanther, but with magic.” TCOBAB is the first book out of three.

Adeyemi began writing the book series while she was teaching in Brazil and became infatuated with Nigerian mythology and says that it’s an integral part of her trilogy. For all of the reasons we love “Black Panther,l Adeyemi believes we will love “The Children of Blood And Bone” too.

“That’s why the success of [the recent Marvel movie] #BlackPanther has been so significant – black and marginalized audiences have the chance to see themselves as heroes depicted in a beautiful and empowering way, and white audiences get to see new stories told, and it becomes easier for them to picture a black superhero,” she told @TheGuardian. “Imagination is a funny thing – we sometimes need to see something before we can truly picture it.”

“The story’s protagonist Zélie, a fisherman’s daughter, is sent on a quest to restore magic to her culture. She is confronted by divine forces and teams up with unlikely allies. The story is reminiscent of other entries into the fantasy genre like “Harry Potter” and “The Lord of the Rings” trilogy but this book is based off the real world, too.”

Many places in “The Children of Blood And Bone” are named after Nigerian cities, the characters wear traditional Nigerian garb and there’s a spiritual connection to the country similar to the ancestral plane in Black Panther.