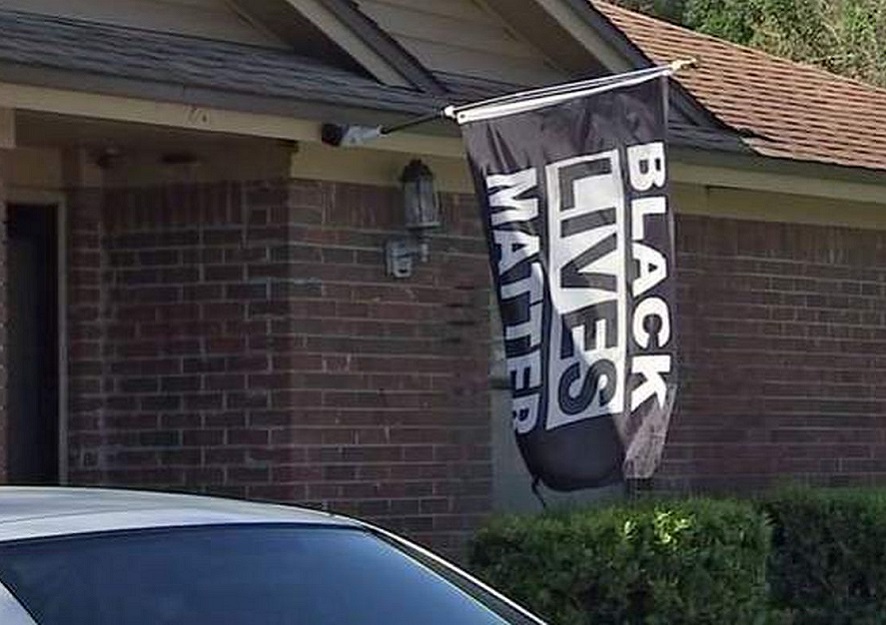 A black resident in Jacksonville neighbourhood in Florida, has filed a federal lawsuit against his local homeowners’ association; after he was told to remove a “Black Lives Matter” flag from his house.

In a press conference on November 24, Antoine Mickle, explained how the association and his neighbours subjecte him to daily harassment; this is a neighborhood he bought his home and has spent almost 19 years.

“I felt lonely and just all by myself that I couldn’t do anything against this powerful force, an HOA that has attempted to take my home away from me before,” he narrated.

The River Point Community Association board, in a lengthy statement, said that “unfortunately, the homeowner took offense to a letter sent to him that would have been sent to any other homeowners not following Association guidelines that have been in place for some time.”

The association explained that the issue is with the position and not what the flag stands for; as he flew it off his house and not on a flagpole.

His lawsuit, however, showed pictures of neighbors’ homes with different flags; including a Blue Lives Matter flag, a Thin Blue Line flag, various Trump flags and flags honoring sports teams. Those flags, similar to Mickle’s, flew off of houses, not off of a flagpole. 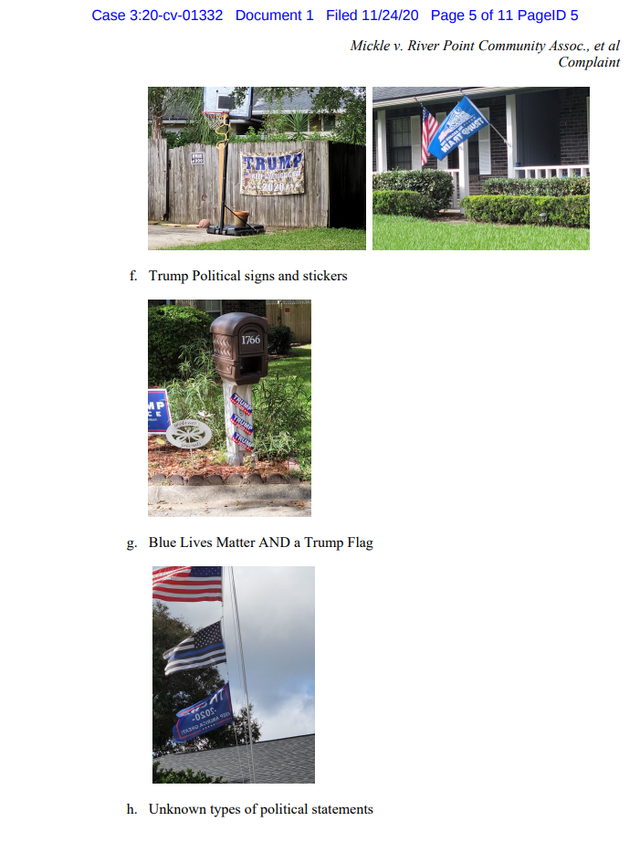 Mickle’s attorneys said they would like to see the association, institute new policies and undergo training.

Antoine Mickle was threatened with fines/eviction by his HOA for supporting #BLM. Adding insult to injury, neighbors flew #Trump2020 and #BlueLivesMatter flags but only Antoine was reprimanded for flying a BLM flag!! We will not tolerate this discrimination! pic.twitter.com/RoPqAk3bXE

“These folks need to understand and know that this is wrong and by doing this you’re not only harming Mr. Mickle, you’re harming everybody’s right to live in an integrated community,” attorney Matt Dietz added.

Keenya Robertson with the HOPE Fair Housing Center in Miami said this was a “modern-day version of discrimination and tactics that are meant to harass and intimidate someone who lives in their community.”

Robertson, who also serves as the board chairwoman for the National Fair Housing Alliance, said it was important to take an action like filing a lawsuit so that others would know what housing discrimination looks like.