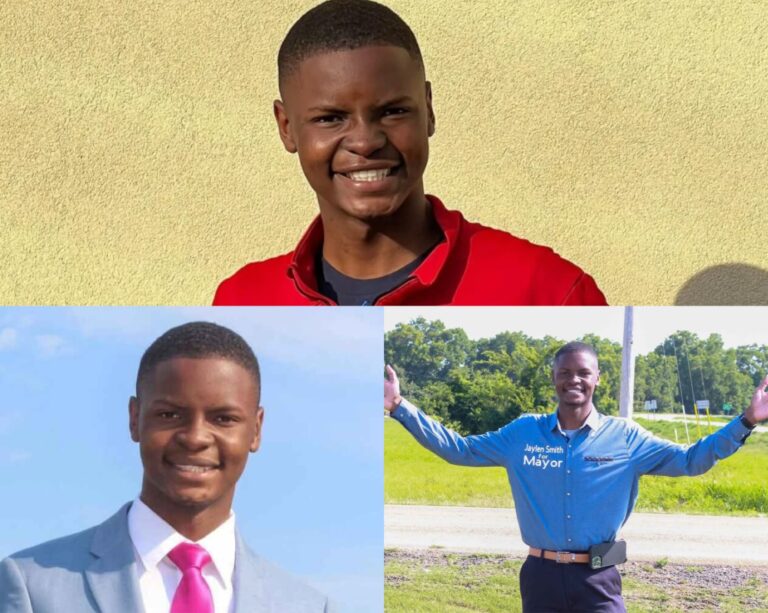 The youngest Black mayor in American history is currently an 18-year-old college freshman, Jaylen Smith who won the election in a small Arkansas town.

Despite being “certain” he would win the runoff election on Tuesday, Jaylen Smith, a recent graduate of Earle High School, said he was nevertheless startled to learn of the outcome. He will serve as mayor of Earle, a community close to Memphis, Tennessee, with little under 2,000 residents, according to information from the 2020 census data.

“I felt so grateful! I had the craziest facial reaction when I won! It was such a blessing,” Smith told NBC News, adding that his parents are proud of him and have supported his campaign “every step of the way.”

NBC reports that Smith received 218 votes while his opponent, Nemi Matthews Sr., won 139, according to The Hill. Smith said he decided to run for mayor at the start of his senior year, with the encouragement of his fellow student government association members. He said he fully understands the historic significance of his win. “It feels awesome. Generations and generations of people will read about this historical moment,” he said.

Now that he has been elected mayor, Jaylen Smith said he intends to concentrate on public safety, transit, and bringing a major grocery store to the community. Smith stated that he is very passionate about expanding locals’ access to food sources.

“We had one a long time ago, but it closed,” Jaylen Smith lamented about the now-closed grocery store. “Our seniors don’t have transportation to get to and from West Memphis to get food. So it would be better to have a grocery store here in town.”

In a Facebook post that has been shared more than 800 times, Jaylen Smith, an Arkansas State University Mid-South student, proclaimed the victory. He expressed the hope that other young people will be motivated to enter politics by his victory.

“Go for it!” he said. “It would be good for more young people to step up to the plate and say, ‘I want to be the change. I want to be the leader people want to see in my community.’”

The young politician said the win is extremely significant to him as a person diagnosed with a learning disability. Smith said his disability makes it hard for him to do well on standardized tests. “This disability does not take away from what I am able to do,” Smith said, according to The Hill. “In fact, it motivates me more to achieve greatness.”

Smith told NBC News he’s enjoying this particular moment of greatness, which includes celebrating the win over the weekend with friends and family.