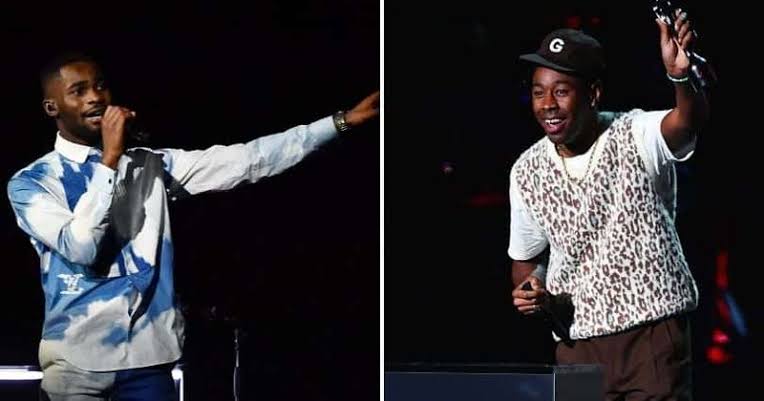 A night of recognition and awards at the Brit Awards 2020, added a protest flavor as black artists made strong political statements in their performance. The Brit Awards 2020 held on Wednesday, 18th February at the London 02 Arena. Dave and Tyler The creator emerged winners in different categories yet called out The UK “Racist”; Rapper Dave Explicitly called the prime minister a racist during his performance.

Dave, The 21-year-old musician took to the stage in London’s O2 arena to perform a reworked version of the song “Black” from the album “Psychodrama,”; which explores the experience of black Britons while celebrating black excellence.

However, the newly written verses included the lines; “It is racist whether or not it feels racist, the truth is our Prime Minister’s a real racist.”

The south London native went on to highlight the disparity in the media’s treatment of the Duchess of Sussex and the Duchess of Cambridge, adding; “Now if you don’t wanna get it, then you’re never gonna get it. How the news treats Kate versus how they treated Meghan.”

Dave, who took home album of the year for “Psychodrama,” also insisted “equality is a right, it doesn’t deserve credit.”

Also, after calling for “way less hatred, more conservation, less deforestation” he concluded the song by; criticizing the government’s handling of the Grenfell Tower tragedy and the Windrush scandal. “We want rehabilitation, now that would be amazing, but Grenfell victims still need accommodation, and we still need support for the Windrush generation.”

After winning the award for best international artist, US rapper Tyler The Creator used his acceptance speech to taunt former prime minister Theresa May.

The 28-year-old musician recalled being banned from the UK in 2015; when May was the home secretary, on the grounds that his music “foster(ed) hatred with views that seek to provoke others to terrorist acts”.

At the Brits Tyler The Creator revealed he was elated that the restriction was overturned by the Home Office in 2019, allowing him to perform in the UK for the last May.

He told the crowd he dedicated his award to; “someone who I hold dear to my heart, who made it where I couldn’t come to this country five years ago. I know she’s at home, pissed off. Thank you, Theresa May.”