AWUT DENG ACHUIL:THE FIRST WOMAN APPOINTED TO CHAIR THE COUNCIL OF A UNIVERSITY IN SOUTH SUDAN 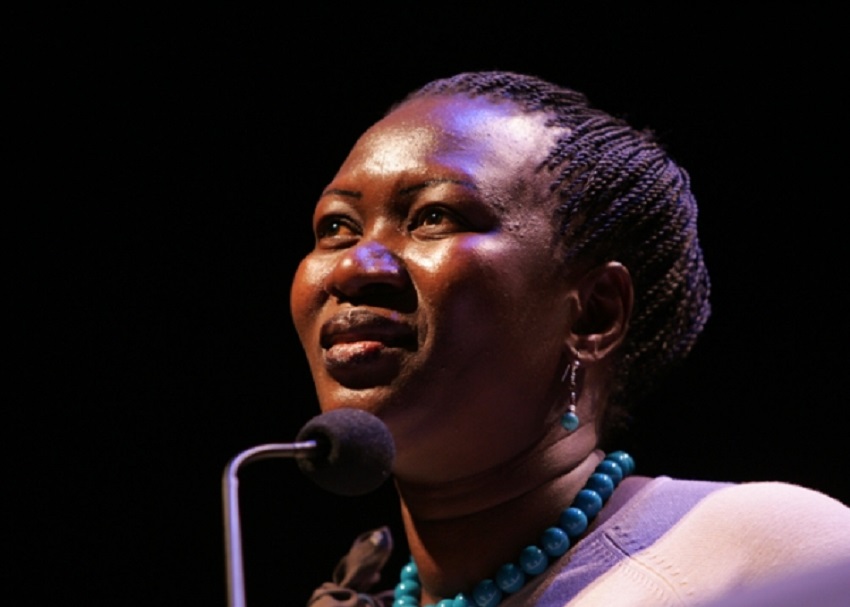 A black woman has broken the record of so many years and has become the first woman, to chair the governing body of a university in South Sudan. Awut Deng Achuil has been appointed the chair of the council of the University of Bahr El-Ghazal, South Sudan.

Awut Deng Achuil is currently the Minister of General Education and Instructions.

Achuil’s appointment was announced in a presidential decree that was read on the South Sudan Broadcasting Corporation. Prior to this appointment, she was also the first woman to serve as the South Sudan Minister of Foreign Affairs and International Cooperation.

From 2005 to 2019, she held various positions including; Presidential Advisor on Gender and Human Rights, Minister of Labor, Public Service and Human Resource Development, Minister of Humanitarian and Disaster Management and Minister of Gender, Child and Social Welfare, a report said.

Described as a leader of peace efforts, Achuil played key roles in the 1999 Wunlit Peace Conference, between the Nuer and Dinka; following months of ethnic violence. She also traveled the world from 2000 to 2002, advocating for peaceful solutions to the many problems South Sudan faced. With these efforts, the expert trainer on conflict resolution earned various awards including the 2002 Interaction Humanitarian Award, becoming the second African woman to receive that award after Graca Machel, the wife of Nelson Mandela.

Marrying in her teens, to losing her husband in the liberation struggle; Achuil has beaten the odds to become the exceptional woman that she is at the moment.

A member of parliament since 2010; she served as Foreign Minister from August 2019 until March 2020, when she gave up her post; after a unity government was appointed in February to end the conflict between rival groups in her country.

South Sudan gained its independence in July 2011, from Sudan; after a 2005 agreement to end the longest-running civil war that started in 1962. The independence of the Black South Sudanese indigenes indeed ended the civil war with the Arab Sudanese overlords but started another inter-ethnic and inter-factional civil war.

People fought primarily along ethnic lines between Salva Kiir’s Dinka and Riek Machar’s Nuer tribal groups. These two armed rebel groups  have caused the displacement of over four million citizens since independence; and caused the death of over a million as they fought each other.

With more than 80 percent currently living below the poverty line, the International Monetary Fund this month, granted the country a $52 million emergency disbursement; to help it revive its economic fortunes amid the pandemic.