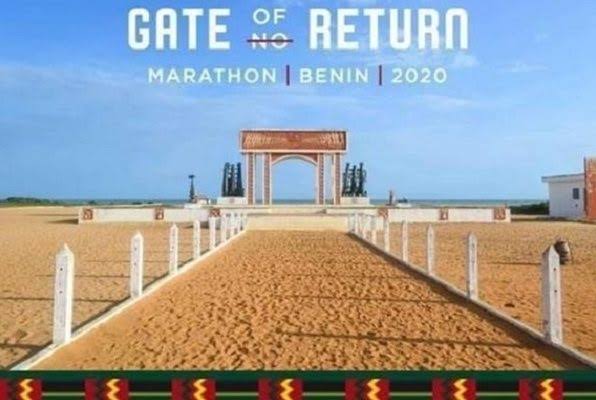 Following Ghana’s Lead Of the 2019 Year Of Return, An initiative by The Ghanaian President, The republic of Benin has followed suit. The country has launched its own initiative, “The Gate Of No Return” Marathon. The initiative was founded by the star hollywood actor, Djimon Hounsou.

While meeting with the United Nations Foundation and congressional representatives on the International Day for the Abolition of Slavery today, two-time Academy Award nominated actor and activist Djimon Hounsou announced the Gate of No Return Marathon (gateofreturn.com) and Festival and the nonprofit Djimon Hounsou Foundation.

The Gate of No Return Marathon and Festival will be held in 2020/21 in Benin, West Africa. Organized in collaboration with the Government of Benin, this event aims to help heal the wounds that slavery left behind by reconnecting the descendants of those trafficked with their motherland, and to encourage the rediscovery of family roots, history and culture.

According to Beninese-American Actor, Djimon Hounsou, “My dream for the Gate of No Return Marathon and Festival is not only to become a symbol of the triumph over slavery, but to heal the wounds slavery left behind and to champion a visceral connection from the diaspora to the motherland.”

Gate Of No Return Race

The Marathon starts at the Reconciliation Statue in Cotonou and continues west along the beach towards Ouidah. After entering the Gate of No Return, the race continues for another 1.75 miles onto the Slave Route. It then reverses course at the Tree of Remembrance – a new art installation – and ends at the beach, where a festival will be held.

The Gate of No Return Festival is a two-to-three-day celebration of African culture and identity that directly precedes the marathon. There, the countries of the African Diaspora (such as Brazil, Haiti, the Dominican Republic, Colombia, and the United States) and the mother continent will highlight their musical and culinary heritage, arts and crafts.

The festival is an opportunity to celebrate freedom, equality and African unity, to heal the wounds that slavery left behind.
Africans will play integral roles in the organization of The Gate of No Return Marathon and Festival.

Church of England, Anglican Communion apologizes for links to slavery