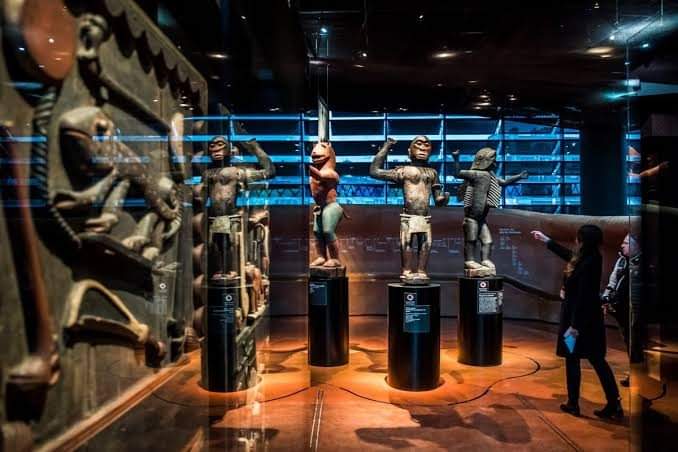 President of Benin Republic, Patrice Talon inaugurated an exhibition of historic treasures returned by France last year, almost 130 years after they were stolen by colonial forces.

The 26 pieces, some considered sacred in Benin, will be displayed from Sunday in the presidential palace in Cotonou.

The return of the artefacts by France comes as calls grow in Africa for Western countries to hand back colonial spoils from their museums and private collections.

Belgium,  Britain, the Netherlands and Germany have all received requests from African countries to return lost treasures.

The pieces returned in November after two years of negotiations between Cotonou and Paris; were stolen in 1892; by French colonial forces from Abomey, capital of the former Dahomey kingdom located in the south of modern-day Benin. 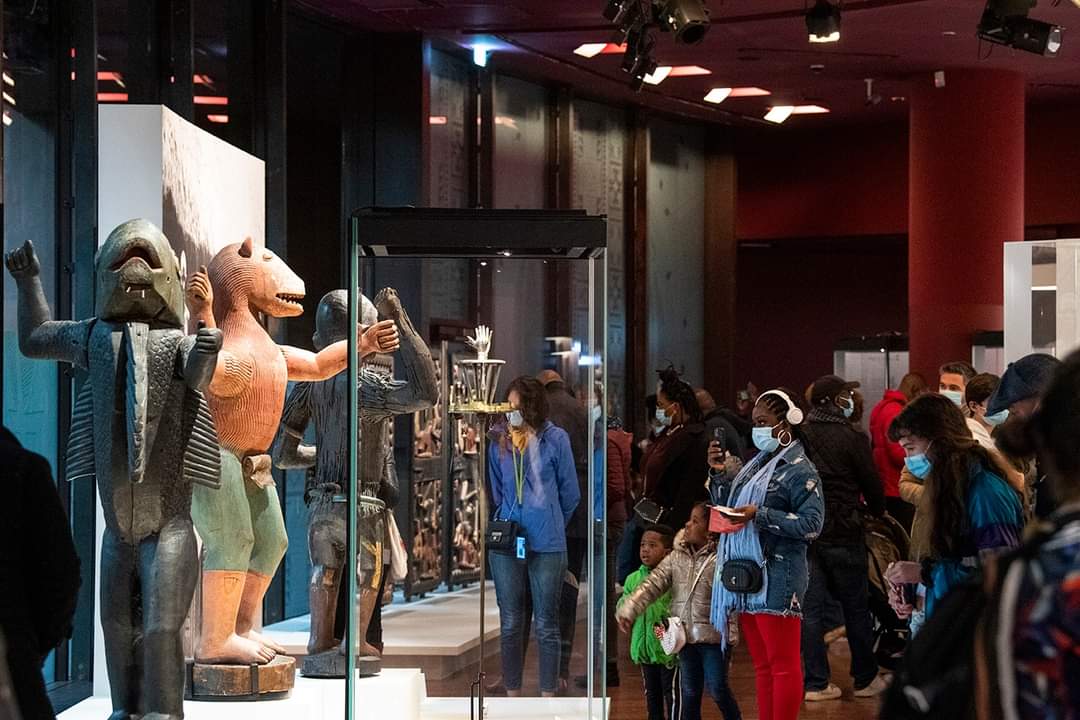 Benin Culture Minister, Jean-Micheal Abimbola told AFP in an interview that; “With this exhibition, we are returning to the Benin people part of their soul, part of their history and their dignity,”

The objects “were taken from a kingdom, but they are returning to a republic.”

Before its unification, Benin consisted of several kingdoms, including Dahomey, which was known for its vibrant artistic culture. 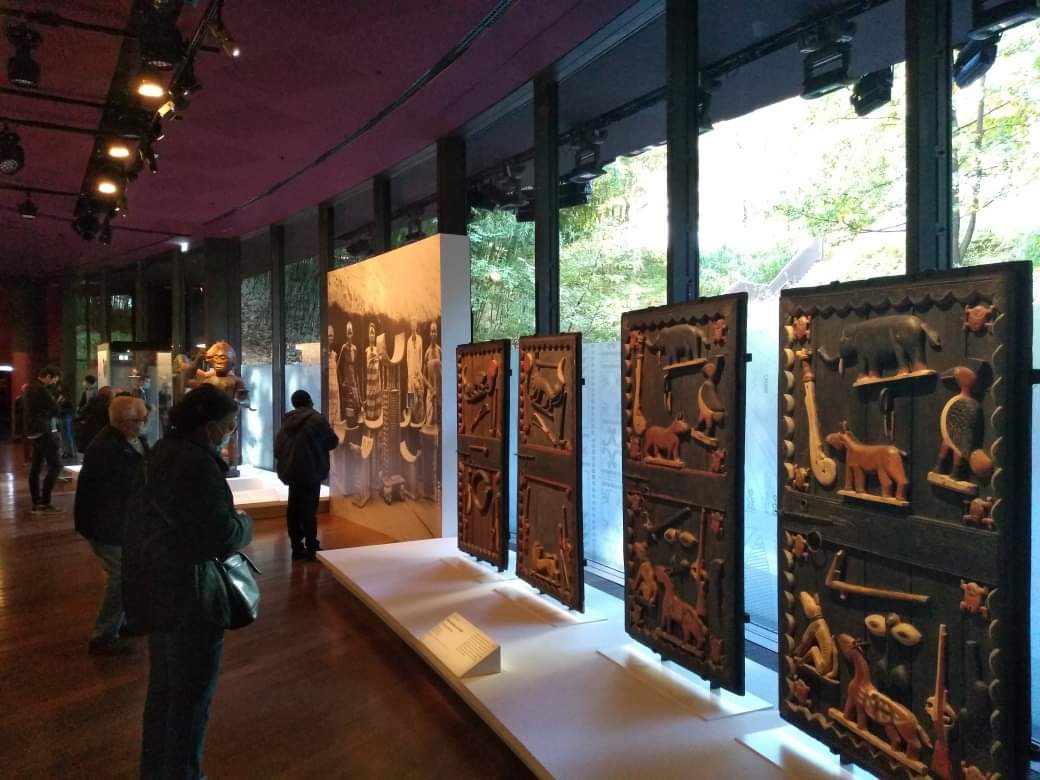 In the first room of the exhibition, immense black walls offer solemnity for a display of the thrones of Dahomey, including the wood and metal sculpture throne of king Gozo.

One of the exhibition guides, Theo Atrokoo said “Since it was installed, I haven’t stopped mulling over it; I had already seen it in the Quai Branly museum in France; but to see it here, home with us, it brings back part of our soul and connects with our history.”

President Talon officially inaugurates the event on Saturday evening and presented the exhibition to the visiting French Minister of Culture Roselyne Bachelot before it opens to the public. 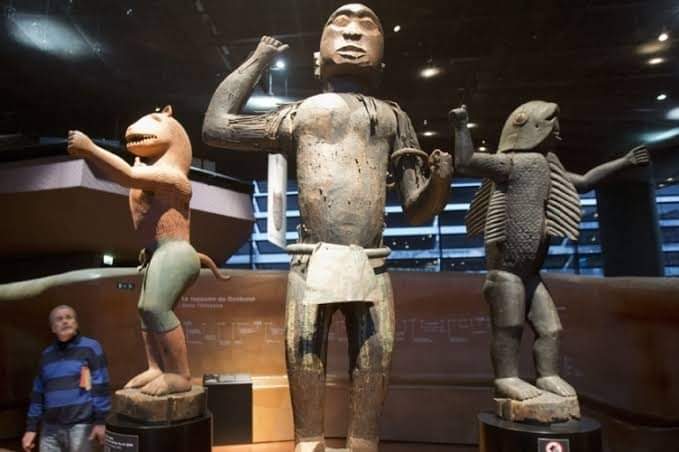 The minister said “It’s a magnificent exhibition which brings out the majesty, creativity, and the incredible historic, political and esthetic patrimony that these 26 artefacts represent,”

Alongside the royal treasures, the works of 34 contemporary artists have been selected for the exhibition.

A French-Benin artist, Laila Adjovi whose work is also being displayed said  “It’s very emotional to be in front of this throne. But I never imagined it would be so large,”

The unending effort to bring back all the Benin artefacts

French President Macron has worked to restore African heritage and Benin’s culture minister said discussions were ongoing to return other objects, including the sculpture of the god Gou, which is in the Louvre Museum in Paris.

French lawmakers have passed a bill allowing Paris to return artefacts to both Benin and Senegal.

Some were seized by colonial troops, administrators,  or doctors; and passed down to offspring who in turn donated them to museums in Europe and the United States.

However, others were gifts to missionaries or acquired by African art collectors; at the start of the 20th century or discovered by scientific expeditions.

A report commissioned by President Macron; counted some 90,000 African works in French museums, 70,000 of them at the Quai Branly alone.

French minister Bachelot said. “We are working on a law that will help facilitate this restitution.”