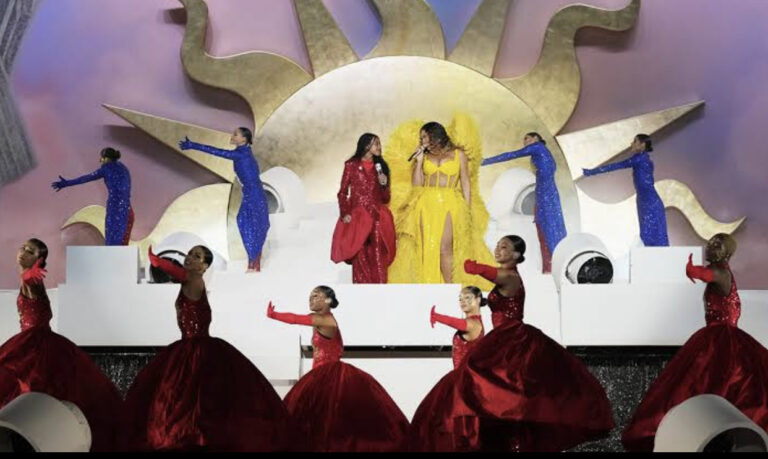 Beyoncé performed live for the first time since 2018 on Saturday night at the Atlantis the Royal hotel in Dubai. Fans are certain that the musical icon’s daughter, Blue Ivy, will follow in her mother’s footsteps because she joined her mother on stage as they both performed.

Beyoncé performed 19 songs after reportedly being paid $24 million for her appearance. It was saidthat the singer didn’t do any of her songs from her most recent album Renaissance, but she did sing her classic hits “Halo” and “Crazy in Love.”

Then her 11-year-old joined her for the live debut “BROWN SKIN GIRL,” the original song created for the soundtrack of the live-action film The Lion King: The Gift.

When the song was released, Blue Ivy was credited as a songwriter, appeared in the video, and had her vocals on the track, but this is the first time the mother and daughter duo have performed it together or live. Fans captured clips of the momentous occasion.

In the videos on social media, Beyoncé is dressed in a bright yellow gown with feathered details on her back, and Blue Ivy is in a sparkling red suit, surrounded by background dancers and vocalists in ballroom-style gowns in the same red hue. They’re standing against a background with a massive archway, under which is a stylized sun sculpture and lighting that resembles a stunning sunset. The singing was accompanied by an all-women orchestra of 48 people.