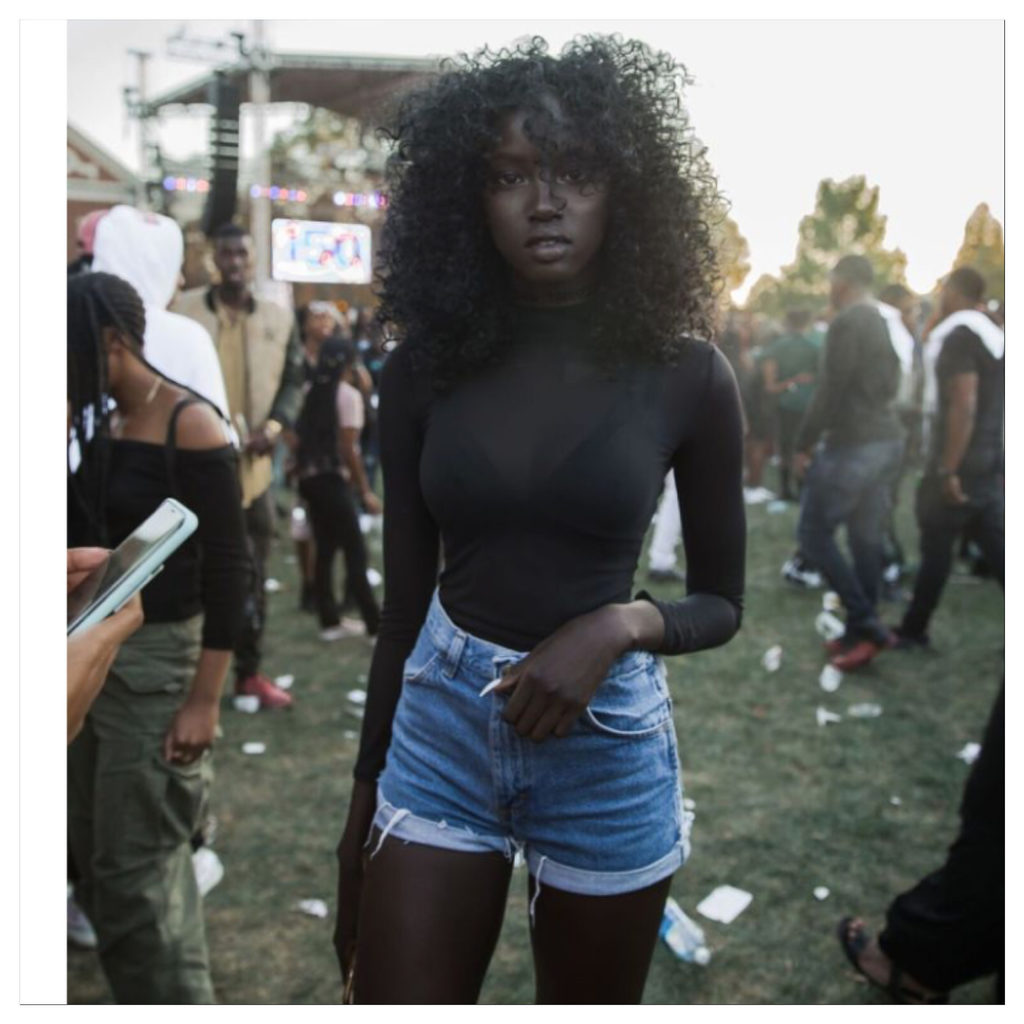 A stunning black 19 year old student is set to become a model after her pictures go viral by mistake. See full story below

Anok Yai is a sophomore at Plymouth State University in New Hampshire and she was snapped by a photographer at Howard University’s homecoming celebrations in Washington, DC last weekend.

But after the photos were posted by the photographer on his Instagram account, TheSUNK, Yai went viral.

Not only were the images widely shared and commented upon, but they’ve even led to Yai being contacted by multiple model agencies who want to sign her.

“Saw her right at the end of Yardfest,” wrote the photographer. “Stunning @anokyai.”

He was looking for the best dressed students at the event and Yai caught his eye. She thought perhaps she could gain a few more followers so struck a pose and moved on.

But the reaction to the pictures was greater than Yai could’ve imagined.

The artist shared two photos of Yai, which have now racked up over 11,000 likes and hundreds of comments on Instagram.

Speaking to the Boston Globe about when she realised her photos were going viral, Yai said: “My phone just started vibrating rapidly for a long, long time.

“At first, I honestly thought someone made a meme of me or something.” She said she didn’t really understand what all the fuss was about, admitting that she thought it was “an average photo.”

“At first, I questioned what everyone was seeing because I didn’t really see it,” she said.

“Honestly, I think that people get so used to seeing themselves that people don’t see their own beauty because they see it everyday.” But as her followers grew and the comments poured in, many members of the public urged modelling agencies to sign Yai. Then by Tuesday evening she’d been contacted by three agencies.

Yai says she’s always been interested in fashion and art but never thought she could actually be a model.

But now Yai would like to pursue modeling alongside her biochemistry degree.

“It was a dream that I always wanted, but I wasn’t sure if it was going to happen,” she said.