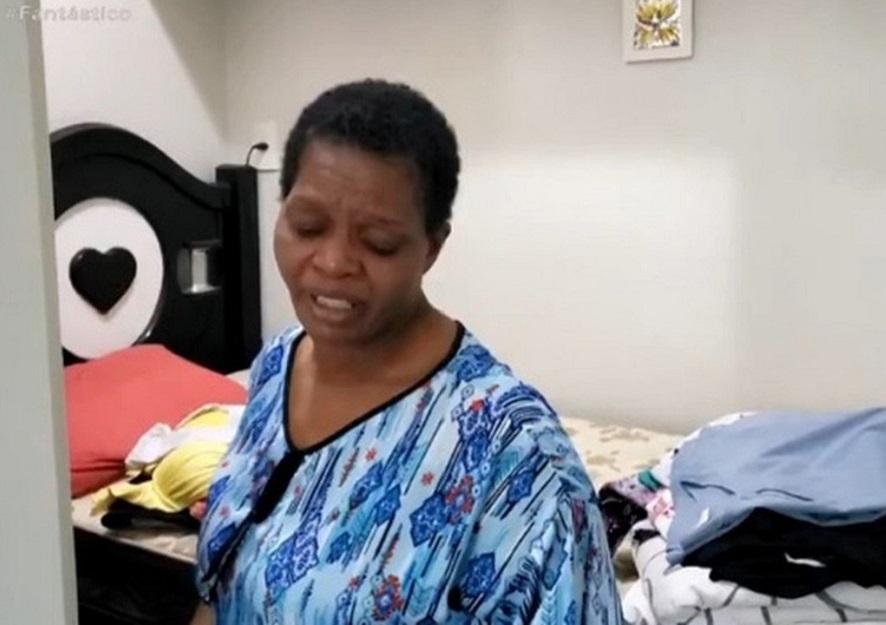 According to Face2FaceAfrica, Labor inspectors in Brazil have rescued a Black Brazilian woman who was enslaved from the age of eight and worked as a domestic servant – without receiving any remuneration or time off – for a White family for almost 40 years.

According to local television news magazine Fantástico, in an exclusive feature, the victim, identified as 46-year-old Madalena Gordiano, was found living in a small room without any windows at the residence in the southeastern state of Minas Gerais, Daily Mail reported. Gordiano’s poor parents reportedly gave her to the family of a university professor also identified as Dalton Cesar Milagres Rigueira. She was raised by the professor’s mother though she wasn’t officially adopted.

“I helped clean up the house, cook, wash the bathroom, wash the house. I didn’t play, I didn’t even have a doll,” Gordiano told Fantástico.

“They gave her food when she was hungry, but all other rights were taken from her,” the inspector in charge of the rescue, Humberto Camasmie, also told the Thomson Reuters Foundation.

Gordiano was rescued on November 27 following a tipoff from neighbors who said she sent them notes asking them to purchase food and hygiene products for her as she did not have any money. While in captivity, Gordiano was also forced to marry an elderly relative of the family so they could continue receiving his R$ 8,000 ($1,557) pension after his demise. She has since been allowed to receive those funds, and Labor prosecutors also said they’re in talks with the Rigueira family with regards to paying compensation to her.

“She did not know what a minimum wage was,” Camasmie said. “Now she’s learning how to use a credit card. She knows that every month she will be paid a substantial amount [from the pension].”

“The premature and irresponsible disclosure by inspectors and agents of the state, before a lawsuit recognizes … their guilt, violates rights and sensitive data from the family, and compromises their safety,” the lawyer said.