BLACK PARENTS ARRESTED AND THEIR BABY TAKEN AWAY FROM THEM! 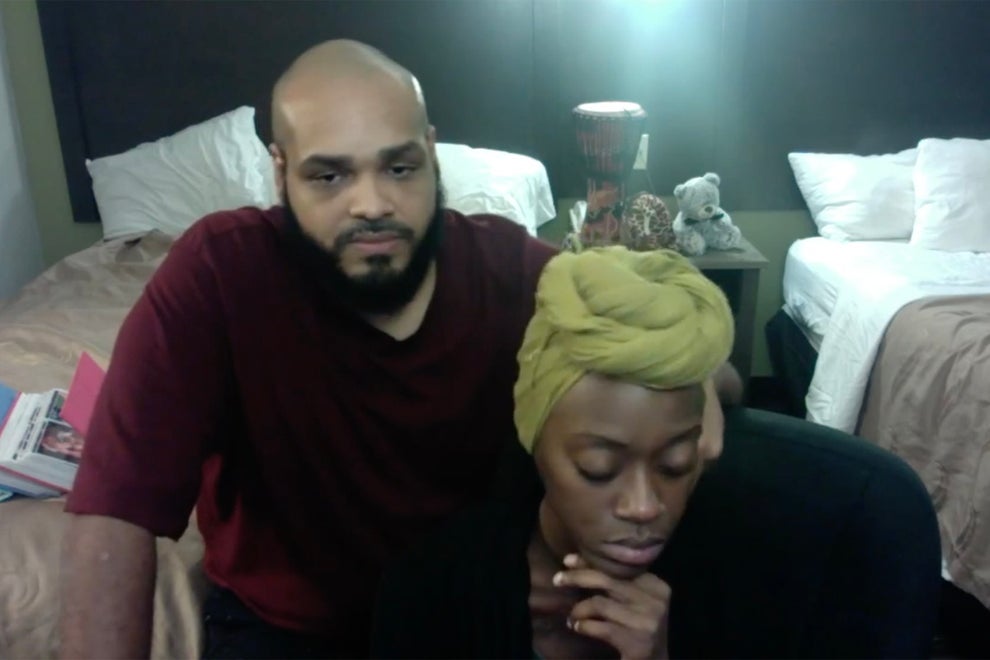 According to independent, Two parents were reunited with their son on Monday after several weeks apart, having been pulled over during a traffic stop that went south in Troy, North Carolina.

Raymond Sykes and Kaila Boulware, a couple from New Jersey, were driving to Florida to visit a relative  on the night of 3 December when they were pulled over, NJ Advance Media reported.

They were stopped because of “suspicious” driving, according to the official law enforcement account, which doesn’t match those of Mr Sykes and Ms Boulware.

Ms Boulware told NJ Advance Media that they were stopped because of a broken taillight and that they peacefully complied with orders, alleging that the officers pulled out their guns and beat Mr Sykes with a baton. The law enforcement account says neither Ms Boulware nor Mr Sykes was harmed. A picture on the gofundme page for the family show Mr Sykes holding up his arm, revealing a large bruise.

Law enforcement claim Mr Sykes hit one of the officers and that the car smelled of marijuana. The couple now face misdemeanour charges in North Carolina, both of them on drug possession charges, Ms Boulware for minor traffic violations and Mr Sykes for resisting a public officer and assault of a government official. They were handcuffed and put in separate cars and their 9-month-old son, Truth, was taken into custody, writes NJ Advance Media.

The gofundme page set up by a friend of Ms Boulware’s, Tiesha Brunson, has raised more than $30,000 for the family. Brunson wrote on the page: “On Dec 21, I have raised the amount to $30k because rather than being dismissed, Truth’s case is being transferred to NJ Child Services. Why?! I don’t know?! The couple also have to defend the charges for the arrest where Raymond was assaulted by the sheriff. They may have to travel back to North Carolina for that. THIS IS MADNESS!!!”

During a Facebook live stream on Sunday, Mr Sykes said: “We ran into people who were just looking for trouble.

“I turned around, and the guns were drawn at me, at my back, and the only reason why I’m alive is because my hands were up.”

“They’re trying to crush people that look like us, and when they see that a couple are unified, they try to break that apart immediately,” Mr Sykes added.

During the same Facebook livestream, Ms Boulware said: “They misjudged us, they lied, and they took our child.”

“They said we have mental issues and when I say ‘they’ I’m talking about the Montgomery County of Social Services of North Carolina,” Ms Boulware said.

There is no bodycam or dashcam footage of the incident.

The family’s lawyer, Jason Keith, wrote on Instagram that he was encouraged to take on the case by Ben Crump, the leader of the George Floyd family’s legal team.