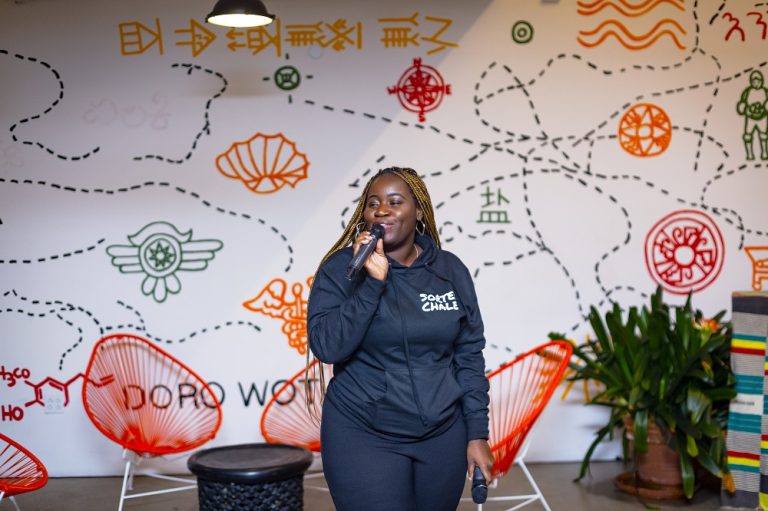 Vidette Adjorlolo is the founder and CEO of Sorted Chale, a Black-owned Ghanaian travel agency that offers tours throughout Africa. Sorted Chale, located in Accra, Ghana was founded after Adjorlolo experienced intense grief following the tragic death of Kobe Bryant in January 2020.

“I was a 26-year-old banker based in Hong Kong, living what to most people would be tantamount to the dream. Boozy brunches on Sunday, virtually tax-free salaries with a stellar reputation at work. Yet still, I was unfulfilled and wanted more,” Adjorlolo told Travel Noire.

Through depression and suicidal thoughts, Adjorlolo, a Ghanaian raised in the United Kingdom, couldn’t stop thinking about Kobe Bryant’s death and the impact he had on our lives. “Kobe Bryant could not have lived a more wholesome life, the man did what he loved and did it to his fullest capacity. Kobe died happy.”

By 2022, this Ghanaian travel agency has generated six figures in revenue. Adjorlolo has been invited to speak at Harvard University, and her company has attracted celebrities such as Chance The Rapper, Vic Mensa, and Bozoma St John.

Adjorlolo spoke to Travel Noire about her transition from a successful business executive to the establishment of a travel agency in Ghana:

In December 2020, in the midst of the covid19 pandemic, I decided to go against the odds and leave my comfortable job at HSBC Hong Kong and relocate to Ghana to launch Sorted Chale, a travel startup focused on providing authentic experiences for diaspora and international communities looking to explore Africa.

The death of Kobe Bryant prompted the decision to take a leap of faith. Following Kobe’s death, I was inspired by the fact that he spent his life doing what he loved and valued, but I was also terrified by life’s brevity and the need to live life with urgency.

My greatest fear at the age of 26 was that I would leave this world unfulfilled. The more I thought about it, the clearer it became to me that it was time to quit and embark on the adventure of building Sorted Chale, a travel startup dedicated to bringing diaspora and internationals to Ghana. So I sent an email to my boss telling him that life was too short and that I needed to live to the fullest.

By December 12th, I had gathered my savings, packed my belongings, and was on my way to Ghana to become the travel entrepreneur I had always wanted to be.

Many people thought this decision was insane and made no sense, but it made perfect sense to me. Because of the pandemic, the world of travel was moving slowly, and I felt that starting Sorted Chale would allow me to catch up with predecessors in the industry, which is exactly what I did.

Sorted Chale has now run curated experiences for universities such as Harvard, Wharton, Chicago Booth, and Virginia Darden. Sorted Chale has recently seen an increase in celebrity guests, or “chales” as they like to call them, such as Bozoma St John, Vic Mensa, and Chance the Rapper, who notably tweeted that his “serendipitous encounter with Sorted Chale changed his life.”

Tourism, according to Sorted Chale, extends beyond the fun and excitement of Ghana and Nigeria’s Detty December or the historical depth provided by Ethiopia and Egypt. Tourism is also concerned with Africa’s socio-economic advancement. As an entrepreneur, I am constantly asking myself what role I can play in addressing major social issues such as underemployment in Africa.

I understand that Sorted Chale cannot solve all problems, but it can certainly help to solve some. Sorted Chale’s dedication to resolving social issues is reflected in its hiring of young people. Currently, the company has an 80 percent Gen-Z workforce, and in December 2021, its busiest season, it defied all expectations by paying employees a daily rate that was 20 times the Ghanaian minimum wage for seasonal roles.

If I live long enough to see as many people travel to Africa as they do to South East Asia and Europe, I’ll be proud to have been a part of the generation of travel entrepreneurs who made that possible.

The Meaning Of Sorted Chale:

When asked what Sorted Chale’s role in Africa was, I enthusiastically stated that Sorted Chale’s role is identifiable by its name. The word “Chale” in Ghanaian lingo means “Friend” or “brother” (among other things), and Sorted Chale wishes to see the word “Chale” internationalized across the globe, as it represents community and friendship. Sorted Chale’s core belief is that a “stranger is a friend you’ve never met before,” and their mission is to ensure that everyone who experiences Africa with them feels the warmth and community they seek to build, while also knowing that everything they do on the continent of Africa is sorted.