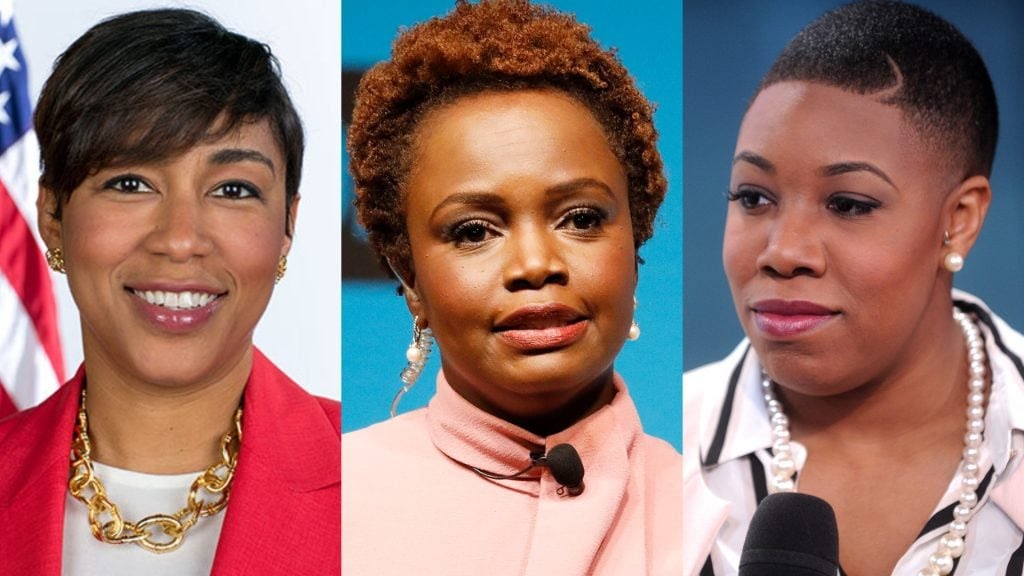 History has been made in the United States, as the President elect has rewarded three black women with communication roles. The three black  women on the team are Symone Sanders, Karine Jean-Pierre and Ashley Etienne.

Symone Sanders, Ashley Etienne and Karine Jean-Pierre, were both senior advisers and two most visible black women in Biden’s campaign team. President-elect Joe Biden has filled out his economics and communications teams, enlisting mostly women, for the incoming administration.

His transition team says it’s the first time in history that the positions will be filled entirely by women. Biden has emphasized the elevation of women to key roles in his administration. His running mate, Sen. Kamala Harris, will become the first female vice president, and he is set to nominate former Federal Reserve Chair Janet Yellen to be the first female treasury secretary.

The announcements came as Biden has been criticized for not appointing enough Black people to key roles in his administration. Biden famously pledged to pick a presidential cabinet that will “look like America.”

“Communicating directly and truthfully to the American people is one of the most important duties of a President, and this team will be entrusted with the tremendous responsibility of connecting the American people to the White House,” Biden said in a statement.

Biden furthered; “These qualified, experienced communicators bring diverse perspectives to their work and a shared commitment to building this country back better.” 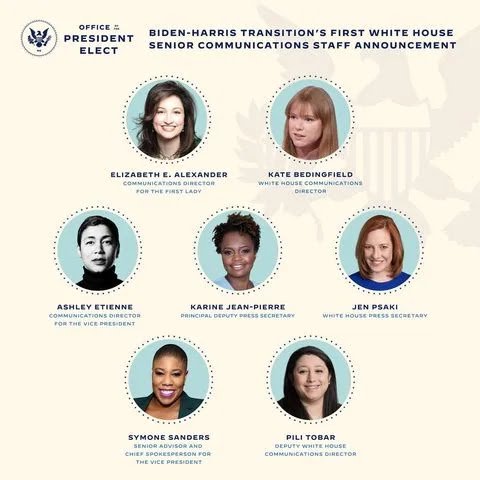 Etienne, who served as a Senior Advisor on the Biden-Harris campaign, will now step in the role as the Communications Director for the Vice president-elect.