Born Again Christian! Lamar Odom Says He And His Fiancé Are Not Having Sex 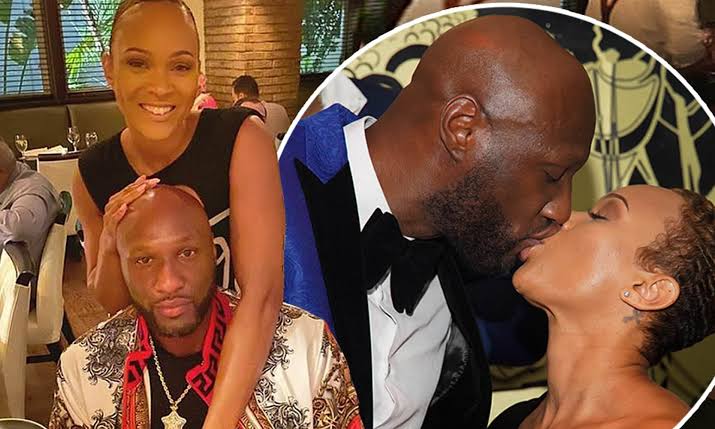 This is quite funny considering Lamar Odom’s History but then again, Nothing is impossible.

Lamar Odom and Sabrina Parr, revealed to  Hollywood Life, noting the decision was actually made by Lamar! He has been going to counseling with a pastor, who made the suggestion as a way to strengthen his sobriety.

Lamar recently gave his life to Christ, and Sabrina says she wants to work with him to keep up his relationship with God. She says seeing as though he’s newly saved, its important she follow his lead.

“I allowed him to make a decision. But I said, ‘Whatever decision you make, let me know.’ And he really made the decision to not have sex until we get married, which is kind of way he wants to rush the marriage,” she says. “But I’m just in no rush.”

The pair recently got engaged after his 40th Birthday, amidst speculations and had fans surprised. They are set to be married soon. But till then, they are not eating the cookie.

Sabrina reveals that the decision is tough and has not been easy—“He’s doing very well with it, surprisingly. I just really thought this would be a struggle for him, just because he’s never had to abstain from sex before. I don’t think he’s ever considered it.”

She continues saying: “The more I think about it, I try not to think about it. I’m like, ‘Oh my god, we’re not going tome it,’” she said.

Well, we wish them both the best. Lamar Odom has definitely not remained the same after the Kardashians.