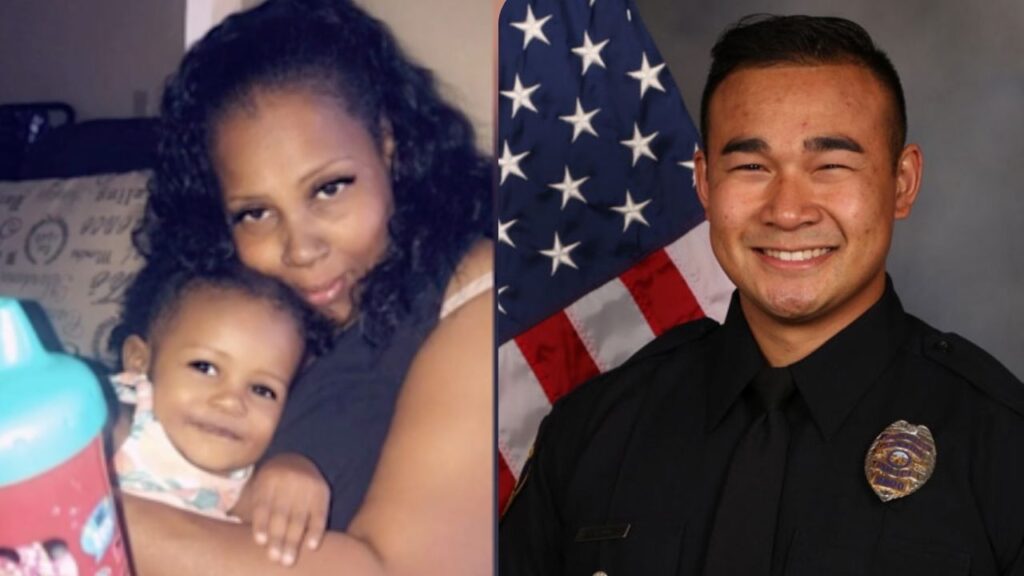 A Stockton police officer shot and killed 54-year-old Tracy Gaeta after she backed into a police vehicle.

Police brutality and excessive force are two of the biggest issues the Black community faces regularly across the world.

Sadly, a 54-year-old Black woman in California was the latest victim to prove that theory as fact after she was gunned down by a Stockton police officer that fired 30 shots at her car for backing into his cruiser.

According to a family lawyer, the officer used excessive force on the victim who they say was unarmed.

Although the incident took place on February 22 when K-9 officer Kyle Ribera fired over 30 shots into Gaeta’s vehicle, body camera footage was not released until April 7.

The police department reports that the incident started after Gaeta was seen hitting a police SUV at a red light on a surveillance tape.

She was then pursued by Ribera, and after stopping at a dead-end, Gaeta backed into the officer’s car.

Video from the body camera shows Ribera firing 18 shots into the victim’s vehicle.

Other several shots were fired by the officer and it wasn’t until he switched out his service weapon’s clip that he was seen yelling for the driver to raise their hands.

Once the clip shows Gaeta driving and reversing away from Ribera, he is seen opening fire again, shooting his weapon into her car over a dozen times.

She was pronounced dead after being transported to a local hospital.

“No matter what was going on with her- even if she had committed a heinous crime – he didn’t have the right to shoot her,” said family attorney Gary Gwilliam in a statement. “She never threatened him.”

Gaeta’s family has not filed a lawsuit and does not have immediate plans to do so, Gwilliam said, adding that they are “mainly interested in why she was killed and what the circumstances were.”

He said it’s unclear why Gaeta ran into the police vehicle or fled the stop.

She lived in Sacramento, roughly 50 miles north of Stockton, and her relatives weren’t sure what she was doing there.

Gaeta has no history of serious mental illness, Gwilliam said, or a criminal record.

He added that she was depressed from a recent breakup.

In a statement released by Gwilliam’s office, Gaeta’s daughter, Tressie, recalled her as a “loving, caring grandmother” and the “life of the party.”

“My children and I are going to miss her tremendously,” she said. “I hope that we can find justice because she did not deserve to die like that.”

According to a policy adopted by the Stockton Police Department in 2019, officers are “generally” prohibited from firing at fleeing vehicles.

It wasn’t immediately clear if the policy is current, but it says a decision to fire at a moving vehicle must be based on the “most compelling circumstances.”

Officers are required to avoid putting themselves in situations where they have to use a gun to protect themselves, the policy states.

At this time it is up to the local district attorney’s office to determine whether or not Ribera will face criminal charges.

A spokesperson from the department also says that the incident is currently being investigated.