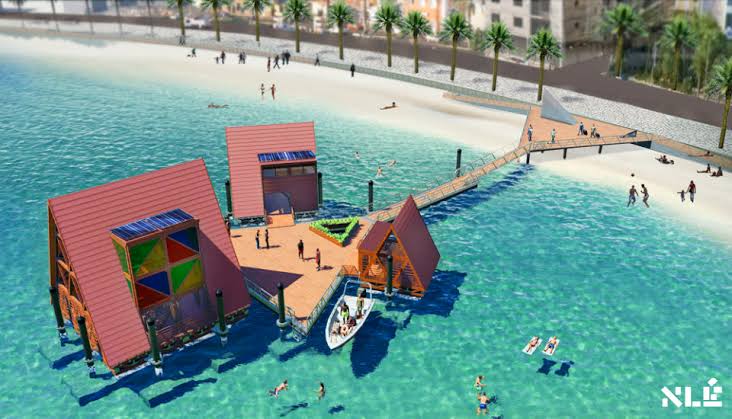 Nestled in a mix of disco and neon lights cuddling the Atlantic, situated in the beautiful bay of Mindelo, on São Vicente Island in Cape Verde; The Mansa floating hub is a zone for creatives, artists, and activists. Its founders say the place will act as a catalyst for content creation; while also giving creatives a space to integrate and a chance for mentorship to foster tangible pan-Africanism.

The hub for us is a space, a platform, for all African creators and the whole world so that they can find themselves, create and flourish. Whether in fashion, in music, in the kitchen – in any art in general,”; says businessman Samba Bathily, the brain behind Mansa floating hub.

A mural of Cesaria Evora, the Grammy-winning Cape Verdean singer looms large over the city of Mindelo. It owes its fame to her.

Igo Diarra, the director of the famous Medina gallery in Bamako; has opened a new showroom in the city with a tribute to legendary photographer Malik Sidibé.

The structure of the Mansa Floating hub reflects African culture

Inspired by Cape Verde’s rich cultural and environmental resources, Mansa was designed and built by renowned architect Kunlé Adeyemi. The structure is an adaptation of the innovative MFS™ (Makoko Floating System) – a modular and prefabricated floating timber construction system for structures built on water.

“We were thinking about a structure that reflects the African culture,” said Kunlé Adeyemi, the founder of NLÉ Works. 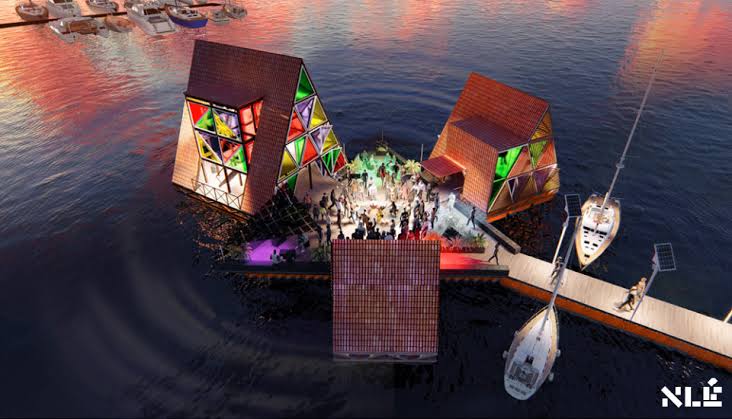 World-famous fashion designer Alphady from Niger staged a show titled “Traversée du Dessert”; which reflects the historical desert voyages of Mansa Musa, the ninth Emperor of the Mali kingdom, as he traveled on his pilgrimage to Mecca in 1324.

“Mansa Musa was Malian and the world’s first billionaire – an African, a Malian. It is [this collection] a way to show the world that Africa is rich; that Africa is capable, Africa has an incredible thing – its beauty and its way of being,” said Alphady.

The creators of Mansa Floating Hub hope to turn the city of Mindelo into the cultural capital of Africa.