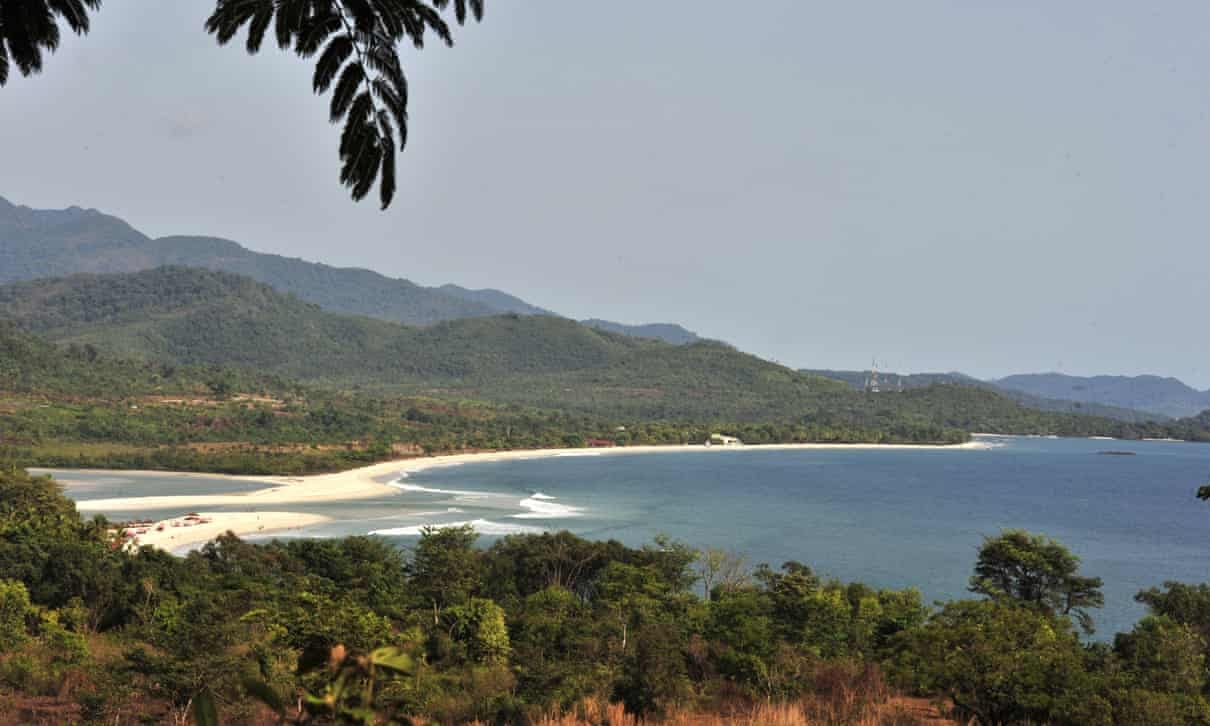 A $55m deal struck by the government of Sierra Leone with China to build an industrial fishing harbour on 100 hectares (250 acres) of beach and protected rainforest has been criticised as; “a catastrophic human and ecological disaster” by conservationists, landowners and rights groups.

The gold and black sands of Black Johnson beach fringe the African nation’s Western Area Peninsula national park; which is home to endangered species including the duiker antelope and pangolins. The waters are rich in sardines, barracuda and grouper, caught by local fishermen who produce 70% of the fish for the domestic market.

Citizens in Sierra Leone are shocked by the move of the government in Freetown.

The deal, which was evidenced by documents shared by Chinese officials and confirmed by the ministry of fisheries would give the China-backed fish-meal plant; massive unlimited access to a gold and black sands rich beach; and the previously protected Western Area Peninsula national park rain forest which is home to various endangered species in West Africa.

Chinese companies’ operations in Africa have been long accused of environmental pollution and overfishing; and environments are concern that this move by the government in Sierra Leone would lead to more destruction of the environment; and further depict the aquatic resources of the state. This has contributed to the growing Anti-Chinese sentiments in Africa.

Statement By Government Of Sierra Leone

The Sierra Leonean Fisheries Ministry has confirmed the deal, following a wide outcry over social media but; was quick to deny that the said deal and planned construction was for a “fish mill” in a statement that further confirmed the facility would be a harbor; “for tuna and other bigger fishing” adding that, the harbor would include a; “waste-management component” to “recycle marine and other wastes into useful products”.

The government continues to insist that the location of the forest and waters in question is the; “most suitable place” for such a project. It has further indicated that the government [has] set aside a compensation package at the tone of 13.76bn leones (1,160,501.00); for landowners who may be affected by the project.

Emma Kowa Jalloh, Sierra Leone’s fisheries minister, maintained that the plan was for a harbour and not a fishmeal factory. She argued that “there is no fish mill [sic] going in at Black Johnson. What we are doing is a fish harbour that will be built by the Chinese government. A fish mill is something where you go and catch all the baby fish and grind it into food to give to piggeries; and fish in aquaculture – and that is so not true.”

Tito Gbandewa, a former fisherman and owner of an ecotourism business on the beach; and owns about 1.2 hectares of the land in question, cried that; “If they [government] do this here, the water will be dirty, there will be a lot of oil and noise, the trawlers will be all around.” Adding that local fishermen would be left without fish if the project is to be carried on. He further cautioned that tourism would be affected greatly. Several over activists, including Dr. Sama Banya, president emeritus of the Conservation Society of Sierra Leone, echoed Gbandewa’s comments.