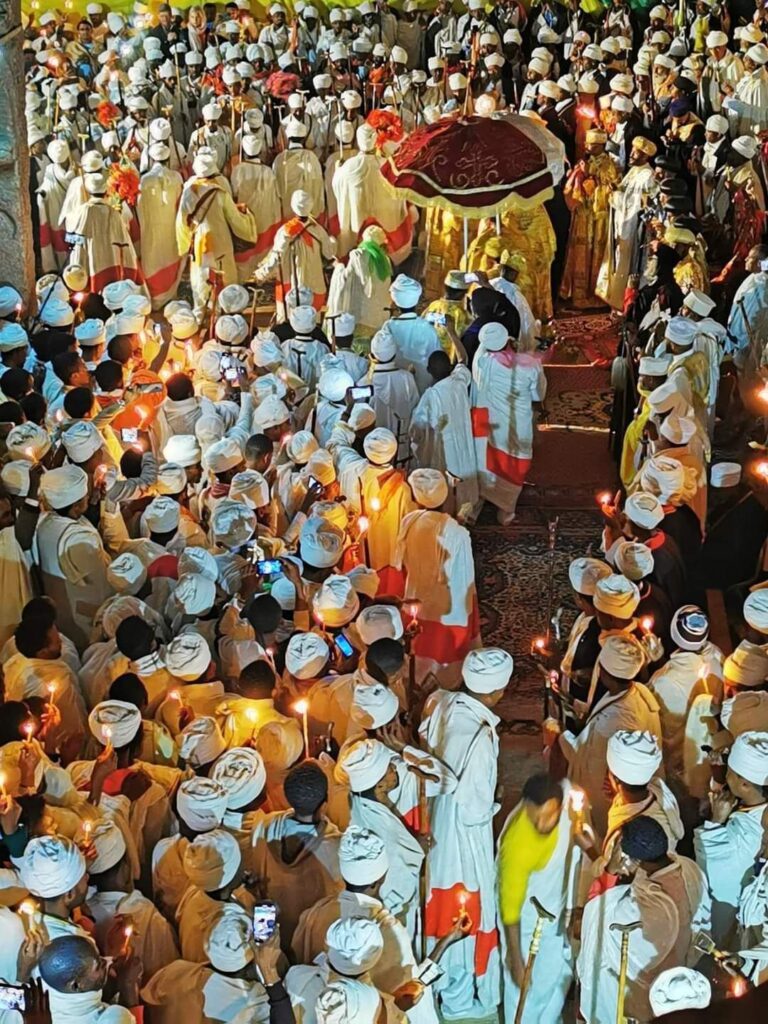 Ethiopians around the world together with the Rastafarian community and Orthodox churches in Greece, Russia, Serbia and Eritrea marked Christmas day/Genna yesterday, 7th January 2022. This comes two weeks after the rest of the world celebrated Christmas Day on 25th December 2021. 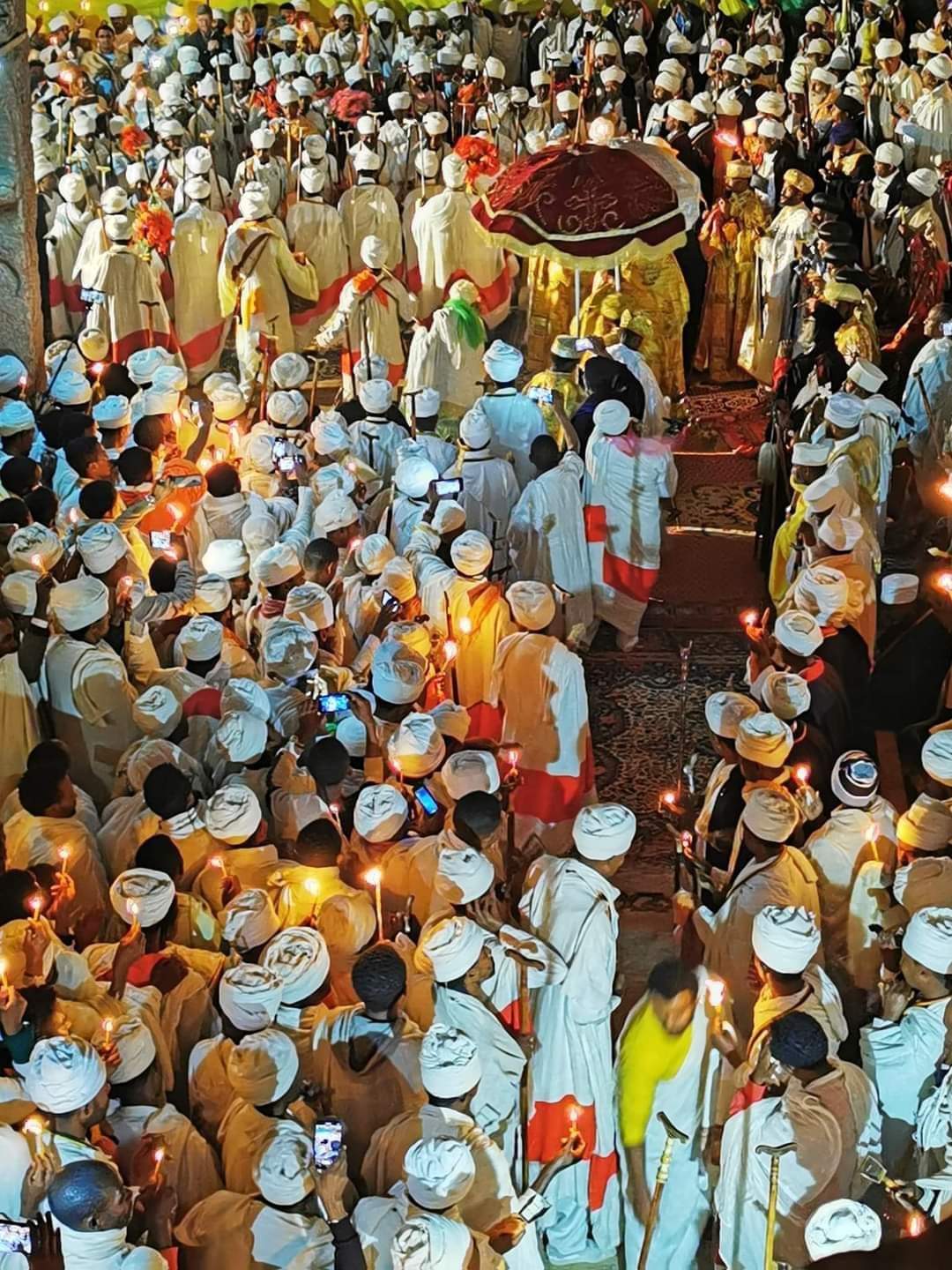 Explaining the happenings to The Voice, Mistre Selassie Tamerat, a community leader in Ethiopia noted that it was still 2014 in the country and that the citizens who had been fasting for 40 days were going to break the fasting yesterday. “It’s 2014 in our calendar and our great grandfathers had their own accurate knowledge of astronomy, so the calendar is based on effective knowledge of the universe and also The Almighty, if you look at it in a religious way. The Ethiopian Orthodox Tewahedo Church- which is the owner of the Ethiopian Calendar- believes Christmas is on January 7. The church has played a significant part in shaping our country, beliefs and traditions”, said Tamerat.

Ethiopia uses an ancient Ge’ez calendar that was adopted from the Ethiopian Orthodox Tewahedo church. This calendar has 13 months and calculates the date Jesus Christ was born as January 7. It’s also seven years behind the Gregorian calendar used in the other parts of the world- that’s why it’s still 2014 in Ethiopia.

Different events were held to mark Christmas day yesterday. The Rastafarian community in different parts of the world gathered in a traditional Nyabinghi to mark Genna. The event was characterized by chanting, prayers, burning of Frankincense and drumming. Besides the Nyabinghi celebration, the Rastafarian community also held a special meeting that entailed worshipping and praying at the Fairfield House in Bath. This is the former house of Emperor Haile Selassie 1.

“This year we will be holding a banquet and I will be cooking the meals along with chef Priest Simieon, who is the founder of Forward to Ethiopia, a Rasta catering and herbal business. We will then be holding lses, which is giving thanks and praise, singing our sacred songs, we will have the drummers for a few hours and then we will be reasoning”, said Selassie from Easton Bristol.

“Fairfield House is the most fitting place for us as Rasta’s in the UK to gather and worship, as it is the house that Haile Selassie brought and actually lived in while in exile. For Rasta people, it is a safe haven, because you are in God’s house that he lived in and walked through, it is like our home, it is a very special building”, she continued to note.

On his part director of Fairfield House Bath CIC, Ras Benji had this to say, “For Rastafarians to celebrate Ethiopian Christmas and to be in harmony with the Ethiopian calendar is important because not only are we celebrating the birthday of Iyesus Kristos (Jesus Christ), it connects us the authentic customs and traditions that His Majesty would practice and acknowledge”. 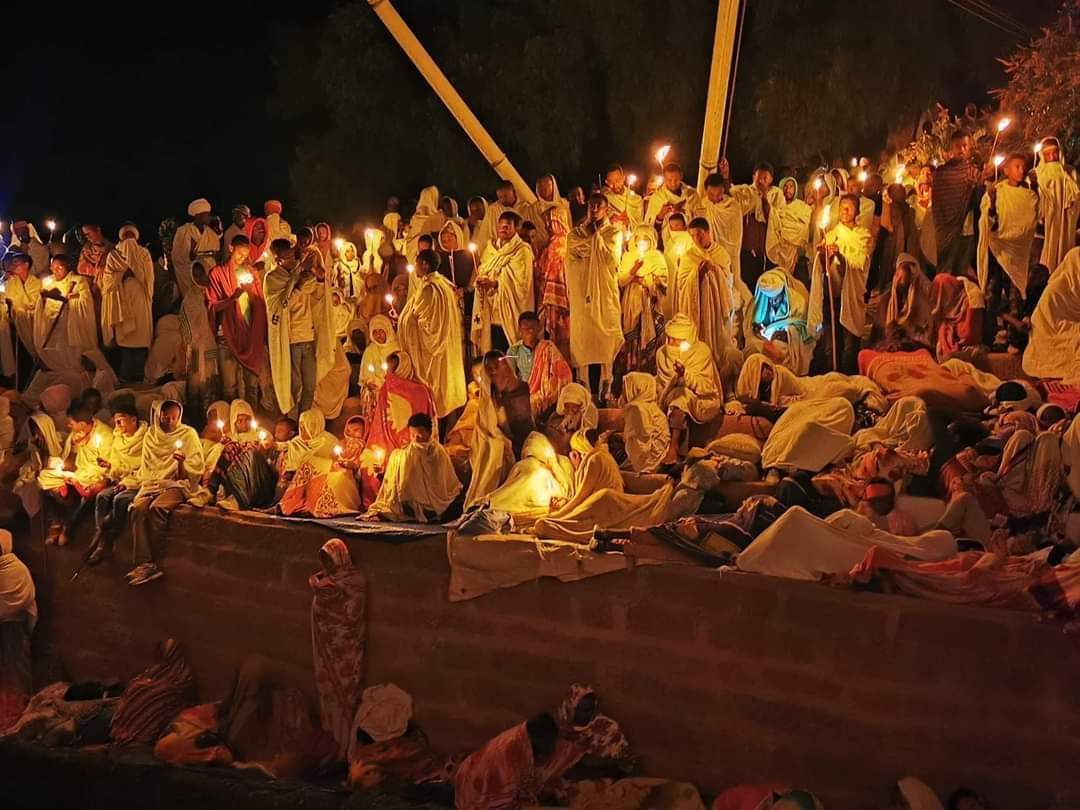 Rastafarians represent a religious, cultural and spiritual movement that was started in Jamaica around 1930. They believe that the last Emperor of Ethiopia, his majesty Haile Selassie 1 is the second coming of Christ.

In Ethiopia, Genna preparations had been taking place for weeks with some Orthodox Ethiopian Christians fasting for 40 days. Explaining what was to happen yesterday Ms. Selassie Tamerat said, “We have been preparing the spices for the food and our traditional beverages called Tella and Tej have been made in advance. On Christmas Eve, the girls will make our national bread Injera, which is made from a grain called Teff-that is only grown in Ethiopia. The man of the house will slaughter the Doro (Chicken) at midnight and we will stay up with our family and neighbors- which is really fun”.

This year’s Genna in Ethiopia was marked with a large influx of people who had adhered to the government’s call of, “ Great Homecoming Challenge”, announced last month.