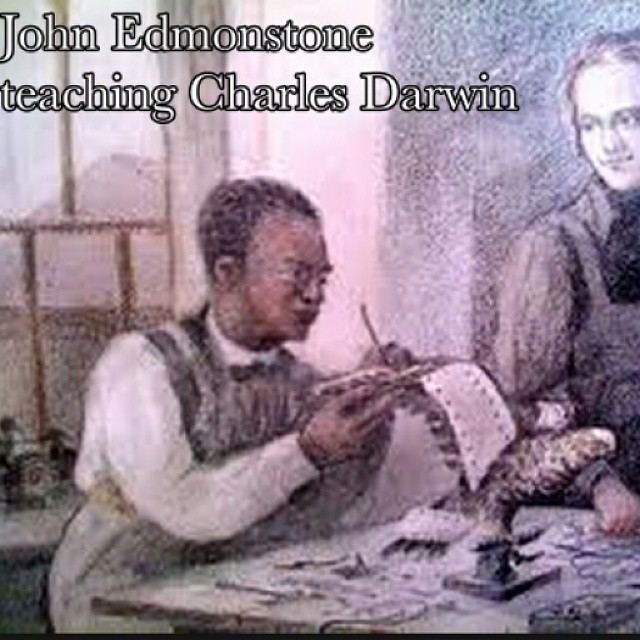 John Edmonstone is remembered as a man who influenced one of the greatest men in the history of science, Charles Darwin. John was born into slavery on a wood plantation in British Guiana towards the late 1700s. He spent his early years in the plantation in the Demerara region owned by Scottish politician Charles Edmonstone.

It is in this plantation where John’s interest in natural science was sparked. While here, John met with Charles Waterton, a friend and son in law to his master, Edmonstone.  Charles Waterton was a renowned naturalist and explorer and he took John under his mentorship. The two would travel miles away to learn about taxidermy.

In 1817, John moved to Scotland with his master. The move granted him freedom and was able to move and settle in Edinburgh. Here, John used the skills learnt from Charles Waterton to earn a living. John would stuff birds at the Natural museum and teach taxidermy to university students.

How John Met with Charles Darwin

In 1825, a young dreamer by the name Charles Darwin registered at Edinburgh University for a medicine course. Darwin was 16 years at the time and living with his brother, Erasmus on Lothian Street. This happened to be the same street where John was residing.

Few weeks into medicine classes, Darwin realized this was not his thing. He therefore decided to try John’s lessons on bird taxidermy to supplement what he was learning from the university. Five years later, medicine was a thing of the past to Darwin who was now a natural specialist on the Beagle. The skill taught by John Edmonstone helped Darwin preserve the birds that formed his ideas about evolution.

Darwin noted in his autobiography, “A Negro lived in Edinburgh, who had travelled with Waterton, and gained his livelihood by stuffing birds, which he did excellently: he gave me lessons for payment and I used often to sit with him, for he was a very pleasant and intelligent man.”

John charged Darwin one guinea for an hour every day for two months.