CHECK OUT 6 WOMEN MAKING WAVES IN THE AFRICAN ENTERTAINMENT INDUSTRY 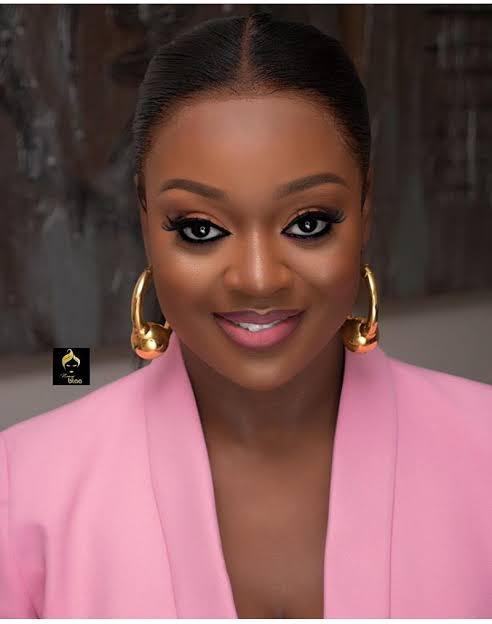 The African entertainment industry has been capturing the attention of the world, with its rich culture, authentic stories, and unique music, being made by outstanding women in the industry.

Here is the list of six women, who are making waves in the African entertainment industry and beyond.

Jackie Appiah is a seasoned Ghanaian actress, spokeswoman, and brand ambassador. She is known as the Queen and Maestro of the movie industry in Ghana, Nigeria, and beyond.

Appiah started her acting career at the age of 12 when she starred in the TV series Things We Do for Love. Further got featured in the hit movie Beyoncé, The President’s Daughter, alongside well-known Ghanaian actors Van Vicker and Nadia Buari.

Jackie’s acting career was recognized in the movie industry; with several honors, nominations, and awards in Ghana, Africa, and the Diaspora. 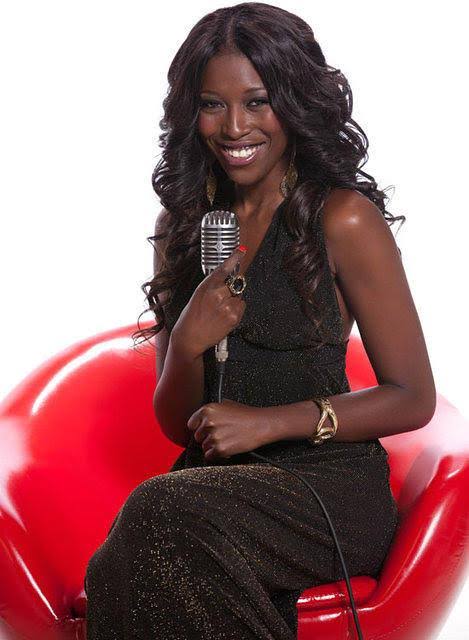 Vimbai Mutinhiri popularly known for being a housemate on Big Brother, is a Zimbabwean model, television personality, actress, and musician.

Mutinhiri lived in different countries right from a young age. She was born in Zimbabwe but raised in Serbia and Johannesburg, South Africa.
During the period of her birth, her parents served as cabinet ministers in Zimbabwe and frequently traveled.

Her career took up, at the age of 15 years as an actress in Zimbabwe, when she starred in the short film Who’s In Charge. The film was featured in the Zimbabwe International Film Festival in 2001.
She was also captioned on ‘Studio 263’ in 2009.

Vimbai worked as a full-time model during her stay in South Africa. Studying Politics, Philosophy, and Economics at the University of Cape Town.

She was named Miss Global Face of Bio-Oil after doing numerous campaigns for the company and has also worked on several campaigns for major companies including MTV Base, Estee Lauder, and Zain.

With her television work, Vimbai landed a presenter spot on Africa Magic’s Strategist, which is a daily entertainment show in 2012. She has also done hosting work for prominent entertainment events, and even released a music album titled Vimbai in 2011.
She’s known to be among the top outstanding women in the African entertainment industry today. 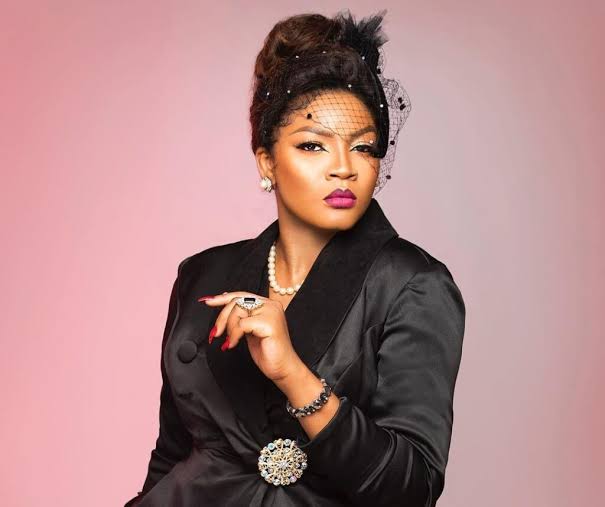 Omotola Ekeinde popularly called the Queen of Nollywood is one of the most successful actresses to emerge from Nigeria’s film industry. With about over 300 films she starred in, Omotola was named as one of the Top 100 Influential People in the World by Time Magazine.

Omotola began working as a model at the age of 15 when she lost her father and had to support her family. Two years after, she made her film debut with a lead role in the movie Venom of Justice.

Her performance as the main character in the famous movie Mortal Inheritance won her the prestigious Thema Awards 1996/97, for the Best Actress in an English-speaking role and Best Actress Overall.

This propelled her career in making her one of the most sought-after actresses in Nollywood, starring in top movies such as The Lost Kingdom 2 and Kosorugun 2. She further earned awards such as a Grand Achiever Award at the Global Excellence Recognition Awards in 2004.

As a musician, she released her first album titled GBA in 2005 followed by her sophomore album titled Me, Myself, and Eyes. She collaborated with prominent international songwriters such as Drumma Boy and Jon Jon Traxx and has also worked with R&B artist Bobby Valentino.

As an outstanding human rights campaigner, Omotola’s philanthropic efforts are centered on her NGO (Omotola Youth Empowerment Programme), which brings thousands of youths together every year for empowerment and conventions.
In 2005, she became a United Nations World Food Programme Ambassador, and in 2011 became an Amnesty International campaigner. One of her most current campaigns was a call to the government and oil companies, in cleaning up the Niger Delta. 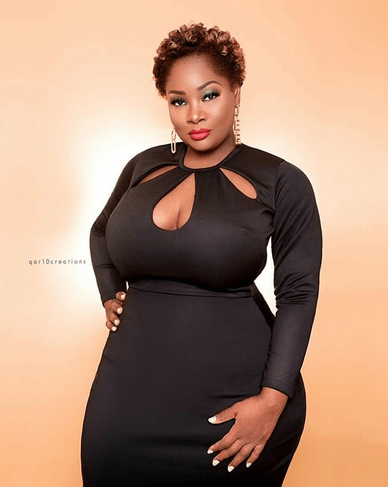 Tolulope Toolz is a thriving businesswoman in media who got into the medical field. Only to realize that it wasn’t for her after a year of studying chemistry. She switched to studying business and communications at the University of Westminster.

Tools further went on to work in sales for about eight months before landing a job that sparked her passion for entertainment at MTV Networks Europe.

She later moved to the Walt Disney Motion Pictures Group. But her thirst for a fresh challenge and adventure led her back to her home country, Lagos Nigeria.

During that period, someone Toolz knew encouraged her into auditioning at one of Nigeria’s top urban radio stations called The Beat 99.9FM. She nailed the audition and was given a weekly slot.
Toolz quickly moved up the ranks to hosting her radio show called ‘The Midday Show with Toolz. The show was considered to be one of Nigeria’s most popular media personalities.

Outside of her radio work, Toolz also contributes to the MTV Base Official Naija Top 10 show. And twice served as a judge for the Channel O Music Video Awards. 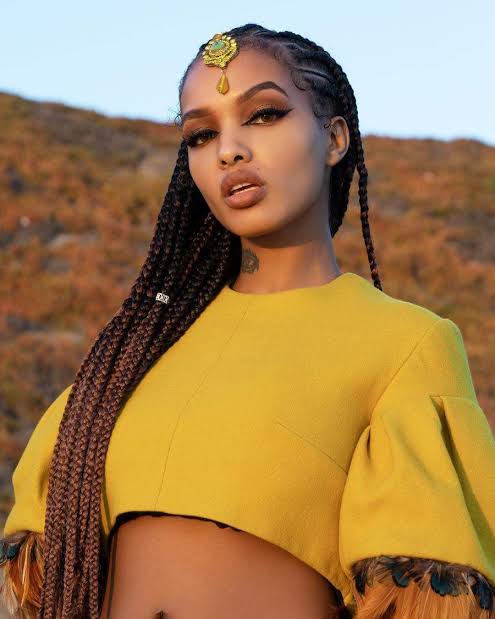 Fershgenet Melaku popularly known as Lola Monroe; is an actress, ex-model, and hip hop artist of Ethiopian and Trinidadian descent living in the United States.

Born in Addis Ababa and raised in Washington D.C; her curiosity in the arts was sparked when she began writing poems and songs at the age of 12.

Lola burst into the music scene with her first mix titled Boss Bitch’s World. Followed by The Lola Monroe Chronicles and a collaborative tape with the now-incarcerated Lil’ Boosie, called The Untouchables.
These mixtapes led her to BET’s Best Female Hip Hop Artist nomination in 2011. That same year she was signed to Wiz Khalifa’s Taylor Gang label, which houses artists such as Ty Dollar $ign and Juicy but parted ways with the label after two years.

Lola got her first big break when she was discovered by her manager’s partner who was a photographer. She did her first modeling publication work and was soon spotted by rapper 50 Cent who then featured her in his music videos.

She also created the Bosset movement, which is a social movement centered on female empowerment. In an interview with Global Grind; she revealed that one of her darkest moments was being abused by an uncle that she was living with when she was a teen. This experience led her to create the Triumphant Angel Foundation, which focuses on helping those affected by abuse. 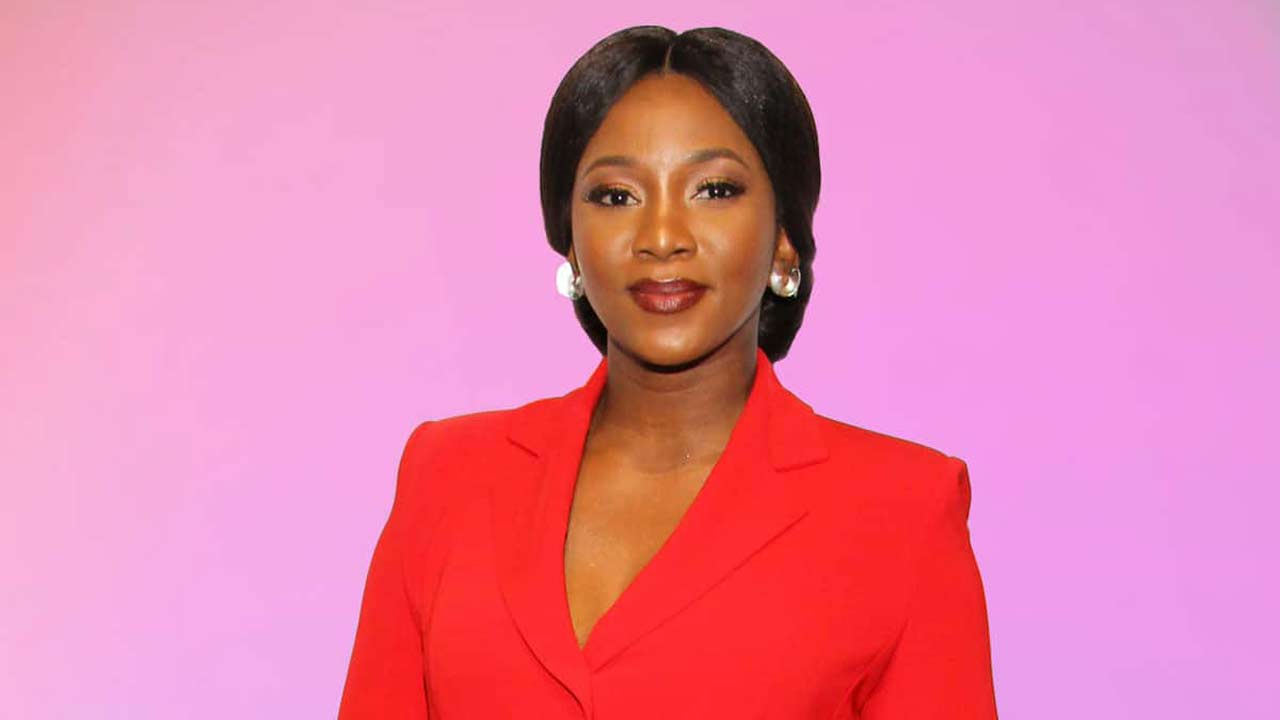 Genevieve Nnaji is a Nigerian actress, model, singer, producer, and director. She won the Africa Movie Academy Award for Best Actress in a Leading Role in 2005, making her the first actor to win the award.

In 2009, she was referred to by Oprah Winfrey, as the Julia Roberts of Africa. Her name became a household name and her image the desire of every young girl.