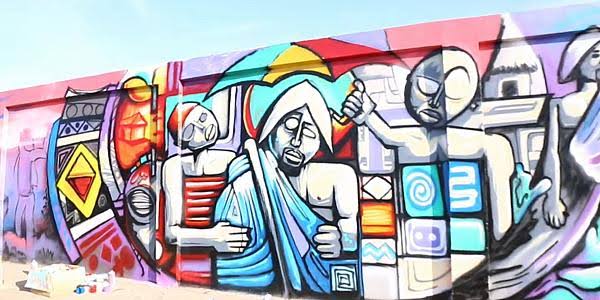 The graffiti wall in Cotonou benin city The wall is a sort of outdoor museum of more than 940 meters in length; home to the visual spectacle that is Africa’s longest graffiti mural; and obtaining a world record title for the West African country.

Commenting on the mural and project, a volunteer manager of the artistic project, Jean Marc Ouinsou says; “Deep down, people don’t know who is really behind it. But when we pass by, we say to ourselves,

“Here I am, I contributed to this, it’s for my country, we gave strength so that there is colour and beauty.

“I love colour, I love drawing, I love graffiti, I love music, I love art.” 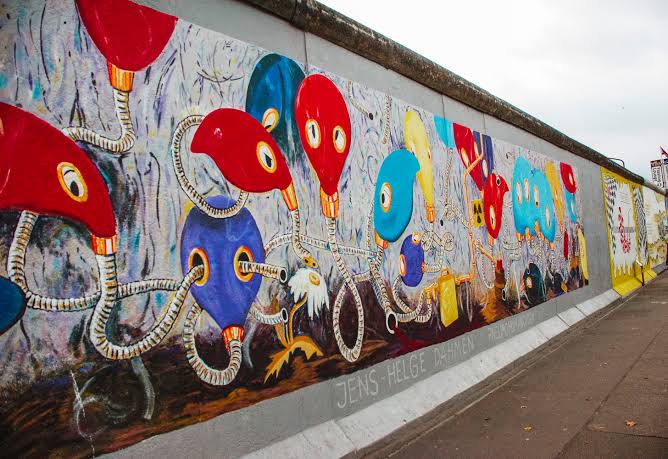 The work of art is attributed to 40 graffiti artists from both the African continent and abroad.

Professionals in the art of spray painting who responded to the invitation of the seventh edition of the Graffiti Effect Festival.

The artistic festival has the underlying mission to garner more artistic colour to the walls of Cotonou that; tell the rich story of and pay homage to, the essence of Benin’s ancient kingdom of Dahomey.

Seencelor la Bombe, a local graffiti artist, shares a historical look into his work which is one part of a combined whole of mural vibrancy.

“My work in the purple background you see is about King Gbehanzin, the former king of Dahomey.

“You will often notice that he is in the middle with his pipe with two women behind him, one of whom is holding the parasol and the other just standing.

“This gentleman inspires me a lot.”

Laurenson Djihouessi, a promoter of the Graffiti Effect Festival, shares his insight into the local response to the project.

“The Beninese public has appropriated the work, which is a great plus. They identify and see themselves in the works.

“This is part of our objective and we are really happy to know that the population has appropriated the work.”

Africa’s longest graffiti wall; which has already received the appreciation of the Beninese authorities, does not only celebrate the country’s historical blueprint; but like the 2020 cultural renovation project of the nation’s historic Ouidah Fort; will also give a cultural boost to Benin’s tourism sector.